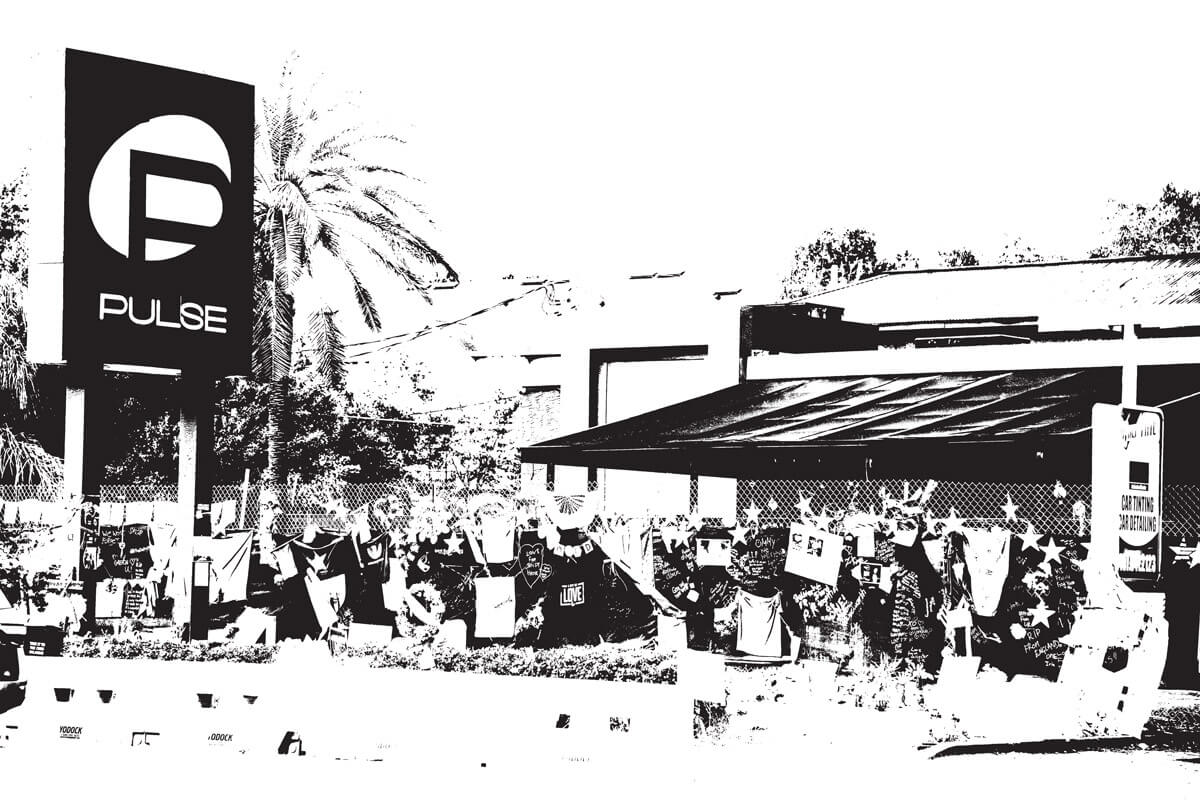 In the 20 months since a 29-year-old man staged the deadliest act of violence against the American LGBT community, activists in a support group for survivors of the Pulse nightclub shooting in Orlando had tried in vain to move the state legislative needle on any issue related to assault weapons.

On Feb. 12, members of that group traveled once again to Tallahassee to voice their anger. Two days later, those voices were amplified by another wave of survivors.

However, that wasn’t the only reason why, in the days that followed the deadly episode at Marjory Stoneman Douglas High School, Sylvia Serrano and her friends traveled to Parkland to visit with students and parents.

“This one hit home,” says Serrano, one of the 300-some people inside Pulse on June 12, 2016. “I have four grandchildren. You know what I was doing last night? I was teaching two of my grandchildren how to hide from a shooter. Go away from the gunfire. Don’t be curious. Hide in a closet. Don’t move until someone opens the door. I can’t believe I had to sit there with a 10-year-old and 13-year-old and explain how to hide. At school!

“Something has to be done. We keep showing you bodies. Show us what you’re going to do about these guns.”

Serrano, who lives in Deltona in Volusia County, traveled with other survivors of the nightclub shooting that left 49 dead and 58 wounded. They met with MSD students, shared their own experiences and offered ongoing support.

The Pulse support group has roughly 70 members, Serrano says. In addition to face-to-face meetings, they connect with each other through a private chat room. On the nights she has trouble sleeping, Serrano says, she’ll log on to the chat room and find 10 to 15 survivors online.

“When you hear about another shooting, it instantly takes you back to that night at Pulse,” she says. “Some of us handle it well, some of us don’t.

“When I turned on the TV after the [October 2017 Las] Vegas shooting [which left 58 dead and nearly 900 wounded in the worst mass shooting in U.S. history], I heard that sound—that rat-a-tat, tat, tat, tat, tat, tat. That sound will never, ever leave my mind.

“I’ve been in my kitchen washing dishes and my grandkids are in the living room, watching an action movie. And, all of a sudden, I hear—tat, tat, tat, tat, tat, tat. You know how many times my kids have picked me up off the kitchen floor? You instinctively hit the ground.”

Serrano rolls up her shirt sleeve to reveal small, white, bleached marks on her skin. In addition to being nicked in the ear with bullet fragments, these spots are the physical reminder of her encounter with the bullets used in the Pulse shooting. Once they hit something—whether a person or the wall—tiny black pellets dispersed and scorched exposed flesh.

She understands all too well that the students at MSD have a long healing road ahead. But Serrano is hopeful that this group of survivors finally will change the legislative conversation in Tallahassee and Washington, D.C., when it comes to guns.

“These are our children,” she says. “This was our future. These kids could have been doctors, maybe the next president. You have 17 bodies here. When is enough, enough?”