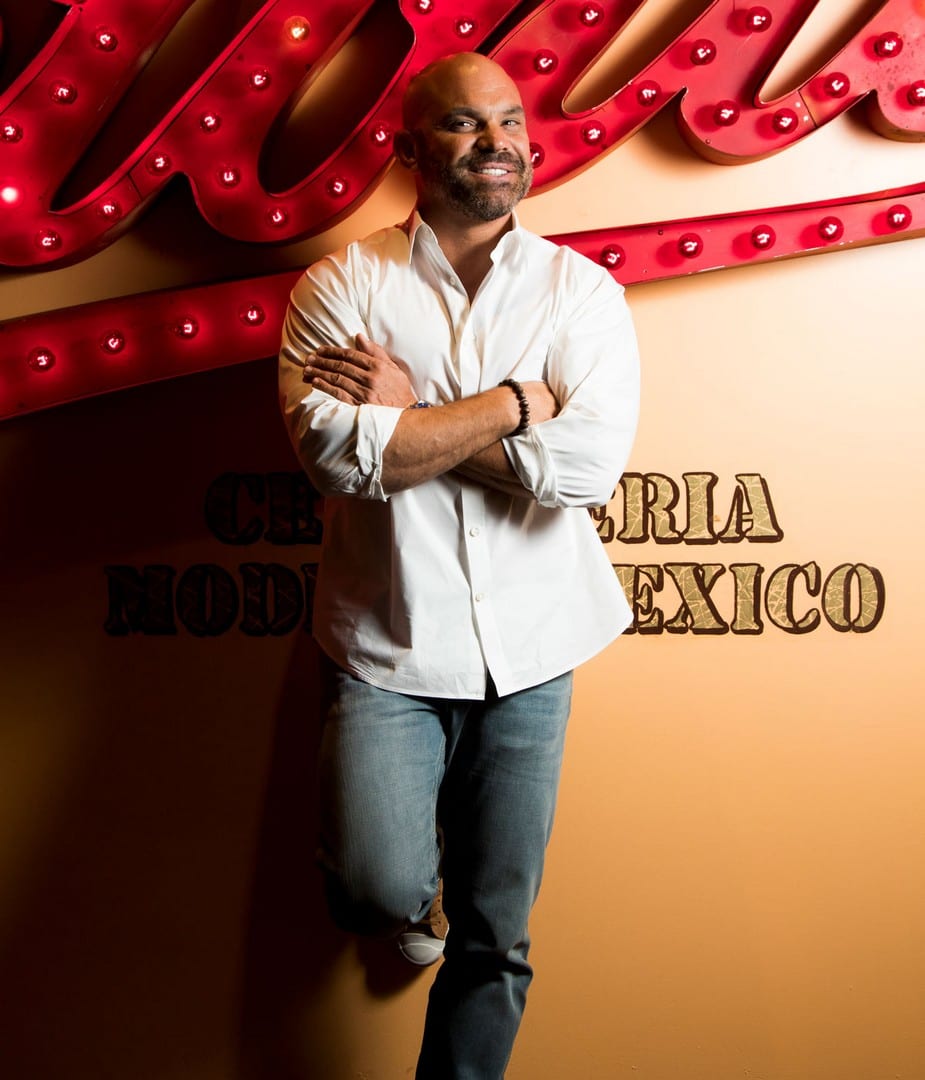 • In a video posted to Facebook on the last day of January, Rocco Mangel, seemingly the picture of health in a fitted white Henley shirt, handed his daughter, Charley, who turns 4 on April 24, some printed cue cards to hold up to the camera. He beamed as the blonde, curly-haired child raised them to her cherubic cheeks. “This is my papa,” the first one read. “His name is Rocco / We just found out / He has MS.”

• Learning he had multiple sclerosis was perhaps a bigger shock to his friends and acquaintances than to the restaurateur himself. For the past eight years, the 43-year-old owner of Rocco’s Tacos & Tequila Bar silently lived in limbo—a series of tests and MRIs hinted at the disease, which attacks the central nervous system by deteriorating nerves and creating miscommunication between the brain and the body. He lacked symptoms, so he continued on as the charismatic party guy, sometimes breaking out in a dance on top of the bar (in shiny white shoes, no less) while pouring tequila into the mouths of customers.

• Numbness, tingling and sleepless nights led to a clinical MS diagnosis in September. There’s no cure, but treatments can help slow its progression and manage symptoms, which can vary from pain and fatigue (as he’s experiencing) to impaired coordination. In addition to monthly IV infusions, Mangel relies on a healthy diet and meditation. And when the choice presents itself, he opts for the stairs rather than taking the elevator up one flight. “The day might come that I’m going say how blessed I am to walk, talk, see, touch, feel,” he says. He prefers not to look at the disability as an inevitable—he says “if,” not “when.” “My life has just begun,” he says.

• Philanthropy always has been a priority, although Mangel doesn’t talk about it much. He’s adding MS to his list of causes but intends to continue supporting breast cancer, juvenile diabetes and others as fervently as before. “I’m not going to participate in every [MS] race across the country,” he says. “My home is West Palm Beach. My daughter is getting older, and I have a life and a family and a business and employees that rely on me to be present.”

• Once he got his health plan in order, he took the news public. “Being quiet and sitting in a room and boo-hoo-hooing and asking, ‘Oh, my God, why did this happen to me?’ is not going to change an MRI. It’s not going to cure you,” he says. “I want to spend my time now doing the best I can so I can make some sort of an impact. Maybe I’m going to help one person. But at least I’m going to show my daughter that I did the best I can.”

• In his video, which had more than 575,000 views in a month’s time, he asked the community to support and join him as he walked for a cure with the Multiple Sclerosis Society in February in downtown West Palm Beach—which, at the time, was less than a month away. Within six days, he hit his fundraising goal of $25,000. In the end, his team raised more than $130,000—and counting. “The amount of support that the community came out to give me is really amazing and emotional and overwhelming,” he says. “I’ve always gone really fast in life against a lot of people’s wishes, but this is one where I’m going to say I’m glad I did it,” he says.

• Mangel opened Rocco’s Tacos in West Palm Beach in 2007 with the same enthusiasm he has for raising awareness and finding a cure for MS. His empire has grown to six locations in Florida (including Delray Beach, Boca Raton and Fort Lauderdale) and one in Brooklyn—with an eighth restaurant slated to open in Tampa by the end of this year. Customers continue to come in droves for the tacos, enchiladas, quesadillas, nachos, tableside-prepared guacamole, collection of 300-plus tequilas—and Rocco’s renowned high-energy atmosphere.

• Though he relished clinking glasses with his regulars, Mangel decided to embrace a healthier lifestyle a few months before his official diagnosis. It’s helped his MS as well as his family life. “I quit drinking—I had enough, it had enough,” he says. “I’m a single father raising my daughter. I’ve done a lot of things in life and had a lot of fun with alcohol. At certain points, it did get me to where I need to be. I know everything there is to know about tequila, but I’m kind of limited to know what it takes to be a father; I wanted to put my best effort in that. That’s what I do now: Full-time father embracing the memories I had when I was a full-time partier.”