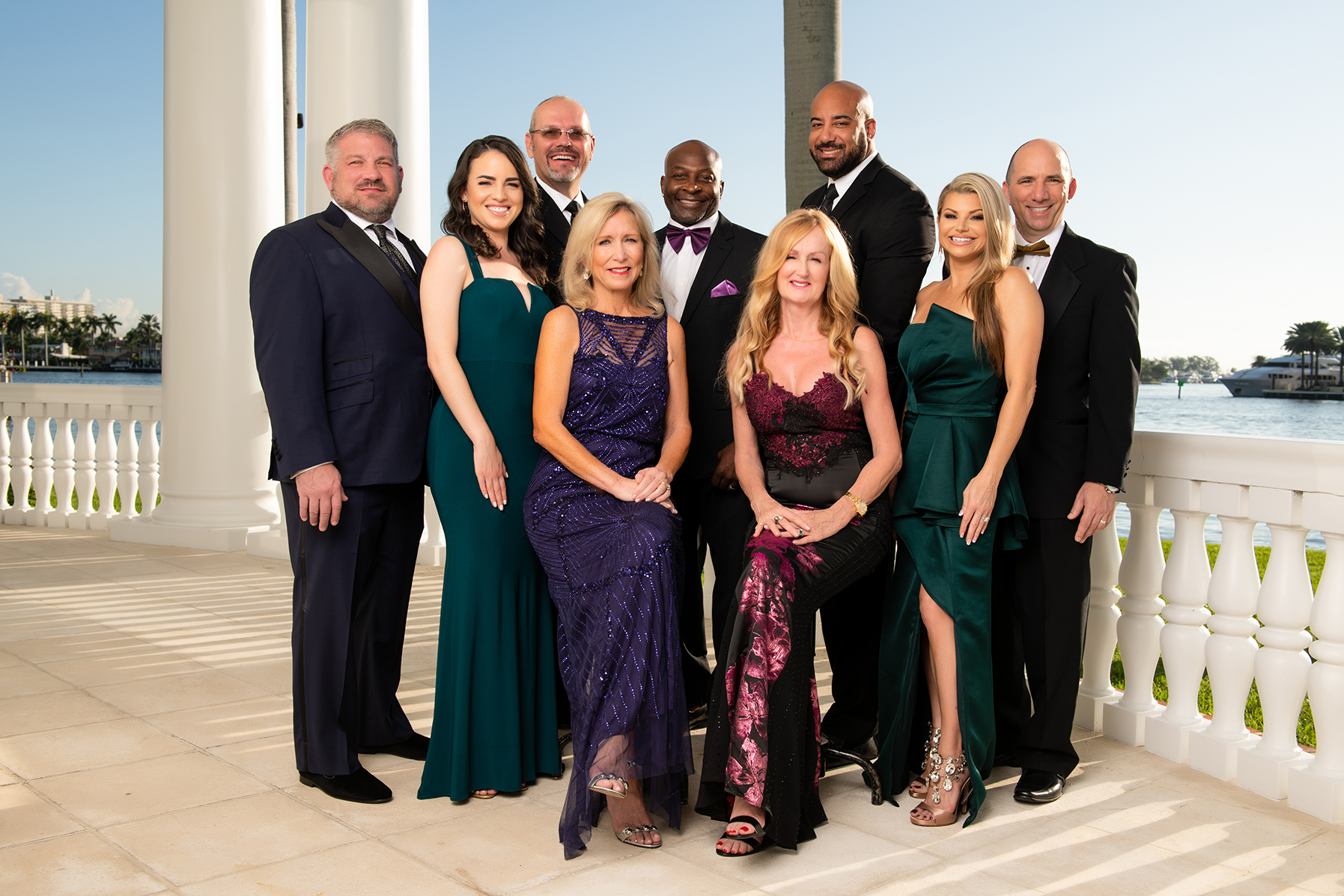 Charitable involvements: Catch 81 Foundation, and participation/donations in several other organizations, including Broward 2-1-1 and his annual involvement in its Signature Grand Ghoul event

Why it’s personal: [Note: McDuffie played wide receiver for the Miami Dolphins for his entire NFL career, from 1993 to 2000.] “My early charity work was with cystic fibrosis. I gravitated to CF because of a young man named Scott Chait, who worked in the Dolphins’ media relations department and suffered from this awful disease. Scott died in 1997 at age 23 of complications from CF. He showed up to work every day with a smile on his face. I remember thinking, what are we complaining about as athletes when this young man comes in gleaming after having both lungs replaced? So that became my passion.”

Source of pride: “I’m extremely proud of the thousands of toys and thousands of backpacks we’ve collected for needy children in South Florida [through the Catch 81 Foundation]. We have an annual toy drive, Halloween party, backpack drive and bowling event to benefit these efforts.”

Words to live by: “We felt like there was so much need in the community. The needs near to our hearts involved children who were underserved.” [Note: The Catch 81 Foundation benefits local organizations and nonprofits that serve at-risk children and their families.]

Why it’s personal: “As an active real estate broker, I participate heavily in local communities, and this has evolved into a closer association with [several] charities.”

Sources of pride: “All of the funds raised by the Royal Dames go toward cancer research at the Rumbaugh-Goodwin Institute at Nova Southeastern University—including a luncheon I recently co-chaired that raised $31,000. It’s satisfying to know that the donations are put to such good use at an institute focused on early cancer tumor detection and less-invasive treatments. It’s also exciting to see new groups of younger ladies from the local business community join the Dames.”

• “The International SeaKeepers Society is also dear to my heart given the strong connections that Fort Lauderdale has to the marine industry. SeaKeepers work tirelessly to research and protect marine biology, and to preserve our oceans. Their annual gala [held recently during the Fort Lauderdale International Boat Show] is one of the most exciting events of the year; Florida Luxurious Properties has been a proud sponsor the past two years.”

• “Also aligned with the maritime world is the local Seafarers’ House at Port Everglades, where mariners can connect with their families and take some time away from their cargo or cruise ship environment. This small organization [which provides visiting mariners with care, guidance and spiritual support] does such a great job to create a welcoming environment.”

Words to live by: “I’m so fortunate to be part of such a dynamic and cosmopolitan city with so many opportunities to become involved and work alongside driven, talented and passionate individuals—people who commit endless time and resources to [drive] these charities.”

Chairman and CEO, The Learning Experience

Why it’s personal: “I was first introduced to Make-A-Wish Southern Florida eight years ago by a colleague. Ever since, this program has been near and dear to my heart. I sit on the board of directors, and my wife, Robin, is a wish granter. As a family, we take great pride in giving back to Make-A-Wish—so much so, that [between personal and business contributions], we’ve been able to give/raise more than $1.5 million for the organization.”

• “I cannot express, after meeting so many children and young adults with life-threatening diseases, how blessed I feel to call these incredible children my heroes. Their strength and ability to live life and never give up teaches me to honor and respect each day with my family and friends.”

Source of pride: “I’m so proud of Robin. As much as I commit in supporting the business side of the program, my wife gives of herself by designing wishes for the children. … We can’t create cures, but she helps in creating smiles and making these children’s wishes come true. They say that negativity is viral, but happiness is the cause for waking up each morning and fighting the fight.”

Words to live by: “Can we all grow as humans and seek a higher plane if we never give back?”