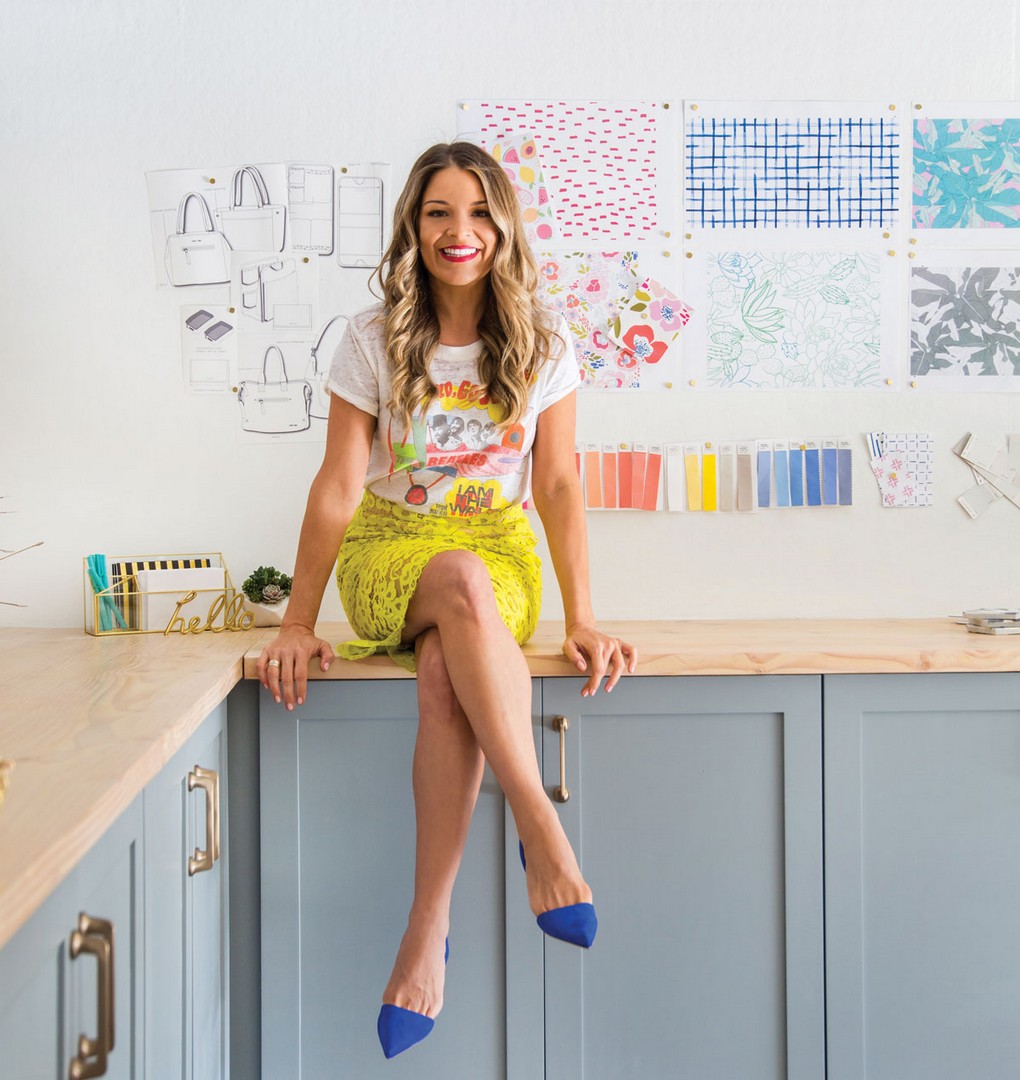 Star of stage and screen

Of the shows over the past decade that have helped to make Sabrina Soto a household name on HGTV, perhaps none rings truer for the home-staging star than “The High/Low Project.” It’s there that Soto, born in Miami, has made over-the-top interior design dreams come true on a pedestrian budget.

By her own admission, she still lives the high-low lifestyle—even though her popularity and expertise have led to décor and accessories deals with Target and Bed Bath & Beyond, as well as steady demand as a speaker at expos, such as the upcoming Miami Home Design and Remodeling Show (Sept. 1-4).

The first-generation Cuban-American credits her mother, who ran a freelance decorating and home-staging business, with not only giving her the freedom as a child to consistently re-imagine her bedroom space, but for also instilling in Soto an understanding that it doesn’t take deep pockets to create a compelling residential vibe.

“When I was 14, we went from a very comfortable lifestyle to really, really struggling,” says Soto, 41. “My parents were going through a divorce, my father relocated and the family fell apart. I had to get a special permit just so I could work.

“But my mom always said that even if we only had $100 in our bank account, we could still be proud of our house. You can still invite friends over and not be embarrassed. A lot of my high school friends didn’t realize how poor we were until we were evicted from that house.”

Perhaps that’s why Soto, based in Los Angeles and mother to a nearly 2-year-old daughter with Steve Grevemberg, takes nothing about her journey for granted.

For as long as she can remember, Soto wanted to be on television—and, at 21, she seemed on her way. Unable to afford a professional head shot, she sent a picture of herself standing in front of a Christmas tree to a casting director for an MTV show called “Big Urban Myth,” which addressed rumors like whether Tupac Shakur was still alive. Soto was host for the pilot episode, but the show ran instead with voice-overs after being picked up.

She snagged a short-lived role in 2004 as host of the TLC show “A Dating Story,” but soon thereafter her TV career stalled.

All along, she had dabbled in real estate and home staging—so it wasn’t long before Soto was making a solid living doing that full time. But in the back of her mind, she had unfinished business. One night, after watching a documentary about attracting desired outcomes called “The Secret,” Soto couldn’t sleep. She turned on her computer at 4 in the morning and logged on to Craigslist in search of TV work.

“There it was, a post for a hosting job; they were looking for someone with design and real estate experience—who had been on TV before,” Soto says. “I immediately sent my reel and my résumé. I didn’t even have an agent at the time; I was flying blind.”

The job turned out to be “Get It Sold,” an HGTV concept that called on a staging expert to spruce up houses for sale that were generating zero interest on the market. Soto couldn’t have hand-picked a better venue for her personality and talents to shine. What started out as a filler show became one of the network’s top-rated programs in prime time, enjoying a six-season run.

Soto later spent time on “Real Estate Intervention” and made guest appearances on several other HGTV shows; she began hosting “The High/Low Project” in 2011.

“Looking back, I can’t believe that all of these opportunities have turned into a successful brand,” Soto says.

A veteran of home shows, such as the one scheduled for Labor Day weekend at the Miami Beach Convention Center, Soto says that her seminars leave people feeling like they “just hung out with a really good friend.”

“I’ll talk about design trends, but mostly I love answering questions from the audience,” she says. “I’ll get crazy questions, and I’ll answer them all. I’m an open book. Trust me, it’ll be like a party.”