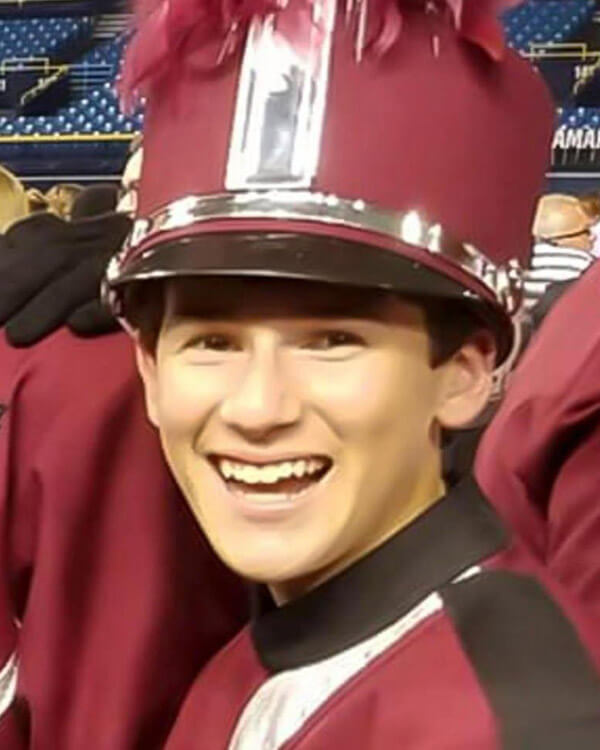 “I wasn’t the only one that loved Alex,” says Daniel Journey, a senior at MSD who played in the band with Alex Schachter. “He was the kid everyone knew.”

Alex, a freshman, excelled in his studies as an honors student. He already had decided where he wanted to go to college; his late mother, Debbie, had graduated from the University of Connecticut, and friends and family say he treasured his UConn hoodie. (Editor’s note: Debbie died when Alex was 4.)
In a handwritten letter to the family of Alex, Nathan Fuerst, assistant vice president for enrollment at the university, wrote: “We were touched by his love for music and for his love of UConn.” The formal letter, dated Feb. 21, was addressed to Alex: “It is my pleasure to inform you of your admission to the School of Fine Arts as a music major.”

“At West Glades Middle School, Alex started playing the trombone, and he really excelled,” his father, Max, says. “Alex was someone who, when he devoted himself to something, was all in. He enjoyed it so much that during seventh and eighth grades, he took two band classes so that by the time he got to high school, he would be proficient at playing the baritone during marching band season and the trombone in concert season.”

Alexander Kaminsky, director of bands at MSD, was fairly certain that with Alex’s dedication, he would have had “a bright future” in music.

Alex’s great uncle, Ed Goodman, who lives in Dallas, told a TV station there that he visited Alex’s bedroom one last time before he and his wife, Rona, attended the boy’s funeral in Parkland. Something he saw reminded him how much Alex loved playing his instruments.

“He had his music stand right next to his bed,” Ed said. “That was very touching. It was one of the hardest moments, walking in there.”