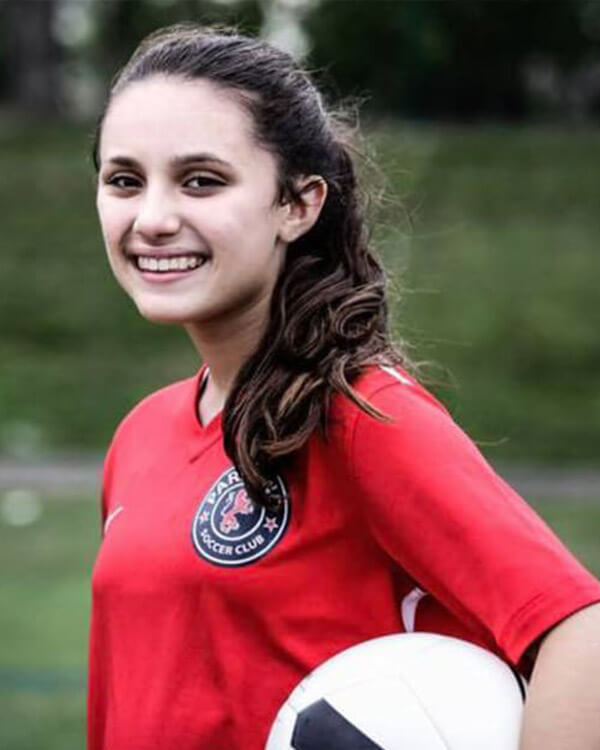 On the night of Feb. 13, the Parkland travel soccer team played Coral Springs United. It was a low-scoring game, but, led by Alyssa Alhadeff, their team captain and center midfielder, Parkland came away with a 1-0 victory.

Alyssa was visibly elated, which was not unusual for the upbeat, gregarious high school freshman. She was high-fiving, smiling and excitedly talking about the team’s next game.
“Alyssa was a great soccer player and an awesome leader of our team,” says Raquel Alvarado, Alyssa’s friend and teammate. “She made friends with everyone, everywhere we went. She kept great grades, she was on the debate team and was really good at it. She had a great social life, she spent time with her family, she was a really good friend—and she did it all at the same time. She was good at everything.”

No matter who you talk to—family, friends, classmates, neighbors—the consensus is unanimous: Even going back to her early childhood in New Jersey, Alyssa always was the smart, talented, big-hearted girl with the million-dollar smile.

“We traveled a lot for soccer, and Alyssa was always the one who entertained us and kept our spirits up,” Alvarado says. “She had a cute style, a great sense of humor, and she always had a story to tell. Even if it wasn’t a great one, she still made us laugh because of how she told it. And she was really devoted to her friends. Once she practiced for a month to dance at her friend’s quinceañera.”

Alvarado says Alyssa, who was an honors student, liked helping people and volunteered at homeless shelters and thought she wanted to be a doctor.

“She was great with the kids. In all the pictures, she’s smiling really big.”

Alyssa had such an impact on her peers that her fellow students, and captains of the Stoneman Douglas girls soccer team, appealed to the U.S. women’s national soccer team to honor Alyssa’s memory at their March 7 match against England at Orlando City Stadium. The national team agreed.
The U.S. team hosted Alyssa’s family and her teammates—and held a moment of silence in her honor.