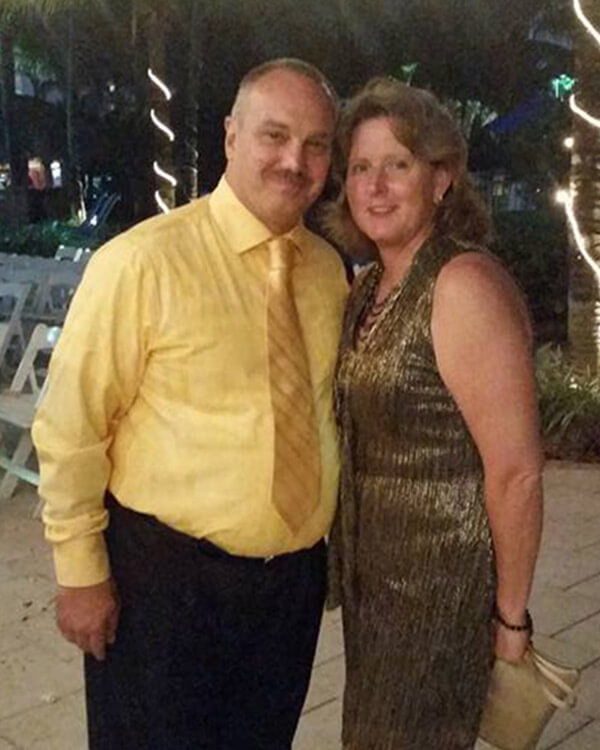 When the stories began to emerge that Chris Hixon raced toward the shooting, in an effort to protect his students, no one interviewed seemed the least bit shocked by those actions. From all accounts, Hixon, the athletic director and wrestling coach at Stoneman Douglas, had always put others before himself. He embodied the guy who, literally, would give you the shirt off his back.
Just 10 days shy of his 50th birthday, he gave his life.

After two Persian Gulf tours in the U.S. Navy (during Operations Desert Storm and Desert Shield), Chris, who had wrestled in high school, found a way to combine his passion for sports, kids and coaching as athletic director at Blanche Ely High School and South Broward, and then Stoneman Douglas four years ago.

“Chris loved all sports and he really loved teaching kids and watching them blossom,” says Chris’ wife, Debbie, a magnet program coordinator at South Broward High. “When he got out of the Navy, I was a teacher, and he would always come and help me coach the kids’ softball team and swim team.”

The native of Easton, Pennsylvania, didn’t have much time for a hobby, since he worked long hours and was always doing extra-duty coaching; Chris often coached up to five sports at a time for no additional salary. He had a 60-mile commute to school every day, but he didn’t care, Debbie says, because “he loved his job and he loved the kids.”

He eventually bought a Prius to save on gas, even though the hybrid electric car became the subject of playful conversation among his friends. “Chris was always a NASCAR kind of guy,” Debbie says. “But he loved that Prius, even though people picked on him about it.”

Chris had a good sense of humor about himself; he could handle some ribbing, especially if it meant getting a laugh out of his students. Debbie giggles as she recounts a time, a few years ago, when Chris proved her point.

“Coral Springs High was having a wrestling match fundraiser event for their homecoming,” she says. “There were a few professional wrestlers, and they sprinkled in some guys from the local schools. Chris used to wrestle, so he volunteered to participate. When he came out to practice the moves, he was wearing a Stoneman Douglas singlet—and waving his hands up in the air.

“It didn’t matter how silly he looked. He was so proud just to be a part of that night. He was smiling.”
Chris, voted 2017 Athletic Director of the Year by the Broward County Athletics Association, also is survived by sons Tommy (a member of the U.S. Marine Corps) and Corey (a special-needs adult), and adopted daughters Jessica and Jennifer.

At his funeral, Miami Archbishop Thomas Wenski said, “What Chris did on [Feb. 14] did not make him a hero. He was a hero long before that.”