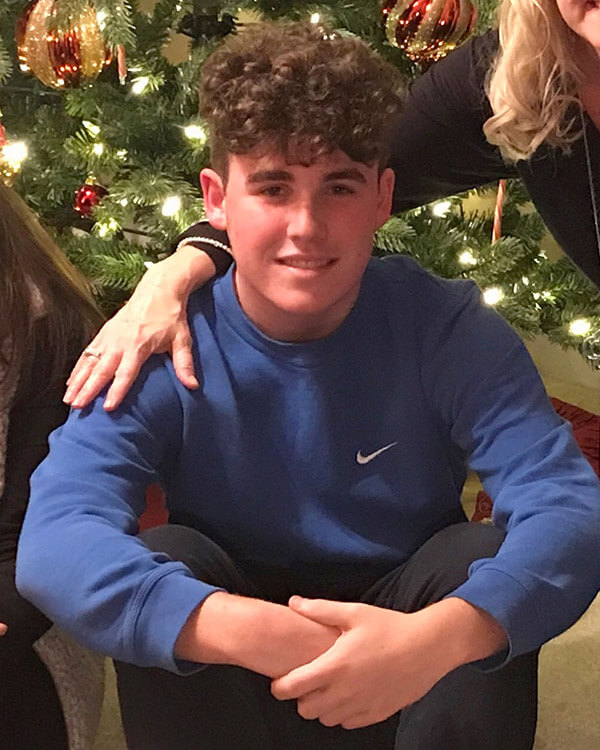 Luke-y Bear. That’s what Gena Hoyer called her son, a freshman at MSD. Even though his friends teased him about it, Luke never asked his mother to stop because he knew it made her happy.

“Luke loved ice cream, but if there was only a little bit left he would always ask me first if I wanted any,” Gena says. “And Luke, who was obsessed with basketball and the Miami Heat and the Clemson Tigers [his father, Thomas, went to Clemson], watched ESPN every morning. But he always asked if I was watching anything before he changed the channel.”

Gena describes her son as always happy and always smiling—even if he didn’t really like something, he never said so. “And he had such a big heart. Unlike many teenagers, he put others’ feelings before his.”

As evidence, Gena points to the way Luke indulged her in a nightly ritual—one from which, at age 15, he probably was ready to move on. But he knew how much it meant to his mom. “He let me tuck him in every night,” Gena says. “I would kiss him on the forehead and he’d smile and pretend to wipe it off—and then let me kiss him again. He was just so sweet.”

“Luke was really quiet, but he didn’t have to say much for people to gravitate to him,” says his older sister, Abby. “He wasn’t an attention seeker, but he paid attention and listened and remembered things. He was a warm, kind soul whose smile lit up the room even if he didn’t say a word. His silence spoke volumes.”

Abby says that she and her older brother, Jake, called Luke the “Master of One-Word Answers.” They would play a game where they would try to come up with questions for Luke that would require more than a one-word response. Apparently, his siblings never won that game.

Since Feb. 14, Gena says that their house is constantly filled with Luke’s basketball buddies wanting to be close to his family and share stories and memories of Luke. It was one of those stories that really hit home for the Hoyers and confirmed what they already suspected about Luke.

“His friends have been playing basketball games to honor Luke’s memory,” Gena says. “The other day his friend, Alex, said that while they were playing, a woman came over to them and told them to tell me how grateful she was to Luke—because Luke would play basketball with her 10-year-old autistic son when no one else would.

“Luke never said a word about it.”