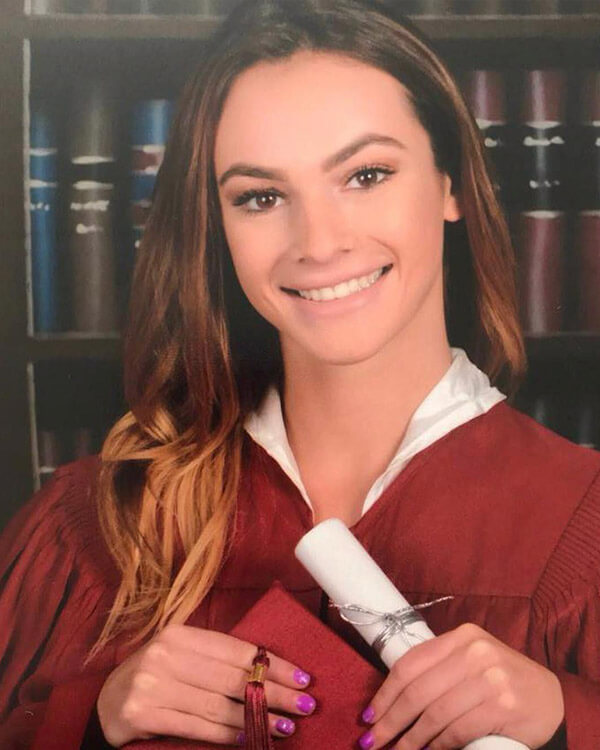 Heather Schoengrund’s son, Brandon, and Meadow Pollack were inseparable from the first time they met three years ago. They were introduced by a mutual friend, his mother says. “I knew God blessed me with an angel that I would love for the rest of my life,” Brandon said at his girlfriend’s funeral.
Heather had formed her own friendship with the girl that close friends called “Meads,” and who her father, Andrew, called his “princess.”

Heather posted a letter to “Meads” on Facebook three days after the MSD shooting in which, among other things, she wrote: “I couldn’t have asked for a better girlfriend for Brandon.”

Christina Harris remembers Meadow as a bright star who loved to dance. In 2004, Harris, now owner of Coral Springs Academy of Dance, was a teacher at the school; Meadow was in her tap, ballet, and jazz classes. “She was one of the little ones I taught. I remember that I thought her name was so beautiful—and I remember her smile,” Harris says.

After graduation, Meadow had planned to attend Lynn University in Boca Raton.

Meadow’s father, Andrew Pollack, has become an outspoken advocate for school safety and what can be done to prevent future shootings. Brandon, 21, joined Andrew, and Meadow’s brothers, Huck and Hunter, when they traveled to Washington, D.C., for a roundtable discussion about school safety with President Donald Trump.

Heather recently posted a picture on Facebook of a new tattoo, freshly inked on the inside of her left ankle—an “M” with a princess crown atop it. “Two of Meadow’s best friends started it, then my aunt, my cousin and I got one, and now some of her family members have gone to get them, too. It’s on the left side where our hearts are.”