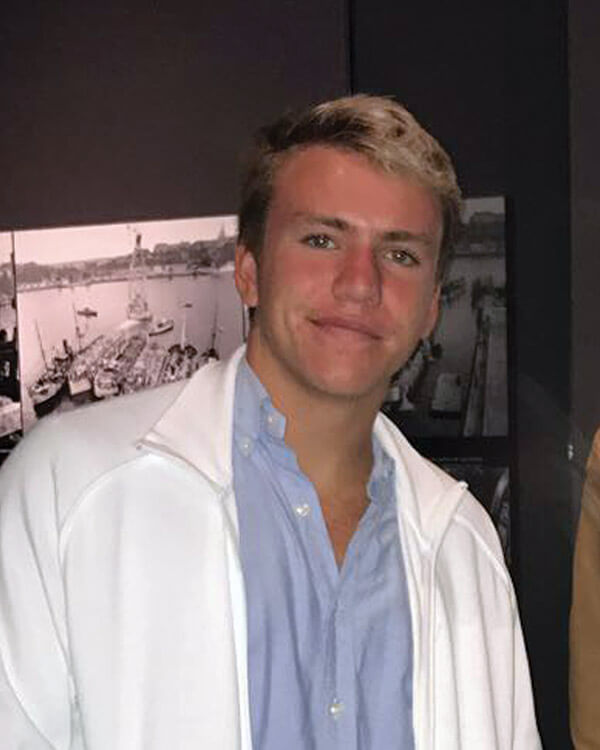 Nicholas Dworet left an impression on everyone he met.

When the senior at MSD went to visit his girlfriend Daria’s grandparents last summer, they were impressed that after dinner, while the other kids had sprinted to their cellphones, Nicholas helped with clearing the table and doing the dishes—without being asked.

After he interviewed at the University of Indianapolis, where Nicholas had planned to attend on a swim scholarship this fall, the admissions woman raved to Nicholas’ mother, Annika. She was so taken with his pleasant, down-to-earth demeanor—especially after meeting other athletes who were arrogant—that the admissions woman went home and told her husband about the nice athlete she had met.
Though only 17, Nicholas had curated a sophisticated sense of style and eclectic taste, which, combined with his good looks, charismatic personality and affable demeanor, made him seem mature beyond his years.

“He was very stylish,” Annika says. “He loved polo shirts, sneakers, clothes from the label Supreme, and Versace cologne. He was interested in Oriental décor. He loved Asian and Latin cuisine—but he also just loved to eat. We couldn’t leave anything in the fridge, because Nicholas would gulp it down whether it was his or not.”

Nicholas matured quickly after he met Daria. His grades improved, and he recalibrated his focus on the pool. Quickly, he became a dedicated and accomplished swimmer. He impressed his coach and fellow swimmers so much that they made him captain of the Stoneman Douglas team. Before long, his teammates started calling him “Big Boss” and “Swim Daddy,” because he was always helping them train and coaching them to do their best.

Though he was going to Indianapolis to swim and study business, his dreams stretched two years beyond that. Nicholas, who is of Swedish heritage and has family in Sweden, was determined to compete for a spot on Sweden’s national swim team and then go for gold at the 2020 Olympics in Tokyo.

As driven as he was, Nicholas wasn’t always “all business,” his family says. “He was light-hearted with a goofy sense of humor and he loved to read Mad magazine like his dad [Mitch]. And he loved animals, especially dogs and cats.”

So much so that last fall, Nicholas helped Daria’s dog deliver 12 puppies.

Naturally, they named one Nickie.