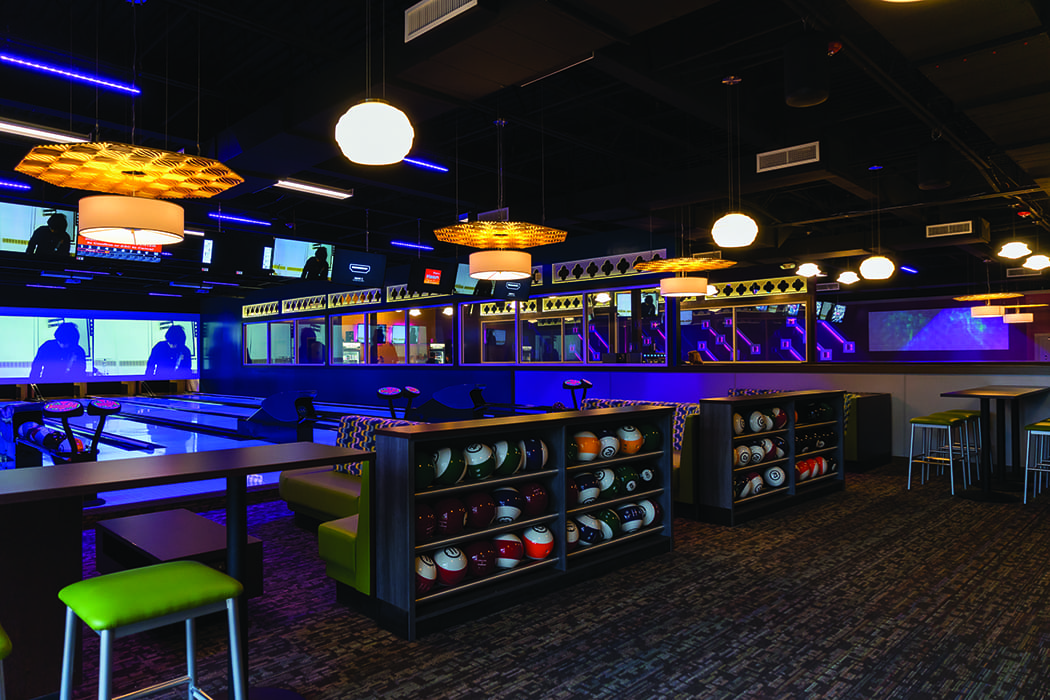 The classic bowling alley aesthetic is steeped in nostalgia with decor to match. But the new Wow Alley, which opened in September at the Wow Factory, is what owner Thomas Head calls “upscale retro.”

With 10 lanes split by a bar where patrons can get food, craft beer and wine, the Wow Alley is setting itself apart from traditional alleys. Neon lights and large screens above each lane add to the visual action, and though the bar is set apart, patrons can watch the action through windows.

“Bowling has kind of come back in a different way,” Head says. “Bowling has gone from being the old traditional, 36- to 64-lane centers that we remember from when we were kids [to] definitely much more of a boutique style.”

While traditional bowling alleys are often the turf of serious league players, Head says the Wow Alley is for those who want to have a good time and know that “whether you bowl a 50 or a 250, it doesn’t really matter.”

As the Wow Factory is an entertainment center aimed at children 2 to 12, Wow Alley is distinct from the rest of the space. Head hopes the Alley expands the Wow Factory’s audience, calling it an ideal space for corporate parties, birthdays and other private gatherings, saying bowling is “for everyone ages 3 to 83.”

“We definitely want to get the families from the Wow Factory because bowling is also an attraction, but we also wanted to look at the venue in a different light,” Head says.

The Wow Alley already attracts a wide audience, from a large birthday party for a 4-year-old on a Saturday morning to groups of 30-somethings staying out late on the weekends.

“Ultimately, we want them to go there and have a good time,” Head says. “We want them to feel like they got a good value for the two or three hours that they spent there, that it was worth it—and that they would definitely come back.”

Wow Alley at the Wow Factory