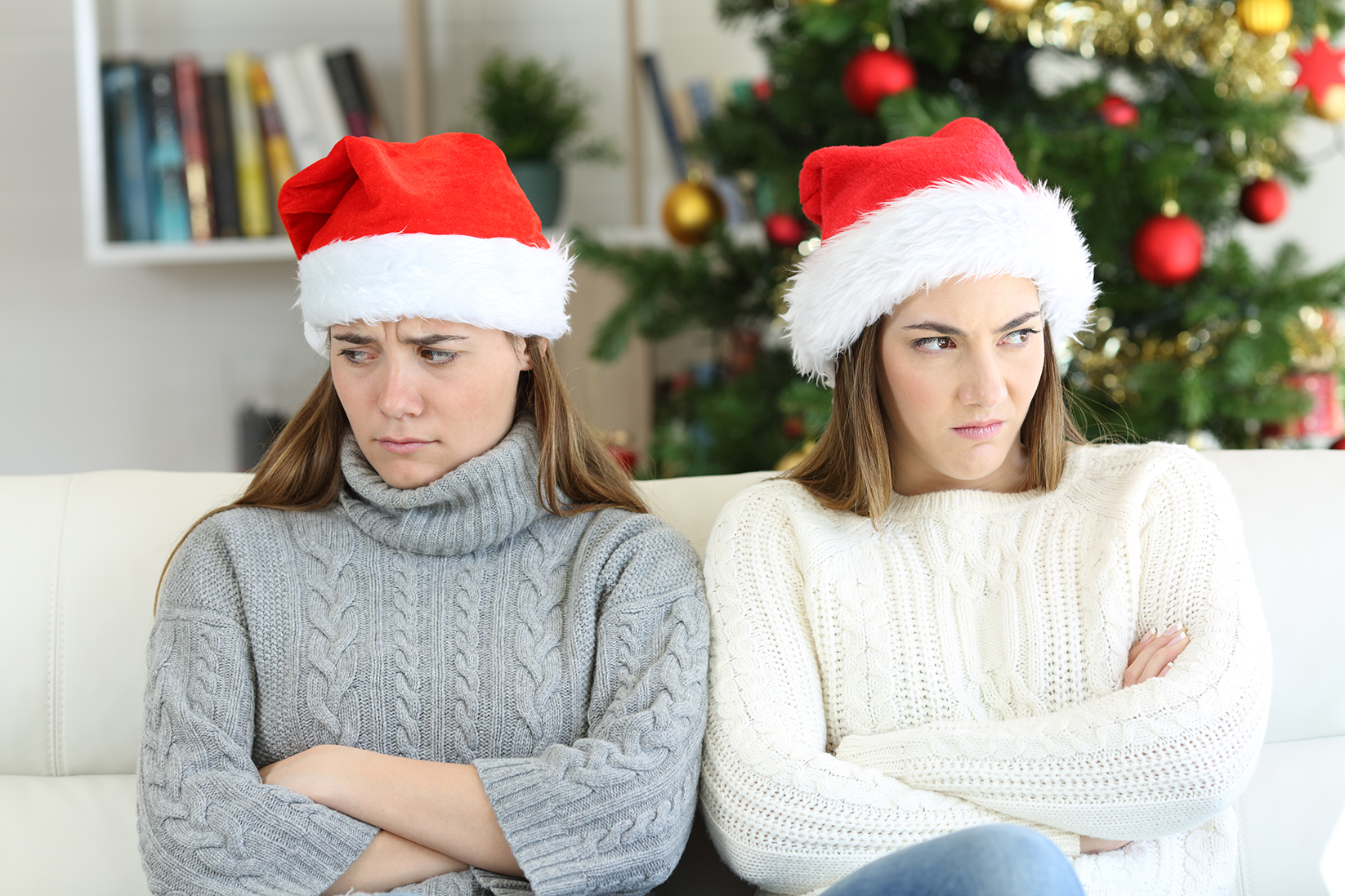 Stressed out by the thought of this year’s high-season family gatherings? Experts offers tips for dealing with the December blues

A 4-year-old Fort Lauderdale girl, envisioning Christmas back in early October, said her parents were getting her a unicorn. Engaging a woman in conversation at a café as her father looked on, the girl said she was looking forward to having the animal live at home with her family.

She isn’t the only one with great, sometimes irrational, expectations for the holidays.

“When we grow up, we don’t get any better,” says Carolyn Stimel, a licensed psychologist in Tallahassee and executive director of the Florida Psychological Association. “We’re still wanting the unicorn.”

Fantasies, such as having the perfect meal or the neighborhood’s prettiest Christmas lights, or receiving that long-awaited engagement ring, can cause adults serious disappointment if they don’t come true, area counselors say. The higher the expectations, the harder one can fall. For people already suffering from depression and/or anxiety, the holiday season—including the idyllic messaging surrounding it—can reinforce negative self-perceptions.

“Depression creates distortions in the way you view things, distortions that ‘confirm’ you are worthless,” says Nicholas Maccarrone, a licensed psychologist with offices in Aventura, Weston and Coral Gables. “So, a happy Publix ad designed to leave the viewer with a nice feeling about holiday times ends up being twisted into, ‘There is another family doing it the right way, and I can’t do it the right way. I have no value and can’t deal with the demands of the holiday season.’”

Describing depression as “all about you,” Stimel counsels people to get outside their own heads. “Everyone assumes the rest of the world is doing fine with the holidays, and they’re not,” she says. “There is the hilarious scene in ‘Home for Holidays’ [the 1995 film starring Holly Hunter], where her parents are driving her home from the airport, and a guy passing by in another car mouths, ‘Help me.’ That’s the realistic perspective of what happens.”

Indeed, conflict can cause real damage to relationships when big families get together. Given the country’s divisive discourse, it’s likely not everyone will have the same opinion on current affairs. “Politics and religion are off the table at the dinner table,” Stimel says. “The best thing to do is take the high ground and agree you’re not going to talk about it.”

Repressed feelings also can surface this time of year. Imagine a family member having a meltdown because he burned the turkey; he screams he’ll never come home again. He’s likely bothered by something much more profound, but the holidays made him crack.

“Think of him like a thunderstorm,” says Ami Patel, a former medical doctor and registered nurse now working as a trainer at Fort Lauderdale’s Self Discovery Life Mastery. “They’re both loud, very disruptive. One we can’t control, and the other one we want to control.”

In such circumstances, Patel encourages people to accept themselves instead of focusing on other people’s behavior. Being “present” is nuanced. “It’s being in the here and now, but it doesn’t have to mean I’m peaceful and stress-free,” she says, adding that a tense situation is like a bump on the head.

“I know it’s there and accept that I don’t have to make it go away.”

Fort Lauderdale resident Phoenix Niewidok, the owner of denim line Skirtzophrenic, says her family has developed strategies to avoid the stress. She did not grow up in a religious family, but her husband, Tom, comes from a Catholic family.

A fundamental way of coping is avoiding crowded airports, delays and bad weather associated with holiday travel. She and Tom visited their married daughter, also named Phoenix, in Indianapolis over Halloween, and her 77-year-old mother, Zaza, came from Philadelphia to Fort Lauderdale the second week of November. If train tickets aren’t too expensive, Zaza will visit her 95-year-old boyfriend in Connecticut for Christmas.

“We don’t do things like normal people,” Niewidok says. “We make it up ourselves.”

Still, Tom’s family will be gathering in Fort Lauderdale for a traditional celebration. “I don’t like forced gatherings, and I’m obligated to go,” Niewidok says. “I take it in stride. It’s about sharing the love.”

You Break It, You Make It: Holidays got you stressed? Now is the time to take a break … and break stuff, says Ricky Ballester, co-founder of Wreck It, located in the Oakland Park Arts District. The team will give you all the components you’ll need for your own disaster area: protective headgear that Darth Vader would envy, one-piece coveralls, baseball bats, golf clubs and lots of things to bash—wine bottles, amplifiers, old TVs.

“People come in with serious issues,” says Ricky’s sister, Karina, who drives around town to find destroyable things. “It’s a safe judgment-free zone. You leave everything here in this room.”

Afterward, customers are welcome to pick items from the refuge to make art on another day. On one wall hangs a happy face made of shards of plastic and wires. “People are like, ‘I feel so much better. I released everything.’” By appointment only. (wreckitftlaudy.com)

Flu Season: The Florida Department of Health is reminding all Floridians to get a flu shot. Last year’s record-breaking flu season resulted in 900,000 hospital visits and 80,000 deaths in the United States, according to the Centers for Disease Control and Prevention.

Expanded Health Care in Weston: Cleveland Clinic Florida has added a $232 million, five-story, 221,000-square-foot addition to the Weston campus to increase capacity by 50 percent. The emergency services department will be able to accommodate more than 70,000 patients a year. “We deliver rapid, expert care for patients experiencing all manner of medical emergencies, including stroke, heart attack and sepsis. This expansion allows us to save more lives and preserve quality of life for more patients,” says physician James Roach, chairman of Cleveland Clinic Florida’s emergency services department. U.S. News & World Report has ranked Cleveland Clinic Florida the No. 1 hospital in the Miami-Fort Lauderdale area.