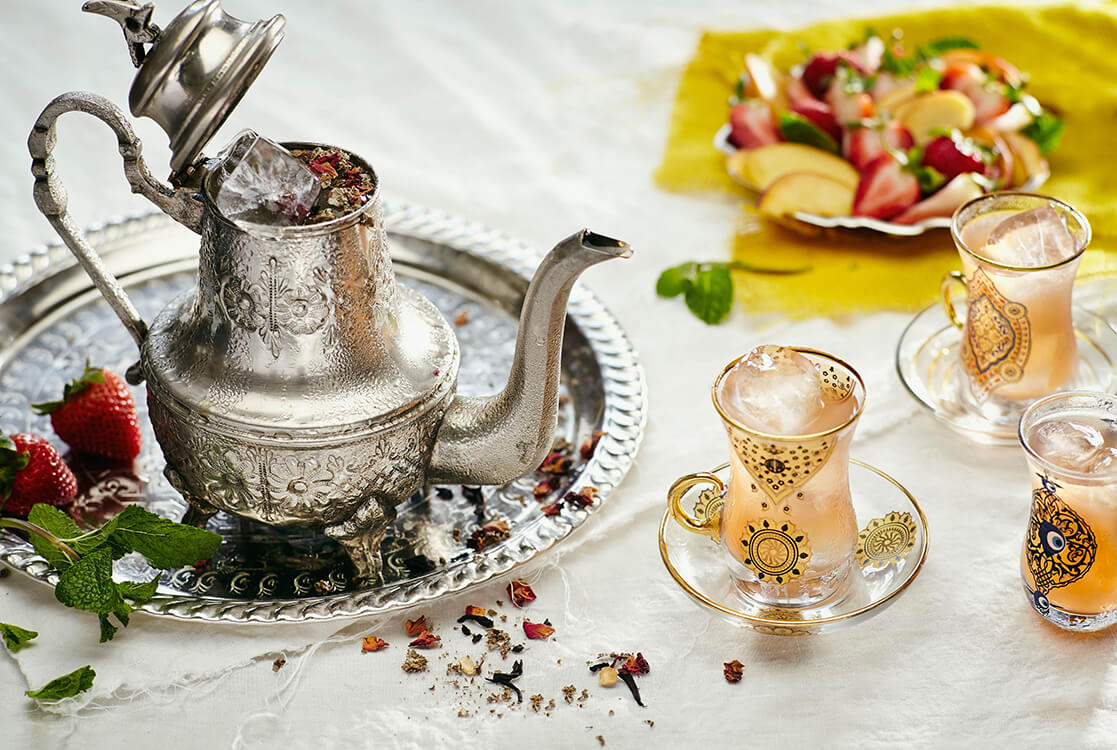 Patrons can expect the unexpected at Byblos, the eastern Mediterranean restaurant where bar manager Bart Cannizzaro likes to surprise with his unusual cocktails.

“What I like about working at Byblos is all the spices and [ingredients] are inspiring to use, because there’s so much you can do,” Cannizzaro says. “What inspires me is taking all these cool flavors that you wouldn’t think of using in drinks.”

Some of his unique cocktails include the Byblos Old Fashioned, made with bourbon, rum and Turkish coffee; the Ottoman Cartel, made with tequila, spiced barberry reduction and beet soda; and the Habibi Marguerite, tea spiked with Avion Reposado tequila.

“It’s our take on a classic Mediterranean tradition of Moroccan tea service,” he says. “We tried to do this east-meets-west thing, so we brought Miami to it by adding some tequila and some local ingredients.”

Though the combination of tequila and tea might shock some patrons, Cannizzaro says the cocktail is so visually striking that people often gravitate toward it.

“We serve it in a silver teapot and we use liquid nitrogen so there’s smoke coming out,” Cannizzaro says. “Once people find out what it is, everyone wants to try it.”

As tea service is meant to be shared among friends, the Habibi—Arabic for “sweetheart”—is a shared cocktail that’s best consumed while lounging on the patio with good company on a hot day.