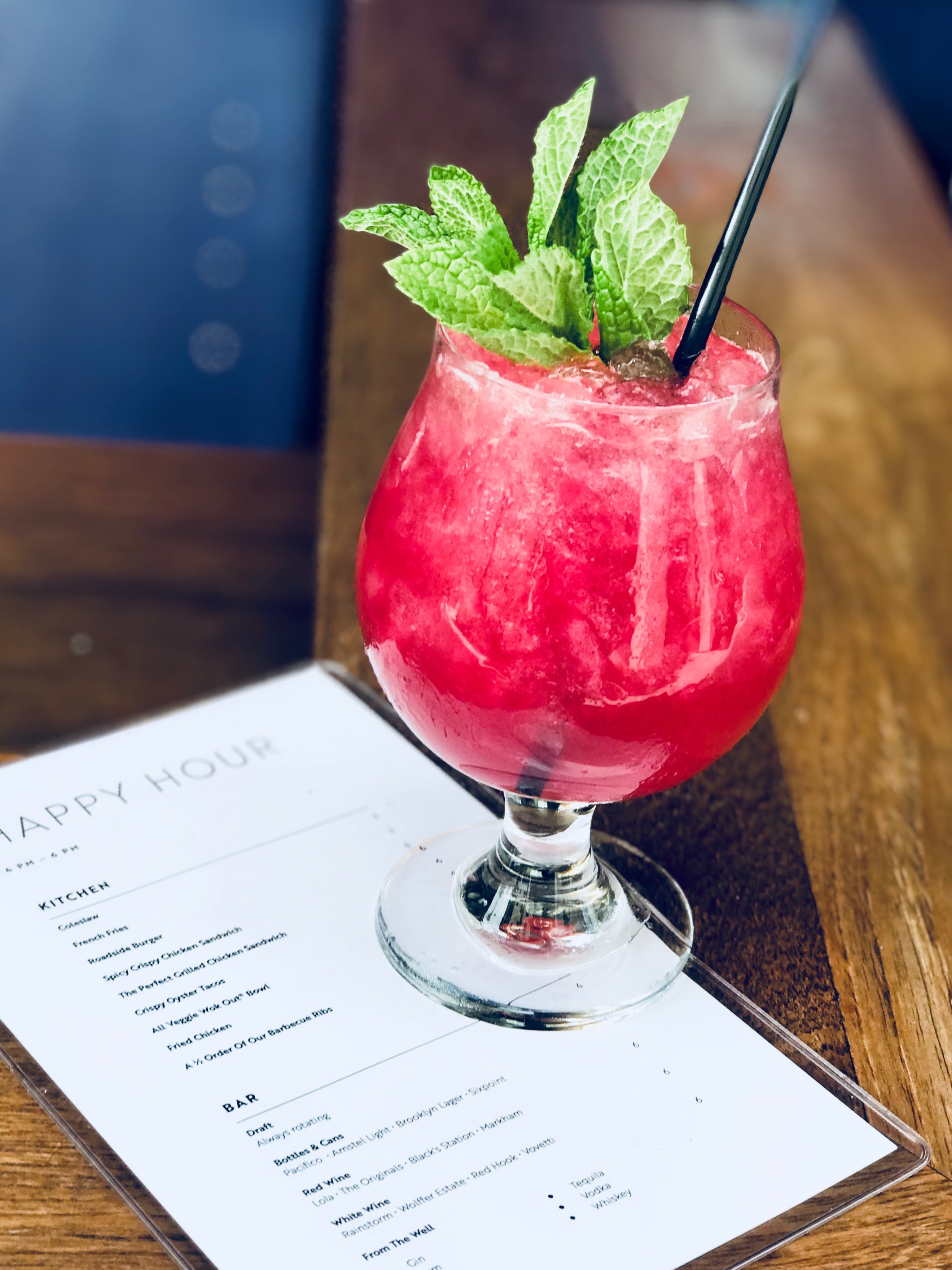 At Doc B’s, fresh ingredients permeate both the cuisine and the cocktails

When Dustin Durrenberger entered the restaurant industry as a busboy, he had no idea that he would one day be a regional manager for a successful restaurant chain, helping to open six of its eight locations. While working as a bartender in Westmont, Illinois, he met Craig Bernstein, who became the owner and founder of Doc B’s Fresh Kitchen in Chicago. The rest, as Durrenberger says, is history.

Bernstein opened Doc B’s in 2013, and Durrenberger became the second manager hired on as Bernstein continued expanding the business. The restaurant (301 Miracle Mile, Coral Gables) boasts a motif he can get behind—fresh, “honest, American food at its best.”

Durrenberger balances his managerial responsibilities—he’s the regional manager of the Texas branches—with his role as beverage director. His drinks include The Dangler (Traverse City whiskey, carrot juice and maple) and, more recently, The “Beet”lejuice (which, naturally, features beets).

Usually, Durrenberger works backward when creating cocktails— interesting name first, ingredients afterwards. With The “Beet”lejuice, however, he wanted to incorporate the flavor and bold color of beets (think of Beetlejuice’s wedding outfit in the film). He didn’t come up with the name until later—even though “Beetlejuice” is one of his favorite films.

“Beet juice ties in with our concept at Doc B’s,” he says. “We essentially don’t have a freezer, so the whole [fresh concept] ties in to my cocktails as well.”

Durrenberger says patrons usually do a bit of a back-and-forth when they find out the cocktail contains beets. First, they see the drink and want to try it, then hear the name and shy away. Once they try it, though, they are hooked.

“I say, ‘I want you to try this; it’s going to blow your mind,’ and then they drink it, and they’re like, ‘Wow, I don’t even really like beets, but I love this cocktail,’” he says. “It goes down really easily, and then they want another.”

Shake ingredients and strain over crushed ice. Stir. Add a splash of soda water and garnish with a fresh mint sprig.