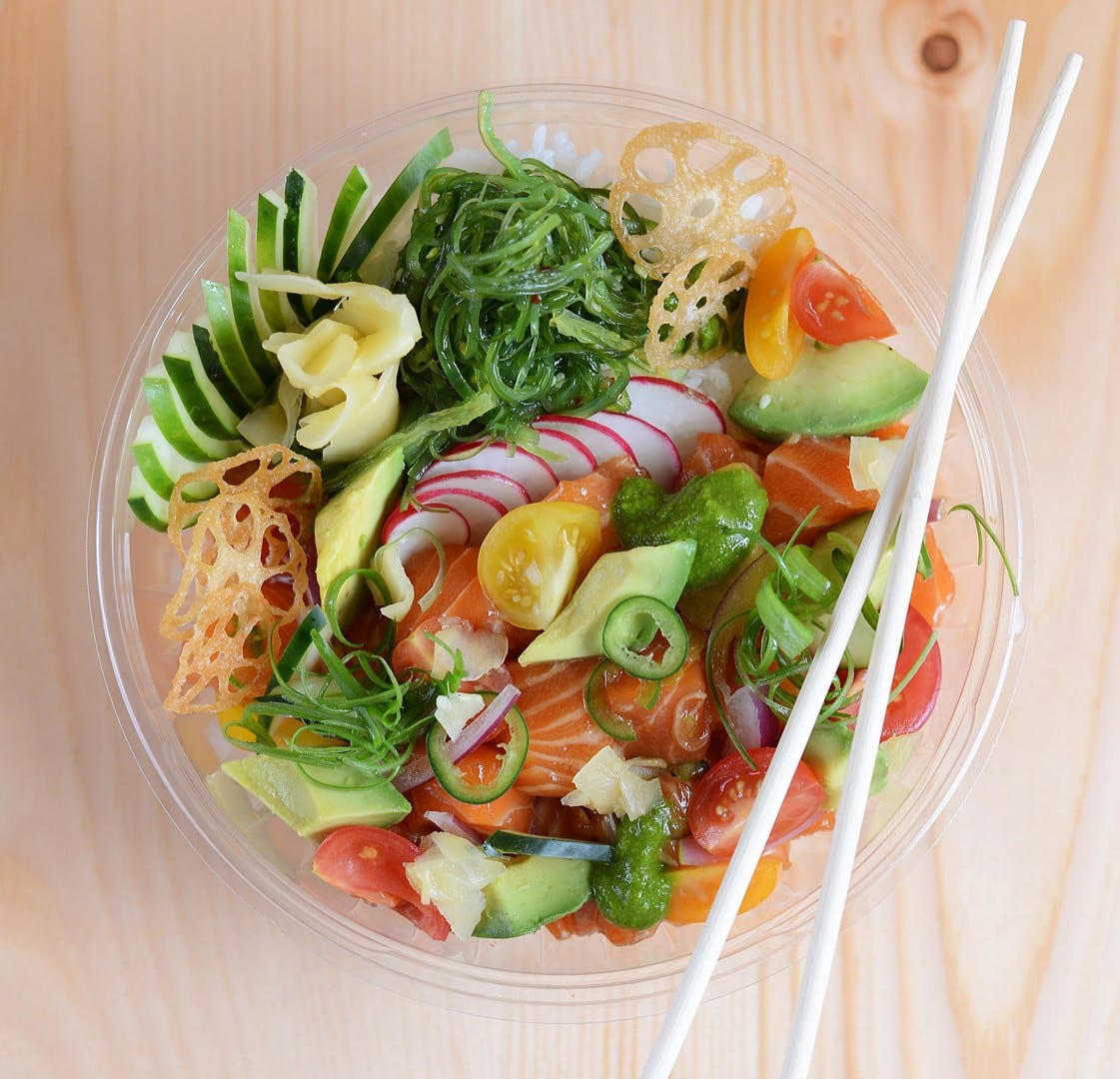 Poke House brings its popular fast-casual concept to Broward County with the opening its first location in Fort Lauderdale (666 Federal Highway; thepokehouse.com). Expect Hawaiian poke bowls—traditional raw fish salads served with ingredients such as tuna, soy sauce and cabbage—along with other Pacific island favorites. Memphis Garrett, former director of operations at SBE, a hospitality and real estate company, has joined forces with other restaurateurs to open five Poke House outposts throughout Florida in the coming months.

Rok:Brgr (208 SW Second St., Fort Lauderdale; 954.525.7656; rokbrgr.com) and its sister restaurants—including Himmarshee Public House, TacoCraft and Apothecary 330—have unveiled a new brew, Rok N Coco. In collaboration with Wynwood’s J. Wakefield Brewing, the beer is a coconut IPA made from citra hops, giving the brew a citrus and tropical taste. Combined with coconut, it creates a balanced flavor with a tangy aftertaste.

By the end of the year, Warsaw Coffee Company cofounders Scott Ojeda and Blaise McMackin will open Milk Honey (815 NE 13th St., Fort Lauderdale; 954.990.4189; warsawcoffee.com) next door to its popular café. The spot will be a juxtaposition of cold-pressed juices and craft cocktails. Planned to be open daily from 7 a.m. to midnight, it will be one of the county’s earliest-operating bars with a menu filled with breakfast, lunch and grab-and-go options.

Be There or B Square

Kuro, the Japanese restaurant inside Seminole Hard Rock Hotel & Casino (1 Seminole Way, Hollywood; 954.327.7625; seminolehardrockhollywood.com), returned to the coveted James Beard House in October to cook a specialty meal led by executive chef Alex Becker. It was the restaurant’s second invite to cook at the famed New York venue. To celebrate, Kuro is giving patrons an opportunity to sample that evening’s menu. Priced at $100 a person, plates include lionfish topped with brown butter and tosazu, a Wagyu beef mashup and mochi cake.

Just in time for Thanksgiving, Council Oak Steaks & Seafood at Seminole Hard Rock Hotel & Casino has divulged the recipe for its popular pumpkin-nut cheesecake with praline crumble. The thick, crunchy topping made of nuts and sugar is complemented by a creamy pumpkin-inspired cheesecake blend. Finish it with a smudge of cream and a dash of cinnamon.

Directions
For the crust: Combine ground graham cracker, cinnamon and butter in bowl. Mix until fully incorporated. Place in bottom of pan and press to make sure crust is even. Bake at 350 degrees for 9 minutes. Remove from oven and let cool.

For the pumpkin cheesecake mix: In a mixing bowl, use paddle to combine all ingredients until smooth. Pour cheesecake mix into pre-baked crust. Place pan in water bath and bake at 350 degrees for 90 minutes.

For the praline crumble: Using a double boiler, place white chocolate in bowl over boiling water. Stir chocolate until melted. Remove from heat, crumble the praline paste and add to the chocolate. Add the pailleté feulletine and mix. Set aside until set; crumble by hand.