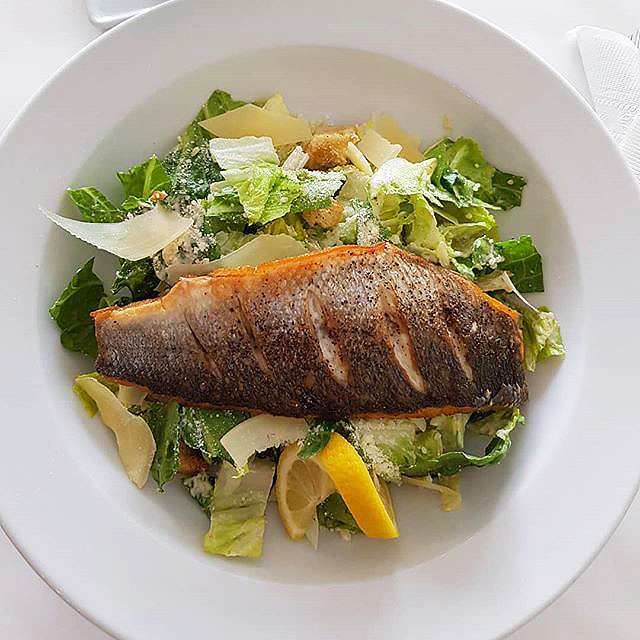 Takeout treats: Fans of this popular Italian restaurant were thrilled to hear that its two South Florida locations had re-opened for curbside takeout (and select delivery). And with good reason. Available dishes include its signature pizzas (baked at 900 degrees for 90 seconds, $16 to $18); a selection of pasta favorites (including bolognese, with braised beef and veal, $23); and even New York strip ($30) and ribeye steak ($32). In addition, Louie Bossi’s also is offering family meals for four ($79, with a 24-hour pre-order), featuring a different daily entrée, appetizer and salad.

Takeout treats: Husband-and-wife duo Fabrice and Stéphanie di Rienzo moved to Miami from France with their sights set on launching a restaurant that featured authentic Italian and French cuisine—prepared by Fabrice, who had learned his trade alongside standout chefs in France. The couple opened their dream eatery in January—it’s even named after their children, Matilda and Valentino. And, then, of course, the pandemic hit. Undaunted, M&V is still offering gourmet fare via takeout, including homemade pastas and classic French dishes. Entrees include short rib bourguignon braised in red wine and served with creamy pasta ($20); portobello mushroom risotto with onion, Parmesan and cream sauce ($15). The restaurant is also offering brunch on Saturdays and Sundays, including ratatouille omelets ($11), salmon Benedict ($13) and crepes with Nutella, banana and strawberries ($11).