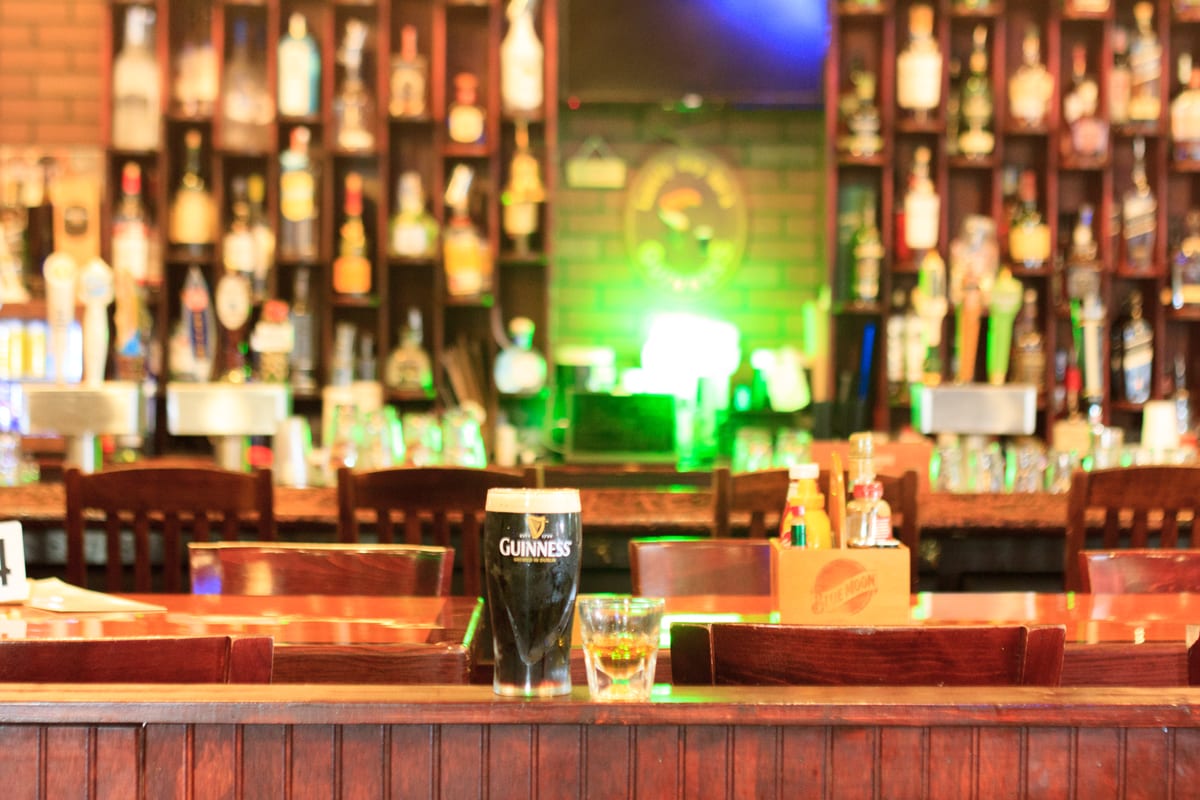 On a recent Friday afternoon, a few minutes shy of noon, Joe Valko jumped away from a high-top table and made his way behind The Wishing Well’s bar, raving about the green tea shots.

“This is the best part of owning a bar,” he says. “Drinks are on the house.”

This is the enthusiastic, anything-goes attitude that, last September, led him and his wife, Lisa, to become co-owners of The Wishing Well, a staple of Royal Palm Place on Mizner Boulevard. The Parkland couple had never owned a bar and never intended to, but one great night at the Irish pub with a few friends from the Berman Law Group was all it took.

The group of five, known as the Berman Team, saw a great business with untapped potential. The 16-year-old joint, with whiskey bottle-lined walls, wood accents and a full-size well at its core, had a rowdy reputation but was beloved by regulars for its homey vibe and lengthy happy hour, which spanned from 3 to 7 p.m. The deal was sealed in what felt like seconds.

“Normally, when we get something in our heads, we make it happen,” says Lisa, an agent at Travers Miran Realty. “We’re all strong personalities. It’s hard to resist the Berman Team.”

The Wishing Well will remain a traditional Irish pub and sports bar, “but with a more upscale feel … a little flair,” she says. Early on, the group divided the one bar into three: an upstairs lounge for private parties (and future whiskey tastings); inside for happy hour, food and live music; and an outside bar that skews a little younger, equipped with big screen TVs and a DJ.

“It’s just the place you can come to and get anything, from your cosmopolitan to your favorite Irish beers. It’s got something for everyone,” Joe says.

The aforementioned green tea shots, a mixture of Jameson Irish Whiskey, peach schnapps and sour mix, is one of the most popular drinks and the couple’s current favorite. They recently hired a new head chef, a true Irishman, to create a Celtic-fusion menu (“bar food with flair”) served until 2 a.m. There’s also an “Eggg Slut” brunch every Sunday from 11 a.m. to 3 p.m., featuring an elaborate bottomless bloody mary bar.

The pub holds 350 people, and there are talks of moving in next door to expand the upstairs lounge. “We have to,” Lisa says. “It’s getting very, very packed here.”

The couple is pleased with but not surprised by the early success. Joe likens the atmosphere to the bar in the sitcom “Cheers”—an “everybody knows your name” vibe. “It’s a nice feeling when you come in and see the owners, and we’re talking and buying a round of drinks for our regulars. If you come here, you’re going to see people you know—and you’re going to meet a lot of people.”

A giant kraken is now affixed to the wall above the bar to represent a partnership with Kraken rum, and more enhancements are in the works.

However, locals won’t lose the iconic wishing well. It’ll become more interactive with tokens and prizes, but “we’re not going to get rid of it,” Lisa promises.