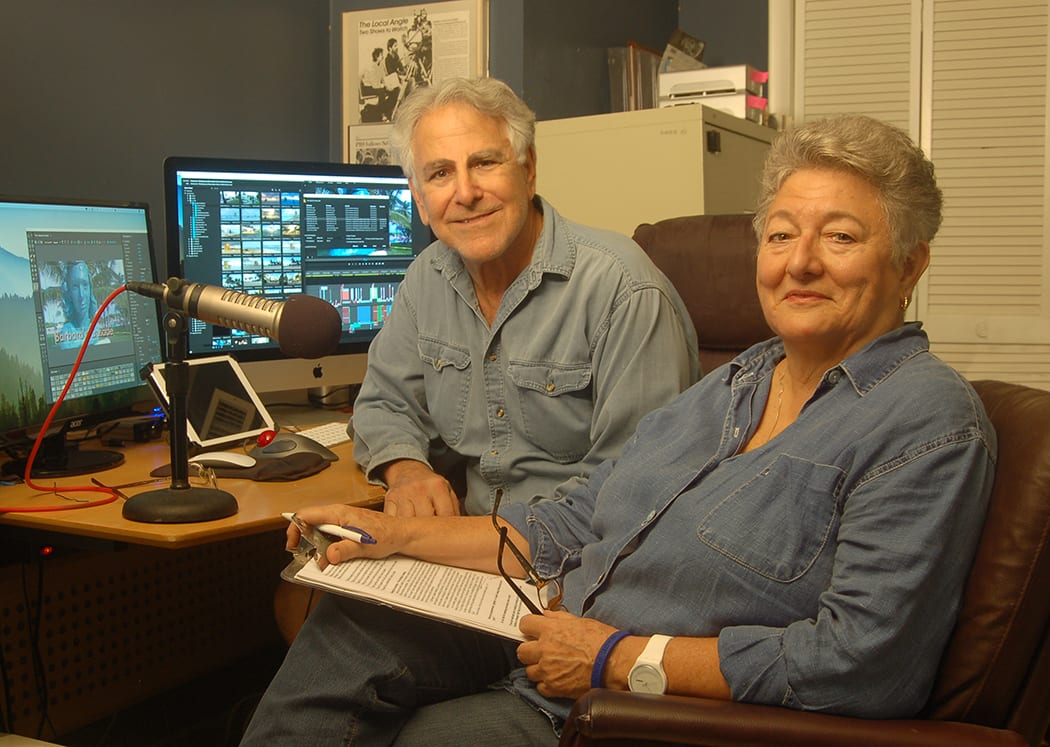 1 How did your journalism careers get started?

Carl started working in the NBC newsroom in New York, reading wire copy for NBC Nightly News when John Chancellor was the anchor. My start was in London working for the documentary division of an international news film agency. Later, I worked for the British Central Office of Information, covering events around the United Kingdom. I was a production assistant.

Carl was a news writer, then an assignment editor for UPITN [United Press International Television News], a London-based film agency. When they had an opening for a crew based in Latin America, we were hired. We decided Mexico City would be a good base of operations, mainly because we had honeymooned there, which was the irrational part of the decision. The rational part was we figured we could drive home if things didn’t work out. We covered headline stories throughout Latin America, became fluent in Spanish and learned to cook Mexican food. Our specialty is enchiladas.

2 What is the most important story you both covered in Latin America?

I think the story that had the deepest impact on both of us was covering the Sandinista revolution in Nicaragua. Covering war is not glamorous. We saw war up close, and the sights and smells linger in our memories to this day.

Even though we weren’t always in the same places at the same time, we both came through the experience with the conviction that war is obscene and useless. We became pacifists and, eventually, Quakers, a religious body that does not believe in war under any circumstances.

3 How did you become documentary filmmakers?

We had been covering daily hard news and found it frustrating. When deep into a story, you want to tell much more than is possible in a minute-and-30-second TV story. We wanted to tell longer stories with more context. Our first documentary was about U.S. churches giving sanctuary to Central American refugees. We were turned down by our employer then, ABC News. So we applied for a grant from the Corporation for Public Broadcasting and made “The New Underground Railroad.” It won several awards and aired across Europe.

4 What project has most impacted South Florida?

We were hired by Miami Beach to create an oral-history archive called the Miami Beach Visual Memoirs Project, now in its fifth year. We have interviewed 86 people who have lived and worked on Miami Beach. The city now has a thorough record of the past as told by eyewitnesses.

5 What advice do you have for journalism students?

Find a good internship in a place where you would enjoy living. Take any and all assignments and work your butt off. They might just hire you. Documentary filmmaking? Start out making short films about subjects you are passionate about. Use social media crowdfunding platforms for start-up funds. And don’t give up.

6 What’s something no one knows about you two?

We are Turner Classic Movies nerds. We’d rather stay home and watch a film noir classic than go to the movies and sit through all the garbage before the feature.

7 What’s the best part of living in Pinecrest?

We live in the northeast end of Pinecrest. We can walk to good restaurants, Trader Joe’s and the Metrorail, yet our home is a quiet, tropical oasis. We have a wonderful public library and great jazz concerts at Pinecrest Gardens.

—Editor’s note: All questions were answered by Kathy.