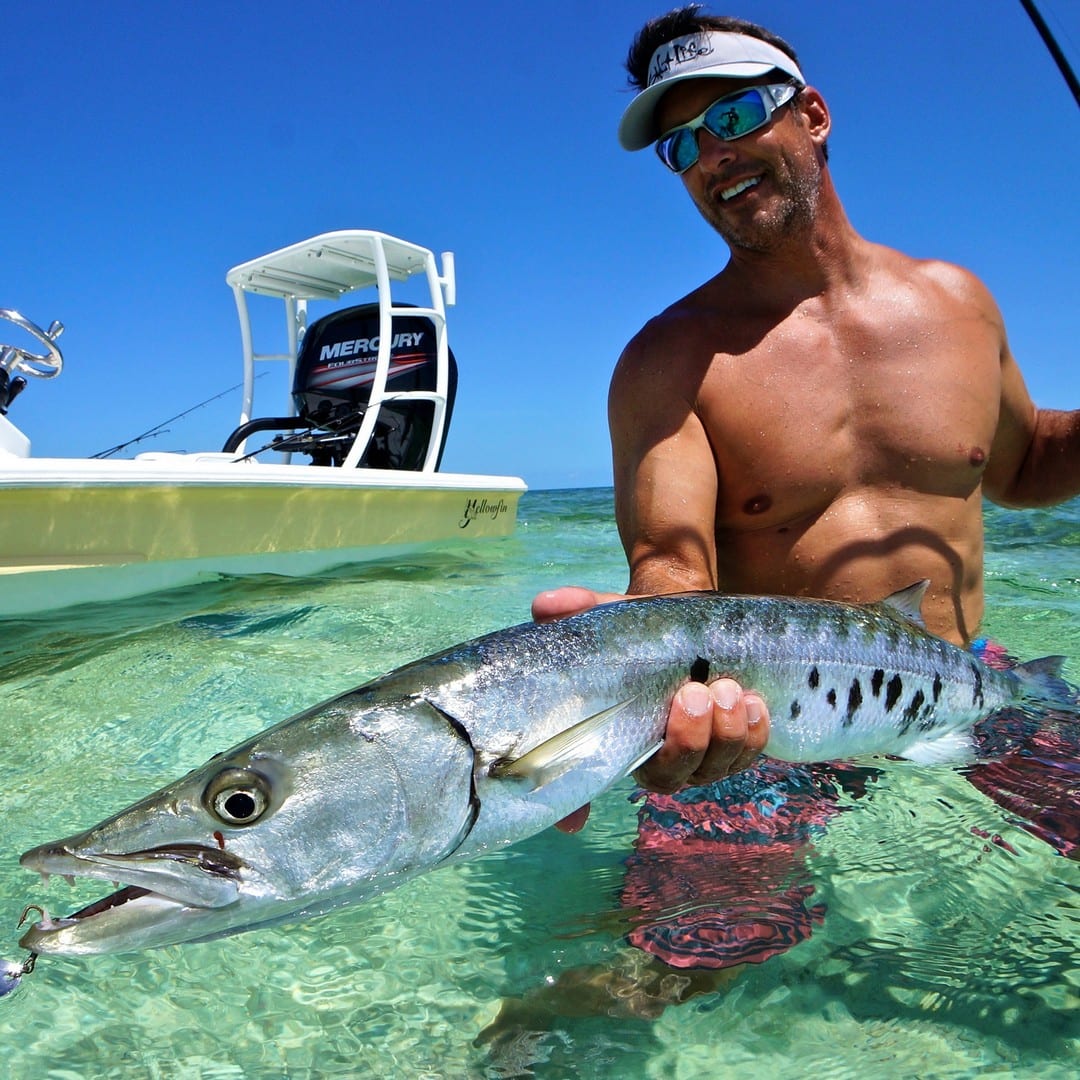 Professional fisherman and host of “Bass2Billfish” on NBC Sports

1 How did your professional fishing career begin? My professional fishing career started in 1990, the year I graduated from the University of Miami. I entered local fishing tournaments, then ventured to St. Thomas, Costa Rica, the Bahamas, Belize, Jamaica and the Cayman Islands. After graduation, I got a job in sales to finance my fishing addiction, while still focusing time on perfecting my fishing technique with my good friend Kitt Toomey.

2 How did you decide to attend the University of Miami? I grew up in New York and as soon as winter would arrive, my father would book our plane tickets to Florida. He would book a charter boat for one day, then golf for another day. Those vacations convinced me I had to go to UM. I studied marketing, advertising and English, graduating with a degree in communications. This combo was a foundation to reach my goal of hosting a fishing show.

3 You started the Get Lit Fishing Team in 1990. Did this play a role in helping you land your fishing reality show? My team’s success played a big role in building my fishing résumé. Over 20 years, we won or placed in over 120 high-profile billfish tournaments, in addition to winning the World Sailfish Championships three times. We have been referred to as a “Dynasty Team” and the “Top Team in South Florida History.”

4 You have a nationally televised fishing show called “Bass2Billfish” on NBC Sports and the World Fishing Network. How did that happen? I ran into a college friend, Rita Feldman, a talent agent. She thought I could have a career in modeling and acting. I resigned from my job in sales and started doing commercials, print ads and hosting. On shoots, when I met clients whose products would be a fit for my fishing team, I approached them. I secured sponsors for shoes, clothing, fishing line, sunglasses, underwater lights and sunblock. Eventually, I was hired by Bass Pro Shops to model and produce fishing shoots. Next, I made a three-minute sizzle reel to show potential partners the style, look and feel of the fishing show I wanted to produce. I approached Bass Pro Shops and Visit Florida with the short video, and they loved the idea. After securing them, other sponsors followed. I contacted NBC Sports, and they approved the concept. We are now producing season eight!

5 Who has had the biggest influence on your life? My father. I spent a lot of time with him. He was my best friend and taught me life lessons without me even being aware of it. He used to say, “You’ll never know until you try,” which left a lasting impression. That’s how I live my life now! Give it your all and try new things—especially the things you are passionate about.

6 Tell us something that no one knows about you? I have been studying the African drum, the djembe, for 15 years. I learned from the best drum masters hailing from Guinea, West Africa. I have played for African dance classes in New York City and here at the New World School of the Arts. I love the high energy!

7 Why did you choose Pinecrest as your hometown? Pinecrest is known for having some of the best schools in the country. When our son was born, it was time to decide where to live for the next 17 years. We looked around and always wound up on the same street with picturesque banyan trees. With large lots for activities and a strong feeling of privacy, it had everything. We bought our home back in 2000 and after a full renovation, moved in during 2001. I know every inch of the yard, taking care of it for 14 years, but finally had to relinquish control to landscapers when my business became too time-consuming.