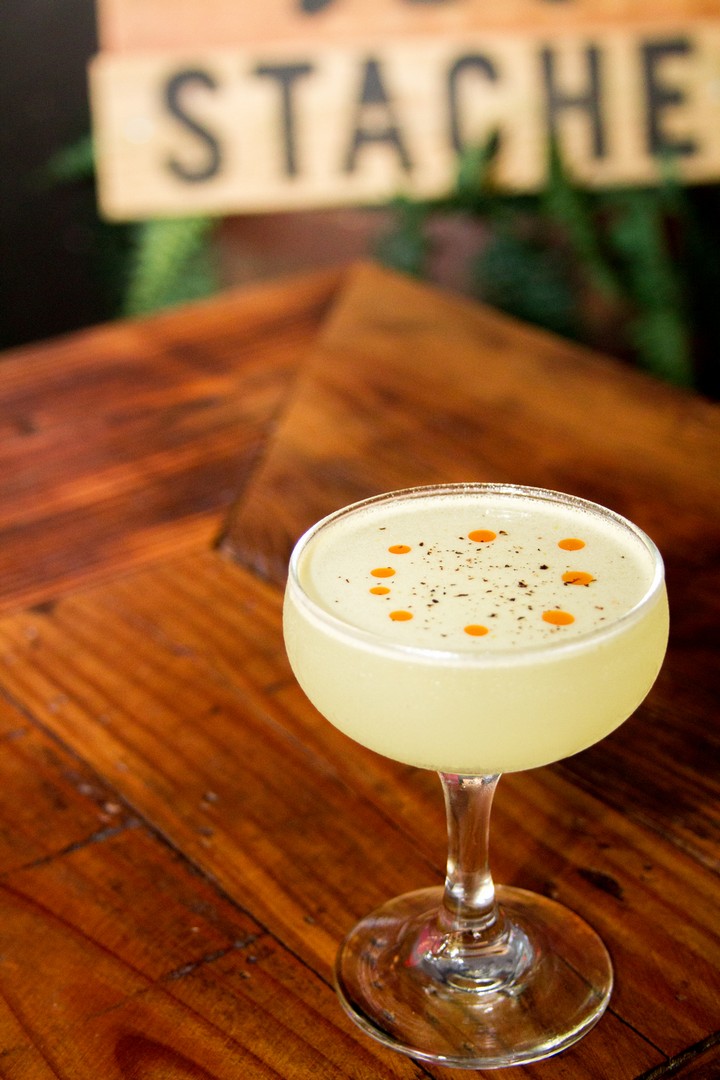 At first, it was odd watching Brian Freed pour extra virgin olive oil into the shaker, on top of the vodka. Then came the romaine lettuce. Was he making a cocktail or a salad?

Ahead of Lettuce recently debuted on the fall/winter menu at Stache Drinking Den and Coffee Bar, the craft cocktail-focused speakeasy in downtown Fort Lauderdale (109 SW Second Ave.). Originally, it stole the hearts and stomachs of diners at Freed’s latest venture, C.W.S. Bar & Kitchen in Lake Worth, earning a spot on the permanent menu.

“We’re trying to create some synergy between the two places by having some of the same cocktails,” says Freed, the co-owner. “This cocktail was a hit—it’s delicious, it feels healthy. It’s light, it’s refreshing. We always change our drinks, but this one was a winner.”

Stache’s signature cocktails make use of fresh ingredients and a wild imagination. In addition to lettuce and a spoonful of olive oil, Ahead of Lettuce calls on vodka (the lounge opts for Hangar One), fresh-squeezed lime juice (“It has to be fresh—no bottle stuff,” he says), cane syrup and chili oil to garnish.

Oh, and a dash of seasonings, because “what salad doesn’t have salt and pepper?”

The sweet syrup and the sour juice balance the richness of the olive oil, which creates a slightly silky texture. The outcome is a libation that transcends seasons yet stands up to South Florida’s hot autumn days. Plus, vodka cocktails are an easy sell.

“Vodka pays the bills, as they say,” he quips. “It’s not going anywhere. Otherwise, an Old Fashioned is our biggest seller.”

Stache has become a favorite spot for whiskey lovers, given its 350 varieties. It even spawned the Fort Lauderdale Whiskey Society, a group of more than 500 enthusiasts who come together each month for a tasting. The bar also has its own barrels of bourbon.

“We wanted to do something different than what downtown Fort Lauderdale knows, which is slamming drinks,” Freed says. “Giving people a better spirit, a better drink. Something that’s balanced. People are beginning to take their cocktails more seriously.”

Directions
Shake well and strain into a chilled Champagne saucer. Garnish with drops of chili oil and a sprinkle of pepper.