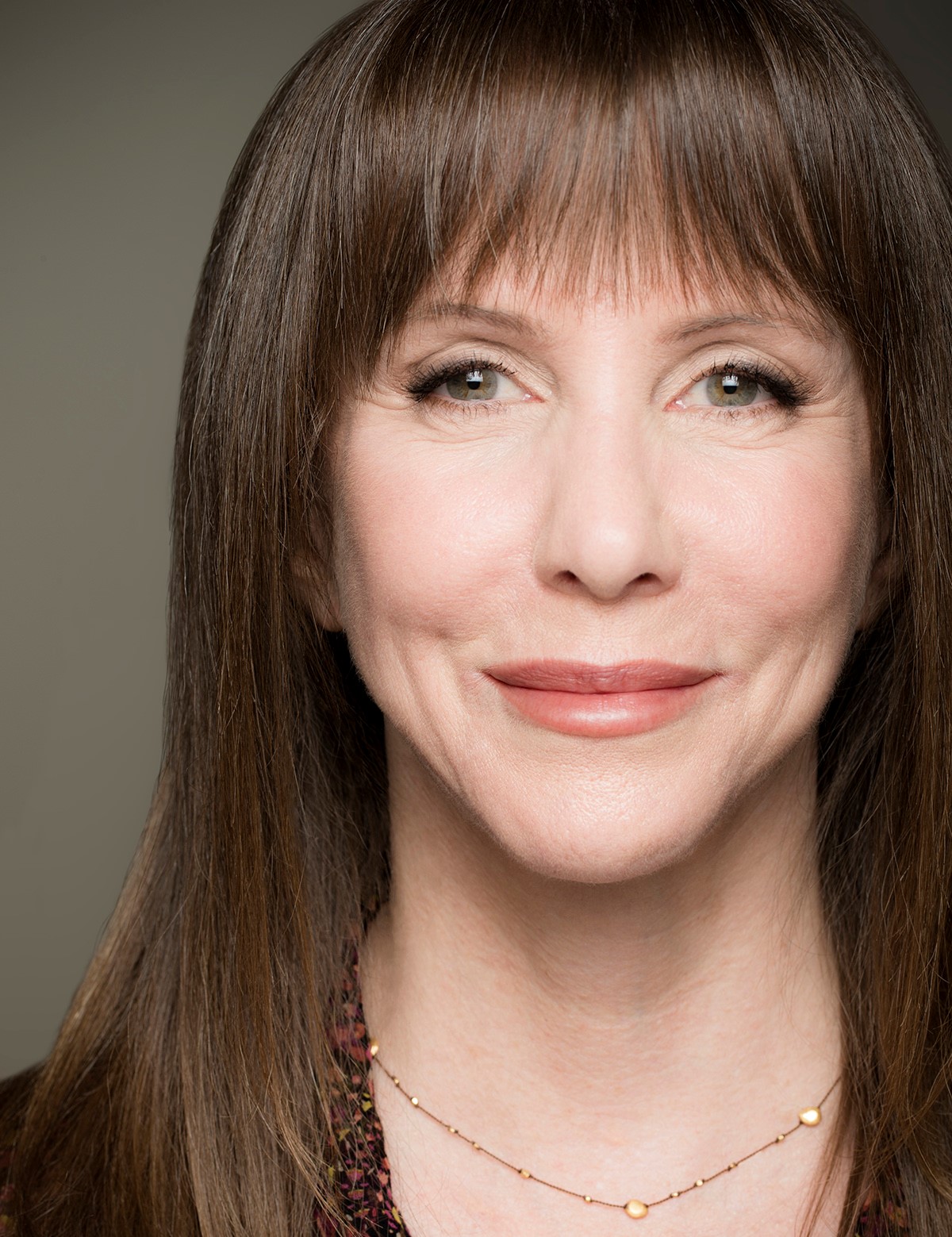 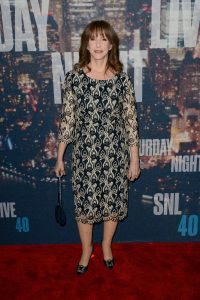 For the better part of 30 years, one of the original Not Ready for Prime Time Players has been hiding out in plain sight as a monkey astronaut, a fun-loving vampire, a talking telescope—and countless other characters in cartoons that children watch every day of the week.

It’s a second act as an esteemed voice actor that Loraine Newman probably wouldn’t have envisioned at age 22, when Lorne Michaels, impressed by her improvisational chops as an original member of the Groundlings in Los Angeles, hired her to work on a Lily Tomlin TV special in 1974. One year later, Michaels invited Newman—along with the likes of Dan Aykroyd, John Belushi and Gilda Radner—to move to New York and launch a hip, new sketch comedy/variety show called Saturday Night Live.

The rest was comedy history for the series. But it wasn’t until dealing with her depression and kicking a drug addiction in 1987 (one she’d had since her early teens) that Newman ultimately found joy away from the camera’s eye. Her voice work in animated TV shows and movies, which started in the early 1990s, was born of her desire to be present for her children, Spike (now 30) and Hannah (26).

“I remember feeling very guilty and very anxious because, of course, nobody could be a better mother to them than me,” Newman says, invoking an old English accent. “So, I investigated voiceover work, I got an agent, and auditioned for like two years. I would get parts, but I wouldn’t get a series. Then I took a class with Charlie Adler [a renowned voice actor and voice director]. And after that, I never stopped working.

“It’s a different form of acting. You have to evoke size, age, nationality and sometimes species, with just your voice. I absolutely love that challenge.”

Newman—whose three-decade run as an in-demand voice artist includes work on current-day cartoons like Ridley Jones, Vampirina, and Doc McStuffins—will be in Boca Raton Feb. 16 for a conversation at the Levis JCC Sandler Center with another SNL alum from those early seasons, writer Alan Zweibel. Here’s an abbreviated version of the print story that appears in the February issue of Lifestyle.

Beyond SNL, there are fascinating elements to the start of your career. As a teenager, you auditioned at several acting schools in England but, ultimately, you weren’t accepted. You did, however, study mime in Paris with Marcel Marceau. Why was the famed French mime artist even on your radar?

When I was 16, I went to see him perform at Royce Hall, which is at UCLA. I don’t remember why I was there—but I do remember being dazzled at the idea of getting laughs without [using] words.

I don’t know what gave me the [nerve] to do this—a recurring theme in my life—but I went backstage and asked Marcel if he could recommend a teacher for me in Los Angeles. He recommended [renowned mime] Richmond Shepard, who not only taught me mime, but who also taught me improv.

I continued to learn mime technique, which is pretty rigorous, all through high school. When I went for the final auditions in England for the acting schools, the option always was there to at least check out Marcel’s school in Paris. In my heart of hearts, I was hoping he would say no, because I never planned on living in a country where I wasn’t fluent in the language.

Fortunately, I wasn’t the captain of my own ship. And it was an amazing experience. It was full-immersion French and American Sign Language, because there were a lot of deaf students there as well. It was five hours a day of fencing and acrobatics and ballet and mime technique. Marcel was a great and loving teacher. He gave a lot of himself.

You also were part of the original Groundlings company in Los Angeles, which has since spawned everyone from Will Ferrell to Melissa McCarthy to Kristen Wiig. Chicago always was the improv capital. What was the improv scene like in L.A. during the mid-1970s?

There were a few groups, including the Ace Trucking Company [which included Fred Willard]. But we were different. The Groundlings has its own tone. Most of the other improv groups were the flavor of Second City, which is premise-based. The humor and the content of the Groundlings was character-based. That’s what is distinctive about our company. I can always recognize a Groundling on SNL, even if I haven’t seen that person develop over the years, because their stuff is so character driven.

You’ve been candid about having mixed emotions regarding your years [1975-80] on SNL—especially when it came to living in New York. Why wasn’t the city a good fit?

As I said, I was kind of a loner. I was very young [she was 23 when SNL debuted], and I was very undeveloped. Plus, I was homesick. I’m only now realizing how scared I was in New York.

I was visiting my 30-year-old [Spike] there not long ago—and I [expletive] hate New York. It’s dirty, and it’s cold—on so many levels. If you’re not unimaginably wealthy, it’s utter toil. It’s just not for me. I’m such a West Coast person. Just the autonomy of being able to drive yourself places. In New York, it’s like God forbid you want to do your dry cleaning and go to the market in the same day.

You’ve said that you weren’t interested in pursuing recurring characters on SNL. But as you saw someone like John Belushi breaking big with his Samurai character, wasn’t there a part of you that wanted to be front and center too?

Oh, I absolutely wanted to be more front and center. But I’m not a big picture kind of gal. It takes me a long time to learn. I simply did not put it together that recurring characters would be the way to be memorable on that show. I was, again, the dubious captain of my own ship. I wanted people to be dazzled by how many characters I did.

In an interview with the Associated Press about your audio book (May You Live in Interesting Times: A Memoir), you mentioned that you wanted to lean into the fact that you’ve experienced a lot of failure. Why was that important for you to share?

Because I felt that in a lot of memoirs there’s a pink bow on the end of the stories. I realized that my story is a happy ending. But I felt that it was necessary and important to be completely honest about my inner life. I think that helps other people. It connects people when they read about someone’s truth, their self-doubt, their depression, and their humiliating failures, which can be funny.

Did some of your own career failures contribute to your addiction issues, or was that all part of a larger mosaic?

Yeah, that’s a chicken-or-egg thing. Being an active drug user really undermines anybody’s ability. And I think chronic drug users have a very negative outlook on the world.

But then I had this kind of moment of clarity, and I checked myself into a detox place—on April 28, 1987 [she says, adopting a grandmotherly type of voice]—thinking that they would teach me how to use drugs like a normal person [she laughs].

Was there an episode that precipitated that moment of clarity?

It was a bad audition, where I knew I was bad. Auditions scare the [expletive] out of me. To this day, any kind of on-camera audition is a complete panic attack. So, in order to ingratiate myself with the director, who I knew, I started to bad-mouth a mutual friend of ours—which is soooo endearing [she says, sarcastically].

I knew as I was doing it, especially since the director wouldn’t engage, that this was a mistake. And then the inevitable firing squad of the audition was just abysmal. Afterward, my agent called and asked how it went. I told him I was terrible. He said, “Good. I’m glad that you’re aware of that. Because I gotta tell you, they called me and wanted to know what was wrong with you.”

I realized that this last place for me to participate in the world was going to go away. And that’s when I knew I had to do something about it. [Note: Newman has been sober for nearly 35 years.]

It’s interesting that you still become anxious about auditions. Is that something that started early and just never went away?

Well, I’m working on it in therapy. There’s something, especially, about the eye of the camera, of being observed, that just freaks me out. Even when I have the job, and they yell action, there’s just something in me that goes a little crazy [when being filmed].

I’m fine doing stage work, depending on what stage work it is. But even this speaking tour that I’m doing for the book, I have such stage fright. I have to take a beta blocker to do it!

A Conversation with Laraine Newman and Alan Zweibel

What: Expect lots of Saturday Night Live stories from these two alums of the show’s initial seasons. They’ll also be discussing their recent memoirs; Newman’s audio book is May You Live in Interesting Times; Zweibel is the author of Laugh Lines: My Life Helping Funny People be Funnier.