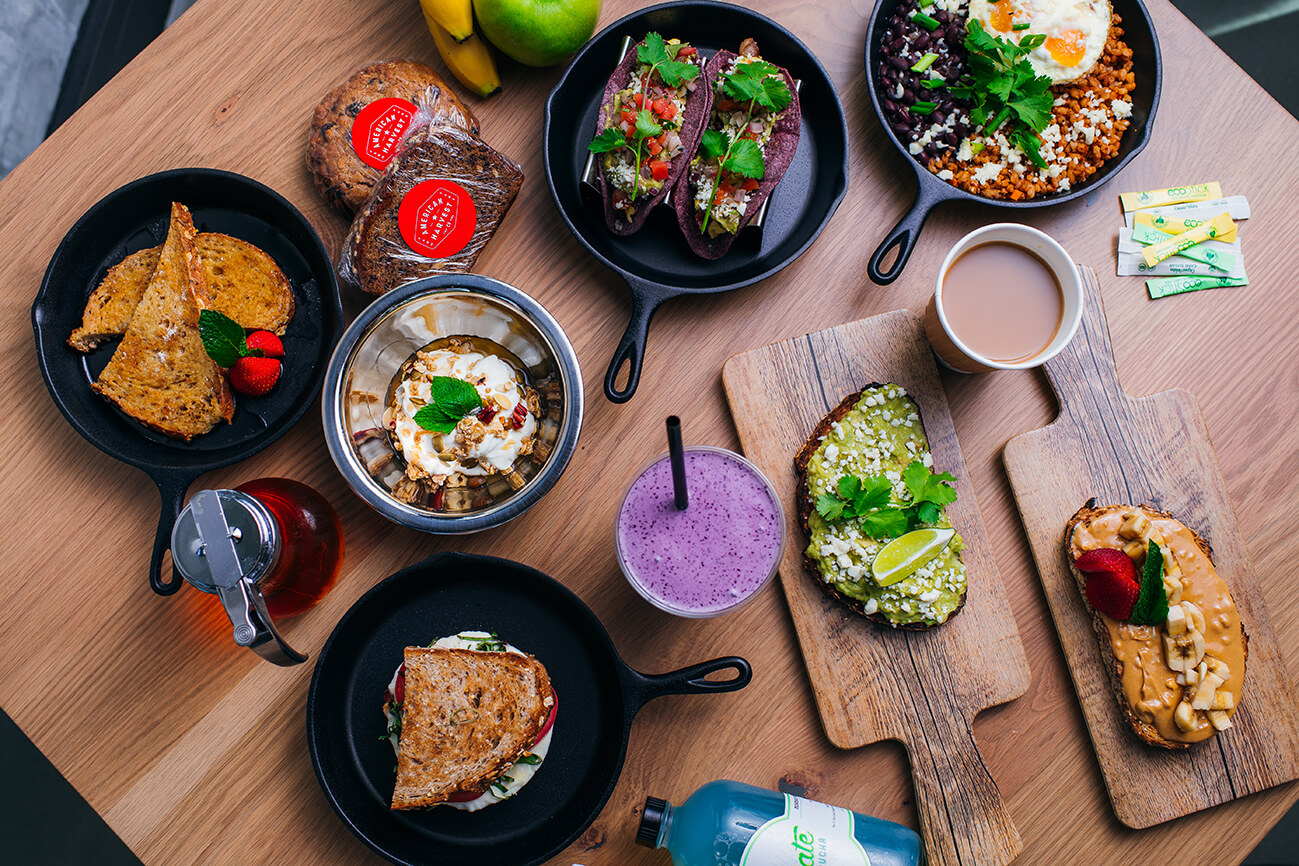 “Fast-casual is the biggest growing segment within the food industry,” Ignacio Garcia-Menocal, co-founder and chief operating officer of Grove Bay, says of a concept exemplified by such national chains as Boston Market, Panera Bread and Chipotle Mexican Grill. “Within that, there is a lack of great-tasting American food that is delivered in a quick setting.”

Though the farm-to-table restaurant is fast, its ingredients are slow. Here, more than three dozen menu items are made by mixing and matching fresh and seasonal herbs, fruits and vegetables with hormone- and antibiotic-free proteins. Consider the rotisserie chicken skillet, made with cage-free poultry drizzled in a chimichurri vinaigrette and served with roasted sweet potato, mushroom, bacon and scallion. Or consider the American Harvest burger, which calls for a blend of angus, chuck short rib and brisket layered with fontina cheese, mayonnaise made in-house, and caramelized onions on a potato roll.

“The great thing about American Harvest is, you’ll feel good about serving it to your family,” chef Bret Hessler says. “Fast-casual is dominated by heavily processed food. With American Harvest, we want to actively be a part of our community by sourcing locally.”

American Harvest is relatively affordable, too. The burger and the chicken skillet are priced at $10 each, as are other menu items, such as avocado and queso blanco toast; the Cubano breakfast skillet, topped with eggs, bacon, beans and cheese; and the Asian noodle bowl with a host of vegetables, lo mein noodles and Thai soy dressing. The $35 value meal feeds four; it includes a whole roasted chicken with sauce (chimichurri, pesto or curry) along with three sides, from quinoa to black beans or Asian kale slaw.

The least-expensive items on the menu include black bean hummus topped with queso fresco and lime with blue corn chips at $4, and breakfast tacos with avocado, bacon, eggs, cheese and black bean hummus for $6.

“The cool thing about this concept is, we’re taking what we do in our fine-dining restaurants, like superior quality and service in a fun atmosphere, but delivering it in a fast-casual environment with lower prices,” Garcia-Menocal adds.

The restaurant, which debuted in December 2017 at Brickell City Centre followed by a second location in South Miami in January, will expand across Miami-Dade and into Broward County. First up is Doral. “Our plan is to grow,” Garcia-Menocal says. “The concept has been very well received. … Out of all our restaurants, this one will be the one that we will grow.”