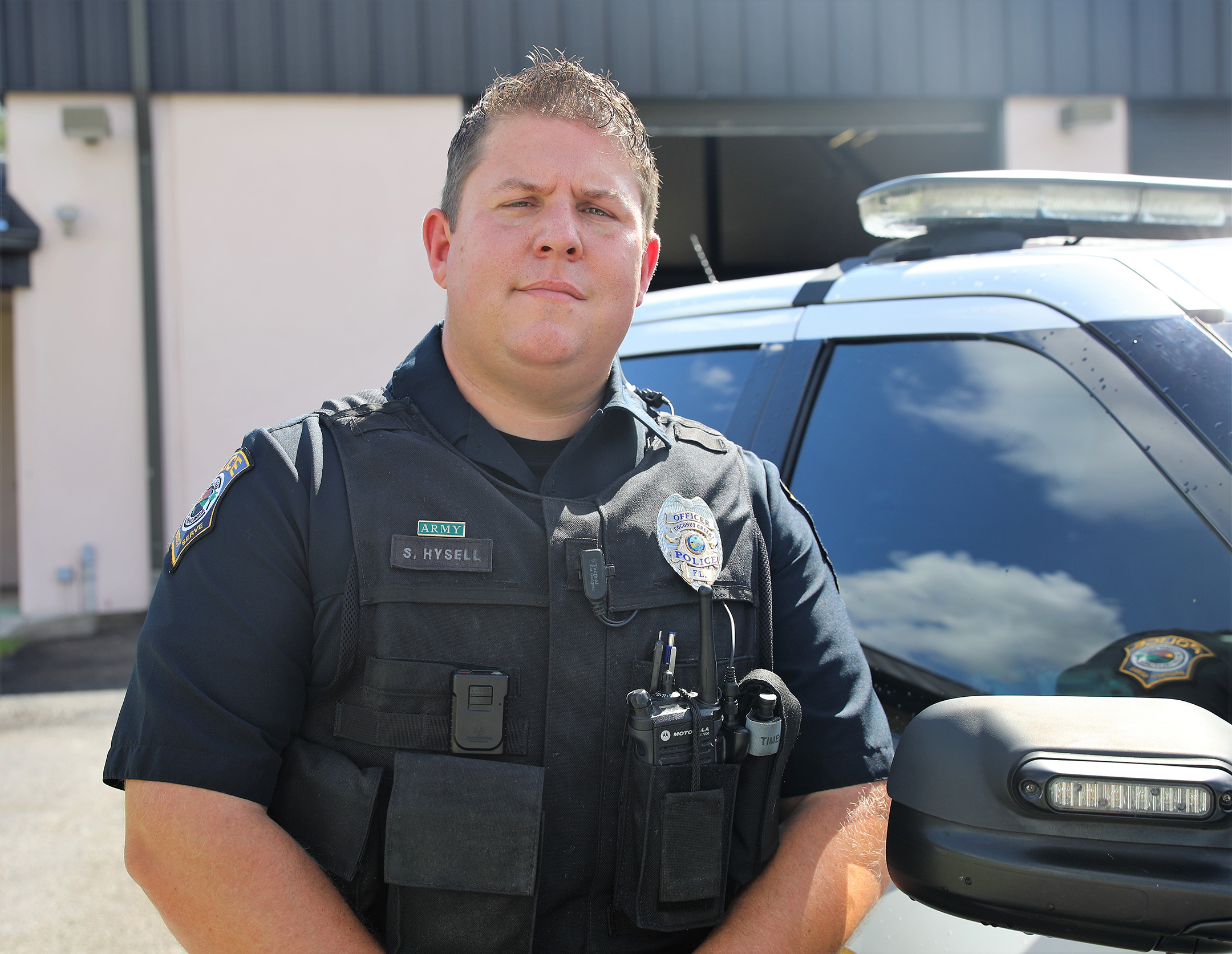 An Officer and a Veteran

The Coconut Creek police department employs more than a dozen veterans, including Creek native Scott Hysell, an officer who served in the Army from 2011 to 2014. While he was stationed in Afghanistan, a 250-pound homemade explosive device went off underneath his truck. The force of the blast lifted the 30-ton vehicle into the air, moving it from the roadway to the shoulder and requiring Hysell to use a wheelchair for 10 months of his 18-month recovery. Recently, he spoke about that experience and what Veterans Day means to him.

Did you always want to be a police officer?

“Pretty much! [Laughs.] I graduated from Coconut Creek High School, and when I was there I was part of the Police Explorers. Capt. John Leonard gave my dad a pamphlet on the Explorers. My dad gave it to me and I was interested. It pretty much just went from there.”

Where were you in Afghanistan, and what were you doing?

“My unit was stationed in the northeast part of the country. I was there for seven months. We trained the Afghan police forces in that area and also conducted operations in counterinsurgency. I got to experience all kinds of different cultures and people. It was an eye-opening experience for me.”

What happened when you were wounded?

“We were doing roadside operations one day when an IED [improvised explosive device] was detonated underneath my truck. It injured me to the point that my left heel was fractured and my right ankle was shattered. It was life-changing. It makes you put things into perspective. It makes you look closely at your family and your friends and appreciate the time and the love that they have given you.”

The force of the blast put a crater in the roadway several feet deep. How do you think you survived the explosion?

“The technology as far as the safety of those trucks has really come a long way. There is steel plating underneath the truck in the shape of a ‘V’ that helps disperse the force of the blast away from the occupants and that’s probably what saved my life that day.”

We certainly appreciate our older veterans, from World War II, Korea, Vietnam, the Gulf War as we do vets who fought in Iraq and Afghanistan. What does Veterans Day mean to you?

“For me, Veterans Day is a day to reflect on those I served with and the friends that I’ve lost to the wars in Iraq and Afghanistan. I do my best to reach out to everybody that I deployed with and make sure they know I’m around if they ever need me—that I’m a phone call away. It’s also a day of appreciation for those who continue to serve our country and community selflessly.”