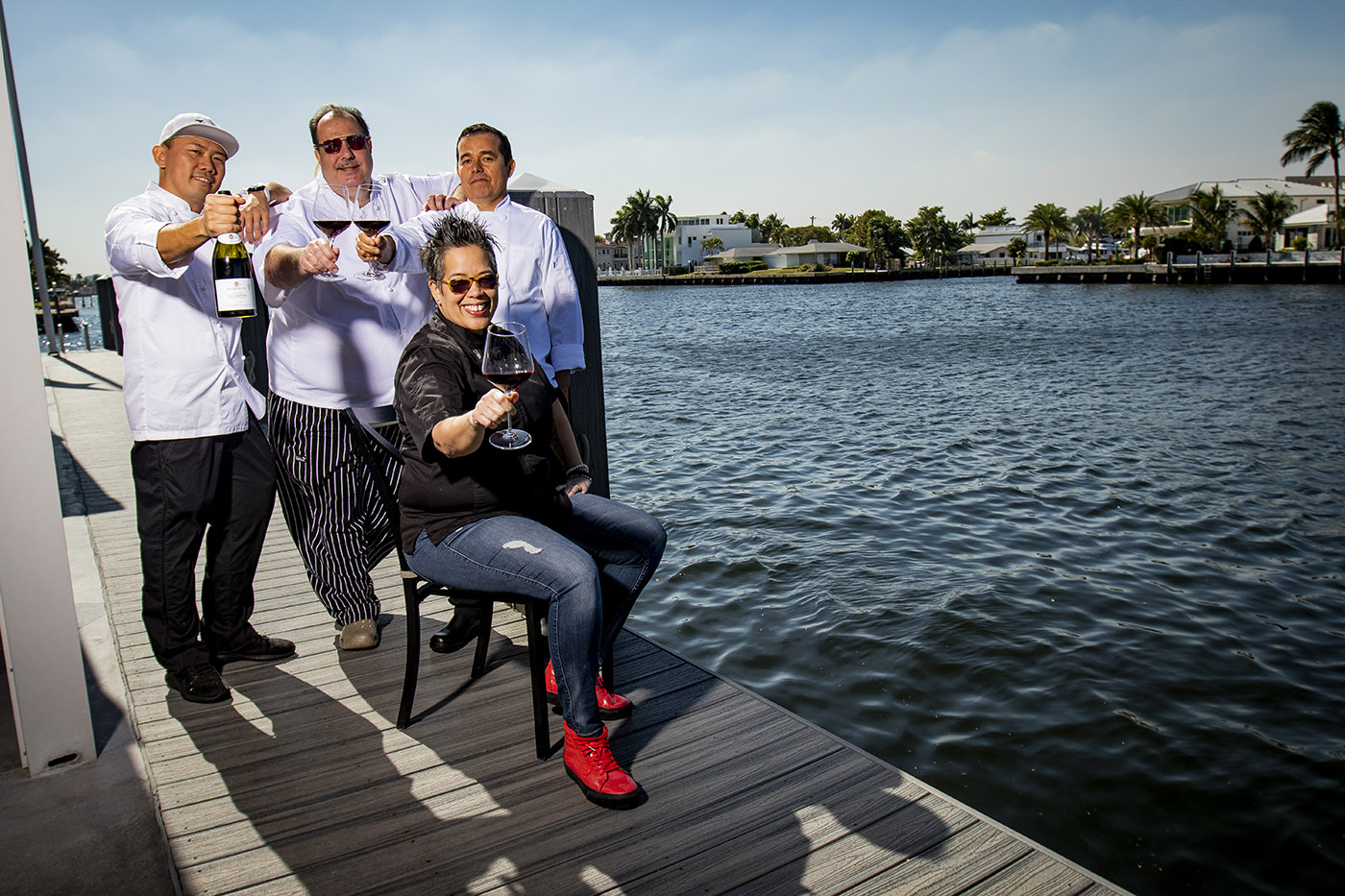 Did you know: From 2006 to 2011, the chef was on Bravo TV’s Top Chef during seasons 2, 3 and 5. She is also the founder of Global Soul Project, a food organization dedicated to combating hunger, empowering youth and strengthening communities. The personable chef and popular speaker adheres to an “Eat well; live happy” philosophy.

Did you know: Chi Chan’s father was a dim sum chef in Hong Kong for 30 years. When the family moved to the United States, Chan worked his way up from cashier to line cook at his family’s Minnesota restaurants. His parents told him never to have a cooking career. He had plans to become a computer programmer, but when he toured a local college, he got lost and ended up finding a Cordon Bleu school in the building. He never looked back.

Did you know: Saucy grew up in a medieval German castle in the Black Forest region, which had been converted into a resort hotel; his father was the resort’s executive chef. Saucy is a graduate of the Culinary Institute of America.

Did you know: Carlos Vaquerano and Capriccio’s have been around for some time, a testimony to both. Gianpiero and Karen Cangelosi opened Capriccio’s in 1987. Vaquerano started at Capriccio’s in 1993 as a dishwasher. He worked his way through all the stations of the kitchen until he became chef.

The chefs answer, “Does an event like the Greater Fort Lauderdale Food and Wine Festival have an impact on the regional culinary scene?”

Saucy: A festival like this gives a stamp of approval to just say that the reason we can do this is because we have such a diverse field of restaurants, a diverse tourism that comes here, different ethnic backgrounds. That’s a lot different than many areas around the country.

Chan: The fact that we are branching away from the big focus of the South Beach Wine & Food Festival helps the Broward restaurants. Everyone knows Miami. It gives restaurants in this area an opportunity to showcase what they have and what their specialties are.

Vaquerano: People get to know about different restaurants. I talk to people who don’t even know about the restaurant that’s right in their area. This introduces it to them.

Smith-Malave: A festival like this brings all these wonderful chefs from restaurants all over the county together; from restaurants that people may or may not have heard of, offering an inside look and a taste to the public. It is a perfect way to bring the food community together.

Greater Fort Lauderdale Food & Wine Festival
The second annual festival was scheduled to run March 18-22 but was rescheduled for Aug. 5-9. Visit gflfoodwine.com for complete details and ticket information on the following events.

GFL on the Rise: an elevated experience

What: Unlimited food and beverage tastings, chef and cooking demonstrations, live music and much more

Shot on location at Mastro’s Ocean Club in Fort Lauderdale