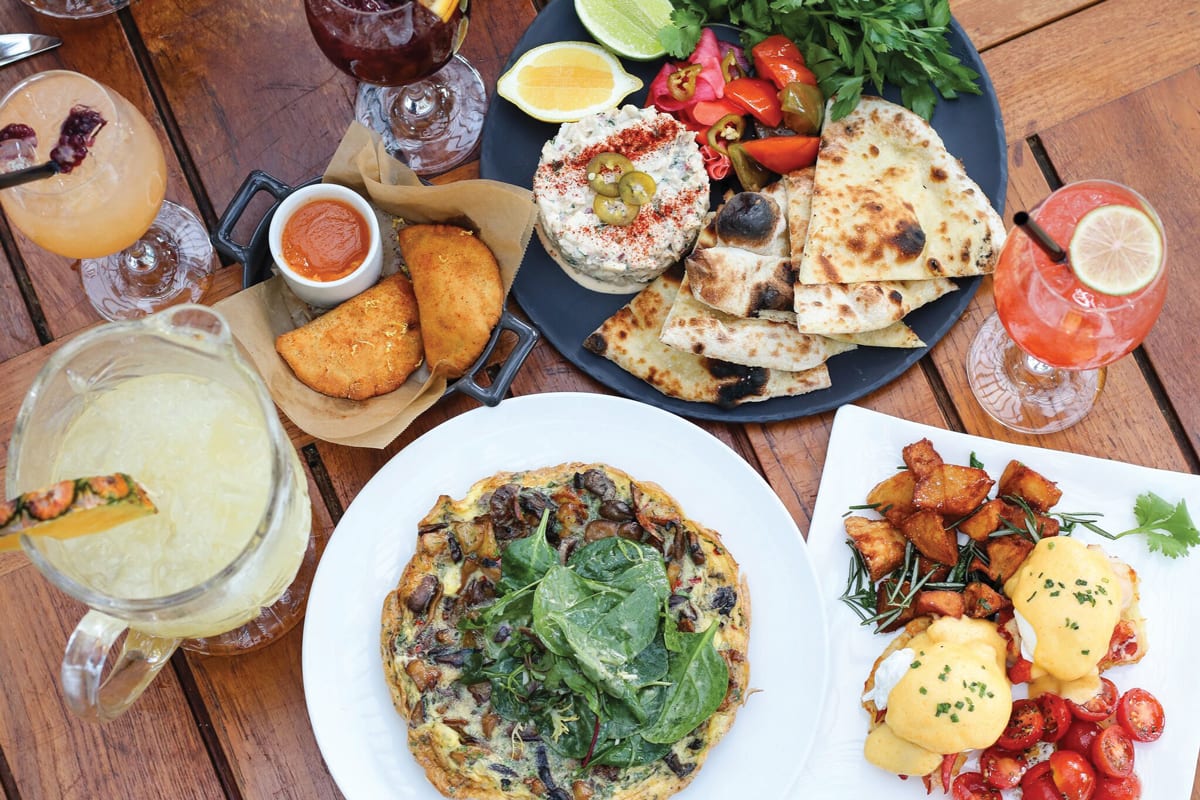 Brunch at the Matador

It’s hard to imagine a better time of year, weather-wise, to end the weekend with brunch alfresco. All the more reason to visit the Matador Room, the signature restaurant inside the Miami Beach Edition that recently started Saturday and Sunday brunch at its poolside and oceanfront terrace. Curated by Michelin-star chef Jean-Georges Vongerichten, along with “Top Chef” winner and executive chef Jeremy Ford, the offerings add Latin and Caribbean flavor to many traditional brunch plates. Highlights include huevos rancheros drizzled with fire-roasted salsa, and coconut pancakes with grapefruit and lavender maple syrup. Make sure to wash it down with a bubbly rosé sangria with fresh berries. (2901 Collins Ave., 786.257.4600)

Catch the Guys in Davie

The Americanized gyro-and-falafel grub that’s a staple in New York City has arrived in Davie, thanks to The Halal Guys. The restaurant, which has developed a cult-like following since its 1990 opening in Manhattan, plans for more than 450 spots across the country. Menu highlights include gyros, falafel bowls and wraps, and hummus and baklava as a side. Make sure to ask for an extra helping of the brand’s secret white sauce, adding an extra oomph to the Guys’ signature offerings. (2268 S. University Drive, 954.947.1817)

Inspired by some of 2017’s trendiest foods, Los Angeles-based K Ramen Burger Beer is open inside the Townhouse Hotel. Tucked away inside the basement of the South Beach property, owned by SBE Hospitality, the restaurant makes chef-driven dining approachable. With a Japanese and American twist, K Ramen is known, among other dishes, for its spicy tuna poke bowl, lobster ramen soaked in kimchee butter broth, and a mighty double-decker hamburger infused with the restaurant’s own zesty cream sauce. Most dishes on the menu, which are enough for two to share, cost between $10 and $15, giving diners South Beach fare without a hefty price tag. (150 20th St., 305.534.7895)

Snag baked goods from South Florida’s favorite artisanal baker without a drive to Miami. Zak Stern, who runs the popular Zak the Baker (as well as a newly opened café/deli), is offering an assortment of fresh-baked breads inside Whole Foods Market bakery departments throughout the tri-country region. Expect an array of offerings, including country wheat, Jewish rye, multigrain, cranberry walnut and olive zataar, as well as artisan baguettes, all priced around $6 a selection. Also, a specialty babka will be available exclusively at the South Florida stores. The partnership marks the only opportunity to snag ZTB bread outside of Stern’s Wynwood outpost.

The Big Easy Comes to Pompano