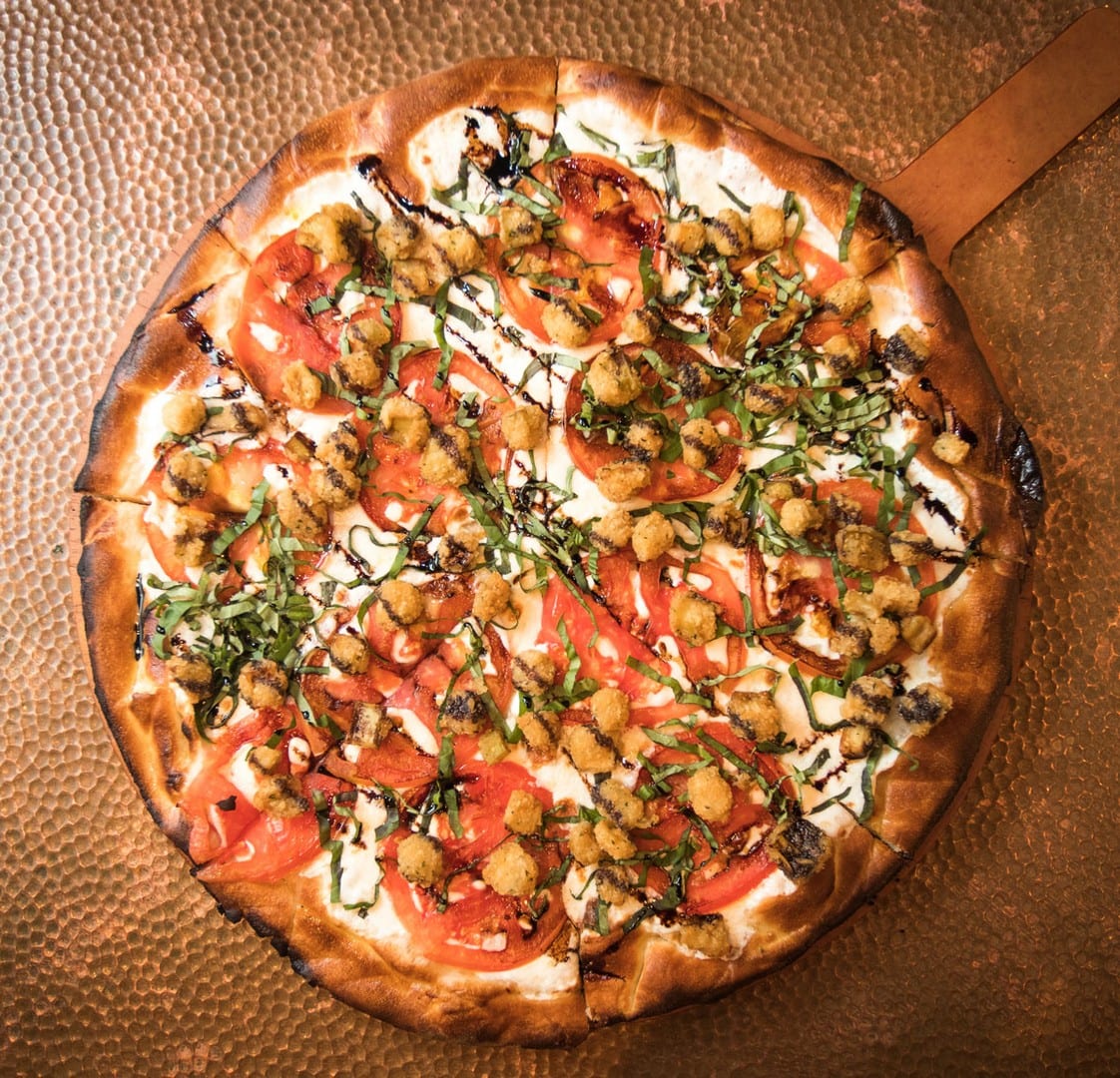 Before launching the first Sicilian Oven in Lighthouse Point with partner Ralph DiSalvo back in 2008, Andrew Garavuso took himself to the woodshed—and that’s when it hit him.

All he needed to do, to give his pizzas an edge, was throw another log on the fire.

Garavuso already understood the effect that burning charcoal had on a pie, after his successful stint with a popular coal-fired pizza franchise. Yes, the heat can reach 1,100 degrees in a coal-burning oven, but as the day progresses, the temperature can drop as much as 600 degrees. That requires an oven reload with new briquettes—and time for them to heat. Then there is the issue of moisture; coal maintains it, and when the moisture expands the coal, the rock explodes in the oven (and, sometimes, bits fly onto the pizza).

After doing his homework, Garavuso began to see the beauty of cooking in a wood-fired oven. For starters, that’s how it’s done in Italy; perfectly preserved wood-fired ovens were even discovered amid the ruins of Pompeii. More important, where pizza is concerned, wood allows chefs to work with slightly lower and more easily controlled temperatures. And that can make all the difference when it comes to crust and crispness.

“If I put a ball of dough in a coal oven, and it’s 1,000 degrees, it’s going to cook real fast and then stop,” Garavuso says. “You’ll pull off a slice that’s nice and charred on the outside, but it will be gooey in the center. Your slice will flop instead of crunch.

“Now, if you have a little bit lower temperature—and for us, that’s just north of 700 degrees—the pie continues to rise. Then it gets airy and crispy; you get that crunch.”

At each of the soon-to-be six Sicilian Ovens across South Florida—a new restaurant in Fort Lauderdale opens next month, joining locations in Coral Springs, Aventura, Boca Raton, Plantation and Lighthouse Point—the kitchen will go through approximately 320 pounds of hard oak per day. The oak, which is specially treated and dried, burns much longer than other woods.

But that’s hardly the only element that distinguishes the pizzas at Sicilian Oven. As evidenced by its Queen of Sicily pie—with bite-sized chunks of breaded eggplant, fresh tomato and mozzarella, basil and balsamic glaze that was inspired by a similar Stack of Sicily entrée—Garavuso and his team pay just as much attention to the ingredients as they do the wood.

1. Early to rise: “High-gluten flour works best for our ovens because it holds up under the intense heat. (The restaurant does offer gluten-free crust made with rice flour.) The prep, for us, is the most important part. We make dough the day before and prep upward of 270 balls. Dough needs to rest and settle. When [it’s time to make a pie], we take out the dough and let it almost come down to room temperature. So, it’s easy to manage, and it rises more easily.”

2. Living on the edge: “We cook our pies anywhere from 4½ to six minutes; we tend to veer more on higher side of that number because we want that char around the edges. The brick oven toasts it on the bottom— if you lift the pie, you’ll see that it’s nice and brown underneath. The flame is what gives the crust some char.”

3. Top it off: “We use a very good, Roland-brand balsamic vinegar that we reduce halfway down to a glaze. It’s almost like a syrup. The vinegar, as bitter as it is, gets a sweet flavor the more you cook it down. The crispiness of the fried eggplant and sweetness of the balsamic glaze work so well together on the pie.”

4. Hip to be square: “When the order comes in, we fry the eggplant and cut it into little squares. We let it sit for a second, and then, when the pizza is close to being done, we place the squares. The eggplant crisps up a bit more and melts into the cheese.”

5. Say cheese: “The mozzarella we use, a BelGioioso brand, is specifically formulated for high-heat ovens. It’s a little drier, which helps it to melt faster. You’ll notice that many pizzerias spread the sauce first. On those pies, everywhere there’s sauce, the cheese melts into it, creating that yellow color. Here, we put slices of cheese on the dough first, and then blob the sauce around them.”

6. Only the best: “We make fresh sauce daily using vine-ripe California San Marzano-style tomatoes [also used for the slices in this pizza recipe]; they’re high-quality tomatoes and the only ones we use for our pizza and pomodoro sauces.”