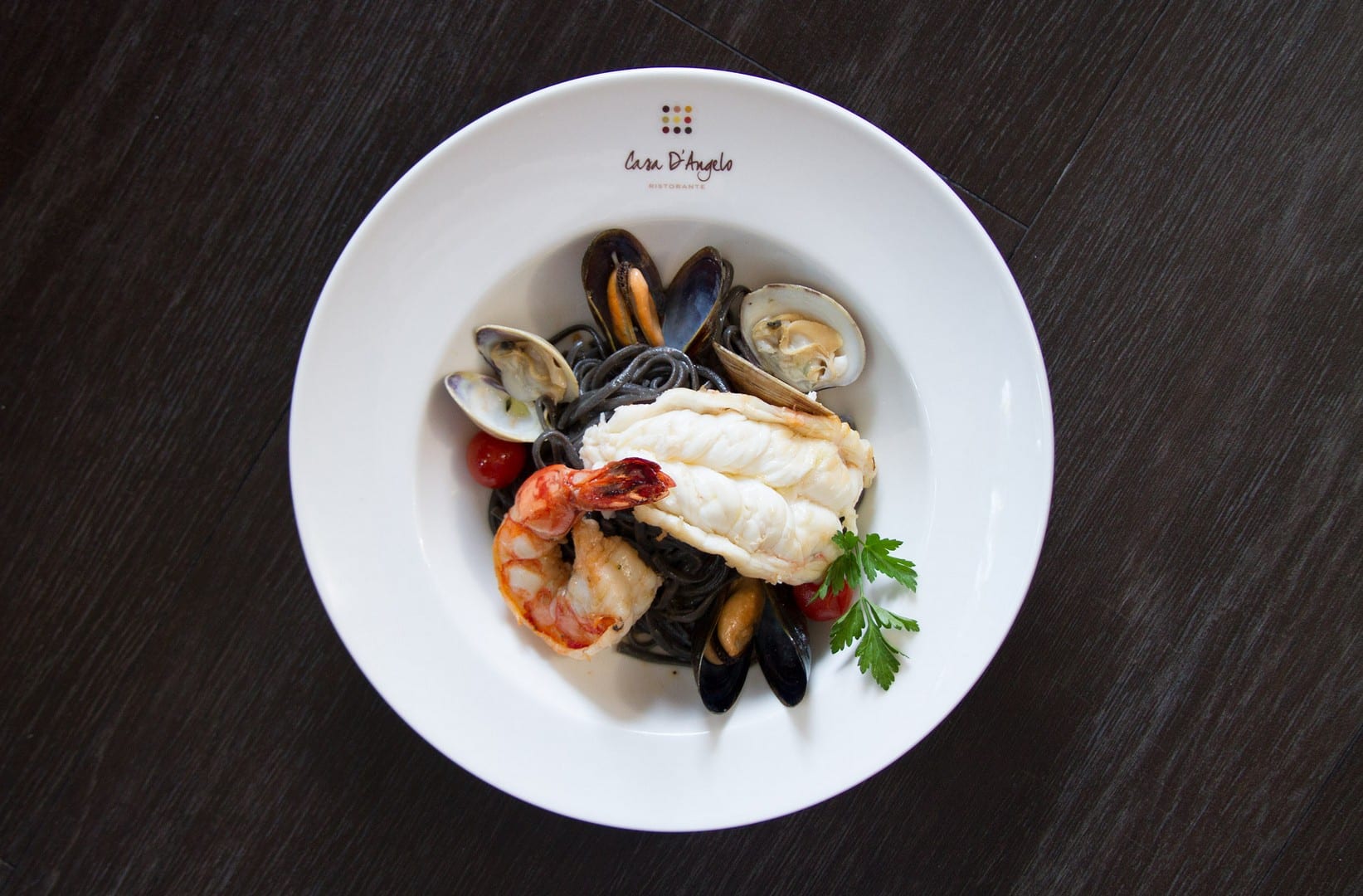 Perhaps the only thing that fills the air at Casa D’Angelo in Fort Lauderdale more than the aroma of award-winning, Tuscan-style cuisine is the love to which chef/owner Angelo Elia bears witness—especially during the month of February.

“Oh, my god, we’ve had so many proposals at the restaurant,” says Elia of his flagship establishment (1201 N. Federal Highway, 954.564.1234), one of a half-dozen South Florida concepts under the Angelo Elia banner. “They call me at the restaurant, ‘Please, Angelo, I want to get married. Can you hide the ring for us?’ … [Recently], we hid a beautiful ring inside a chocolate cake for a good friend of mine. It was a $40,000 ring! So we made sure to wrap it in paper so it didn’t get dirty. She couldn’t believe it.

“We have couples that come back year after year on their anniversary. It makes us feel very special.”

The feeling is mutual for patrons of Casa D’Angelo, which is approaching a 20-year milestone in Broward County. Part of the reason is that Elia and his dedicated culinary team give the people what they want. Look no further than the squid-ink linguine seafood entrée, which finds its way onto the list of specials as many as five nights a week because of its popularity.

The dish calls for house-made linguine; clams and mussels (which are sautéed before the other seafood so they open); tiger prawns and a South African lobster tail (which are added separately); and a light cherry tomato sauce with garlic, olive oil and crushed red pepper. [Editor’s note: For the purposes of our photo, the tomato sauce was placed in a separate container instead of poured over the pasta and seafood.]

“This particular pasta dish looks heavier, but it’s not,” says Elia, 53. “What I like about it is that when you put this in your mouth, it transports you to Italy.”

It’s not the only thing that Elia appreciates about his squid-ink linguine special. The veteran of some 40 years in the restaurant industry shares a few specifics with Lifestyle.

1. How sweet it is: “I use only Poma Rosa baby cherry tomatoes, from San Marzano country in Italy, close to Naples. This is where all the best tomatoes come from. They’re very sweet on their own, so I never add sugar to the sauce. Some people might find that bland. But these are beautiful tomatoes from Mother Nature; there’s not supposed to be anything added to [sweeten] them.”

2. Shell game: “I’m very particular about mussels because I come from the Mediterranean region, where the mussels have so much flavor. We’ve been using Mediterranean mussels out of Washington state for about 15, 20 years. This is part of the reason why mussels are so popular at our restaurant; they are so sweet and so plump, with lots of meat.”

3. Out of Africa: “I’ll use domestic lobster tails in other dishes, but I use South African lobster tail with the squid-ink linguine. I like the sweetness of this lobster, and the meat is very tender. Plus, it’s a beautiful lobster.”

4. Black as ink: “We could use a white linguine or a spaghetti, but it’s not the same. I want this to have the flavor of a fish dish. With squid-ink linguine, it becomes all about seafood. Squid ink has a sweet taste, but you also smell and taste the sea in this pasta. The pasta helps to combine all the seafood flavors together.”

5. Timing is everything: “We live in a place where everybody likes their pasta in a different way. I try to teach my guests that real Italian pasta, from rigatoni to penne, is cooked al dente [firm to the bite]. The squid-ink linguine takes about 2½ minutes to boil. If pasta is overcooked, it’s like mush. You want to feel every bite—you want to feel the grain, the flour. It’s up to us to deliver this pasta, perfectly cooked, to the table.”

6. Go big: “Like the lobster, the tiger prawns are more dynamic and perfect for this dish. I could use rock shrimps or smaller shrimps, but I like the statement this shrimp makes.”