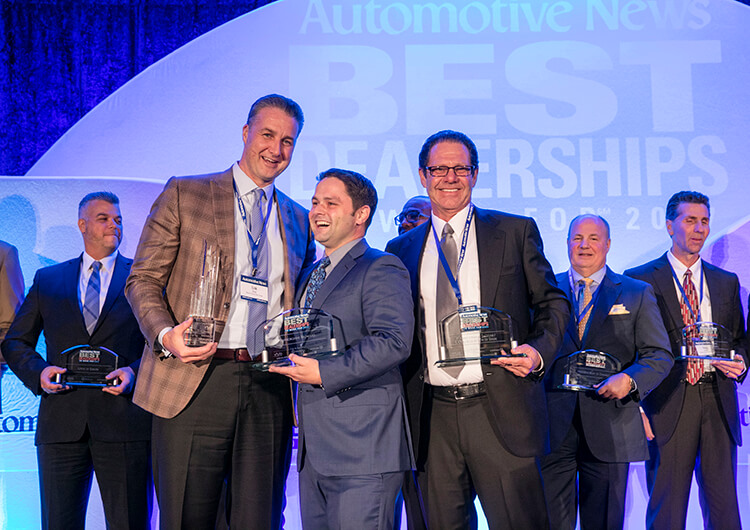 Vincent Iafano hails from Detroit, where half his family is retired from Ford Motor Company, the other half from General Motors. It was natural for him to go into business with Warren Henry Automotive, a local group run by a father and son, Warren and Larry Zinn, that sells Audis, Lamborghinis, Jaguars, Infinitis and Land Rovers—and now offers customers the opportunity to switch out their luxury vehicles up to eight times a month, with a subscription service called FlexWheels.

Iafano, director of business development, says the group, which also includes chief financial officer Erik Day, often checked in on the status of the automotive industry, asking, “What’s the next trend? What’s changing?” That led to a conversation about flexibility—which people want—and about commitment—which people don’t.

Subscription-based services, such as Netflix, and instant-delivery expectations spurred by services like UberEats have revolutionized how people get their daily resources. That approach hasn’t yet hit the auto industry, Iafano says, so FlexWheels “now fits that missing piece of the pie.”

As an alternative to buying, leasing or renting a car, users can subscribe on the app. For $2,099 a month, they can order a new car of their choice up to eight times a month. Insurance, maintenance, cleaning, taxes and the switch-outs are included.

It’s all handled via smartphone app. Whenever users need a new car—regardless of whether they’re at home, out to lunch or stuck on the road with a flat tire (which the FlexWheels team has seen since they began the program in October)—a concierge will meet them to “flip” vehicles, with no extra paperwork. The process of downloading the app and getting the first car typically takes 24 to 36 hours.

“It’s very much an on-demand service,” Iafano says. “We’re learning that there is an opportunity for almost everybody [to use FlexWheels]. What we learned from our members is just having the flexibility [is key].”

FlexWheels is currently based out of Broward Lamborghini in Davie, and there are plans to expand this year.

Who Needs a Ride?

Families (often who need a second or third car—sometimes it’s an SUV for trips, sometimes a sleek Corvette for date nights)

Entrepreneurs (who, for example, might want to switch out cars to take clients to lunch)

Athletes (such as players from the Marlins and Dolphins, as well as people from the Dolphins’ corporate operations)

JetSmarter, a member service for shared and private charter flights.