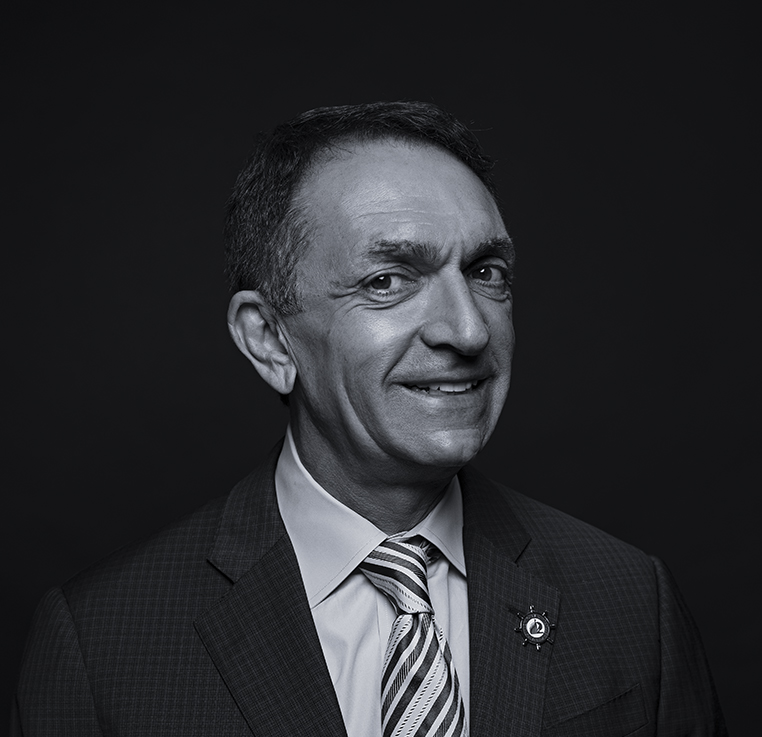 As part of Lifestyle’s November 2019 cover story, five prominent members of the local LGBTQ community—representing different professions, generations, experiences and backgrounds—opened up about their respective journeys. Here are two of those stories.

The back story: With his election victory in March 2018, Trantalis became the first openly gay mayor of a major Florida city. His political career took root in 2003, during the first of two stints on the City Commission, representing District 2; he also served as vice mayor from 2005 to 2006 and from 2016 to 2017. However, Trantalis already had made a name for himself in Broward County legal circles as an attorney on the front lines of equal rights battles. In 1995, as co-chair of Americans for Equality, he helped to push through a human rights ordinance for the county. Twenty-four years later, Fort Lauderdale passed its own nondiscrimination ordinance “that protects citizens from discrimination based on sexual orientation, and gender identity and expression, in housing, public accommodations and in the workforce,” Trantalis says. The City Commission also agreed, unanimously, to ban conversion therapy. Trantalis continues to maintain a general law practice.

The road to advocacy: “When I moved to Florida in 1982, it was kind of my year of coming out. The rest of that decade was a time I spent finding myself, plus I was building a career in a very conservative profession. So, I wasn’t all that eager to get involved in politics, let alone gay and lesbian politics, and start waving the rainbow flag—which we really didn’t have back then. I was trying to break into a profession where, a little more than a decade earlier, it was illegal to be gay and to be a lawyer.”

• “I made my way through that process and [starting in 1990] became much more engaged [in gay and lesbian issues]. I thought it was the right thing to do at the right time.”

Ongoing challenges: “Social change isn’t done overnight. … Just in terms of jobs, I remember when then-Gov. Rick Scott came here and did a ribbon-cutting ceremony for a local business. In my welcoming speech, I talked about how important it was to eliminate discrimination in the workplace. Of course, it went in one ear and out the other. But he’s so jobs-, jobs-, jobs-oriented. And I said, ‘Yes, so are we. And by the way, why are you denying jobs to people based on their sexual orientation?’ I didn’t get an answer from him.”

• “Living in South Florida, we sometimes exist in this bubble where we think that everything is good and [the LGBTQ community] is accepted. But we know, as you continue to drive north or west, and you start to escape that bubble, that it’s a different experience. I have to keep reminding my friends that the [push for] change in this state is still an uphill battle.”

• “You can pass laws. It doesn’t mean they’re going to be followed. The best thing we can do as a community is to continue to be good citizens and be engaged. Don’t hide in a corner and withdraw from mainstream society. We need to participate so that being gay or lesbian becomes part of the norm.”

Urban renaissance: “The gay community, for some reason, has gravitated toward some of the neighborhoods that were crime-infested and decrepit. We’re fixers. We want to make things better and prettier in the communities we live in. Victoria Park is an example. When I moved here, it was seedy. When the gay community gravitated here, it transformed into a completely upscale neighborhood. Wilton Manors, Oakland Park, wherever LGBTQ residents migrated, the quality of life was lifted up.”

• “By the gay community finding its way to the Fort Lauderdale area, it’s really turned the city around economically. It’s the best urban renewal of anyplace in the country—and without taking a single dime of federal aid.”

Breaking barriers: “When the idea of running for mayor was first presented to me, I pushed back. I didn’t think Fort Lauderdale was ready for an openly gay mayor. In part, because of the history of the city. We had two mayors, prior to me, who were not that sympathetic to the gay community. And I thought they reflected the composition of the city.”

• “As I started talking to people and listening to the feedback, it seemed that the city really didn’t care. They were more issue-oriented. People were worried about traffic and infrastructure and development and quality of life. Being gay wasn’t an issue as long as that person was there to address those challenges.”

• “Within the gay community, being a leader as mayor of this city is important. It’s [an opportunity to be] a role model for others to realize that we can achieve high levels of responsibility. By succeeding, we crashed through a glass ceiling that we thought was always going to keep us down.”

The bigger picture: “We’ve accomplished quite a bit in our city in the time that I’ve been mayor. I’d like to think that people have looked past any prejudice they may have once harbored about sexual orientation. I hope they’re more interested in seeing better education, less traffic, new sports fields being created, and knowing that we’re tackling our water and sewer issues.”

• “I do use my position to advance causes that help the gay community. I’m not going to deny that—i.e., the nondiscrimination ordinance we recently passed. But I want people to understand that we don’t have a gay agenda. That’s not why I ran. I ran because I’m trying to improve the quality of life for everybody, including the LGBTQ community.”

• “Education, interaction, compassion. That’s the formula we follow to make change in the community.” 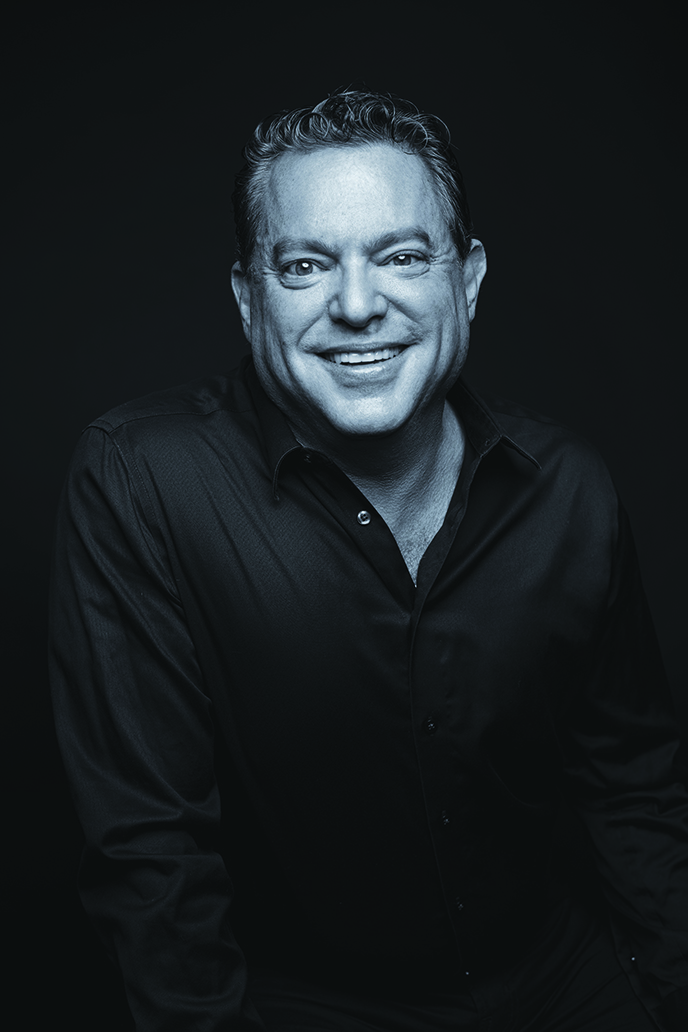 The back story: Ira Baer is literally part of the Baer’s Furniture family; his grandfather, Melvin, founded the business in Indianapolis nearly 75 years ago. Ira had been married for 14 years—and had fathered three daughters—when he came out in 2005. He married his longtime partner, Drew Tabatchnick, in 2015. The Fort Lauderdale resident is a proud supporter of Equality Florida, the statewide group that advocates for pro-LGBTQ legislation.

The divorce: “The decision to divorce was the toughest I ever had to make, but I needed to be true to myself. In a sense, I had to break the heart of the woman I loved—my best friend, the mother of my children. … I had faith that my wife and I could work it out. Ultimately, she did remarry, and she is still my best friend. We raised three great daughters together. It was not easy for her to do, but I give her all the credit in the world for keeping [the family] together.”

His children’s reaction: “My daughters never [went through a period] where they didn’t accept me. They did ask why I didn’t come out in high school or college, because that’s what they are accustomed to now. They didn’t understand that times were different then. Imagine them trying to live in a world with only three channels to choose from on TV.”

• “There was more non-acceptance behind the scenes, when it came to sleep-overs. We would always call the parents of the kids to confirm they knew we were a gay couple, and from time to time there would be last-minute cancellations for no apparent reason. I have to say each child had an amazing, supportive group of friends who stood behind us all—and cheered and celebrated with us when we married. Two of my children were founding members of the Gay-Straight Alliance at University School at Nova Southeastern University.”

In retrospect: “I was expected to go to school, do well, marry a nice Jewish girl and have kids. And I did. [Even] if I had any type of sexuality questions in those days [the early 1980s], what was going on then was huge: the AIDS crisis. If I’m recalling correctly, there were news reports that you could catch it from just sitting on a toilet. It was so scary that whatever thoughts [he may have had] were pushed deep down into a part of my brain that I didn’t let out.”

• “There were a lot of guys [during that era] who were too afraid of questioning their sexuality because [of where] those questions might lead. No one knew what was going on. For a 17- or 18-year-old trying to figure it out, it was like, ‘Wow, I’m gay. I’m gonna die.’ ”

The family business: “We are in the furniture business. Percentage-wise, a lot of designers are gay. We have many employees who are LGBTQ, and we always have. So, I did see that growing up. But I didn’t have any role models from work or anywhere else to fall back on for advice or guidance.”

Public affection: “I was out recently with my bankers, after my husband and I had gone on an Atlantis cruise. The bankers asked, ‘Why [did you go] on a gay cruise?’ I got choked up, took my phone out, and pulled up this article about 15 things straight couples can do that gay couples cannot. And it was 15 individual stories of gay couples basically just holding hands—in a park or at a restaurant or in a movie theater. And they were all victims of hate crimes just for that.”

• “Even though we do live in a bubble [here in South Florida], we don’t let our guard down. You can turn the corner at any time and run into people that are not accepting. That’s why we went on a 10-day cruise—because we could let our guard down.”

Reality check: “I recently ran into a friend of mine whose partner left his state because his parents threw him out of the house. A few years ago, a friend in Weston took in a teenage boy [after he came out] because his parents had thrown him out. It still is happening.”

Educating the educators: “The Safe and Healthy Program [through the Equality Florida Institute] is one that I feel really strongly about. My children were raised in a home with open-minded people who were very accepting and very tolerant, and they went to schools that were very progressive. But that isn’t the case for many of our kids, even in South Florida.”

• “If we can start young enough in our school systems, then kids will learn that bullying isn’t OK, that being ‘different’ isn’t a negative—and that all kids just want to have friends, fit in, and have positive experiences in school.”

• “It’s imperative that school districts throughout Florida understand what is at stake and how much of a difference they can make by affirming all children and youth, preventing bullying, and even educating parents.”

• “So many gay kids still suffer as they come to terms with their own sexuality. To then have school be an unsafe place on top of it is just unacceptable—and dangerous. We know that once kids drop out, the dangers of drug use, underemployment, crime, sex work, violence, mental health issues and suicide all increase tremendously.”

• “As the world becomes so much more complicated, it’s vital that we provide our youngest generations a space where they can reach for their own stars and not feel threatened in doing so.”