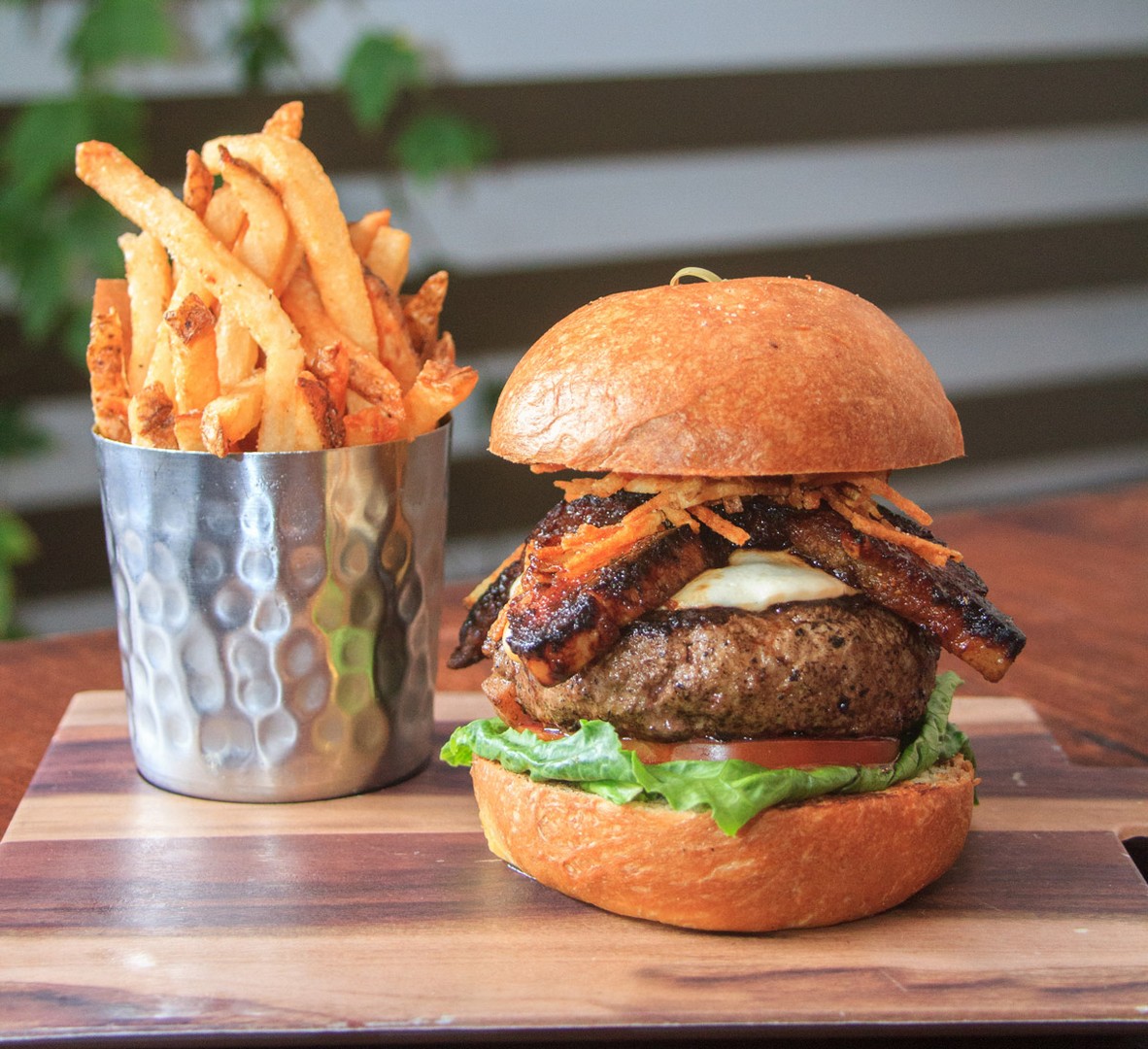 There’s a 15-step process that goes into the making of hamburgers at B Square Burgers & Booze, but anyone affiliated with the Fort Lauderdale restaurant is sworn to secrecy about the method. To that end, its Epic hamburger is, hands down, one of the most mysterious and interesting menu items anywhere on Las Olas.

Here’s why: The inventive burger doesn’t appear on the menu. You have to ask for it, or, if you appear to be an “epicurious” type, the server might suggest you tackle it. It’s available only after 9 p.m., and a maximum of 15 are prepared each night.

The restaurant takes the gourmet burger trend to new heights with the Epic. It almost defies description. “No one has ever concocted anything like this,” Katzenberg promises.

The Epic starts like all B Square burgers, with a half-pound of beef—chuck, short rib and brisket. “There’s a lot of fat in brisket, which gives it the flavor,” Katzenberg says. A pledge printed at the top of the menu promises that the beef is all-natural and free of hormones and antibiotics.

The burger is then stuffed with caramelized apples and onions meant to wow your taste buds immediately after the first bite. The initial flavors are smoky and sweet. Smoked mozzarella layered on top of the burger adds a bit of hickory. The pièce de résistance is a thick slab of pork belly, which has been glazed in a mixture of chocolate and miso. (If you aren’t familiar with miso, it tastes like soy sauce.)

But it doesn’t stop there. Homemade crispy shoestring potatoes “add some crunch,” Katzenberg says. Of course, such a whopper of a burger deserves a special bun. B Square invented its own, combining an egg- and butter-rich brioche with a sweet pretzel bun. The top of the bun is finished with olive oil and salt.

Among the burgers that actually appear on the menu, B Square offers a McDuck, which features foie gras, and the Big Daddy, with a tall mound of pastrami along with the hamburger.

“Our menu is eclectic,” Katzenberg says. “B Square is meant to be about fun and food.”

Grandma knows best: B Square’s burgers are cooked on a cast-iron grill, like Grandma’s old skillet. Katzenberg says it’s what gives the burger a caramelized, crusty outside.

Cool running: The patty is tossed on the grill at a precisely chilled 38 degrees, then is sprayed with water. The grill is heated to about 750 degrees. The cold hitting the heat, combined with the water, creates a juicier burger.

Behind the number: The Epic Burger costs $20.17 and is accompanied by fries. The price seems appropriate—it made its debut this past New Year’s Eve.