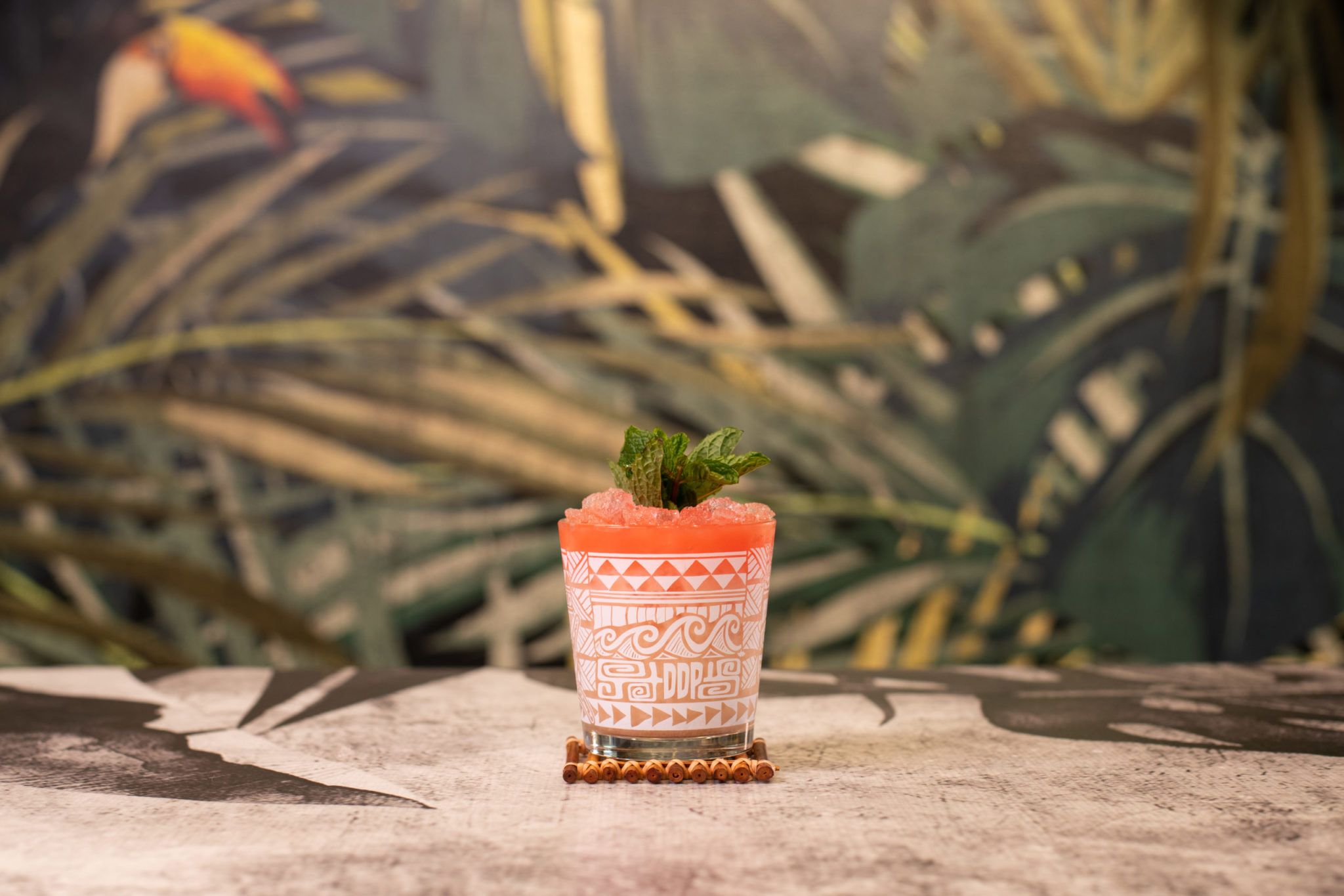 What makes for the perfect cocktail? Fragrance, flavor and a sparkle of good mood, says Daniele Dalla Pola, who leads the bar at Esotico Miami, the highly anticipated tiki-inspired restaurant and lounge by Miami’s Graspa Group.

Roberto Dubois, also known as “Chef Koa” (his Hawaiian name), offers “tropical chow” dishes such as black truffle dumplings with pork and shrimp; a smoky octopus hot dog served with mezcal cucumber relish and spicy sriracha mayo atop a brioche bun; and the “kimoko” fish cake, a Floridian fish cake served with spicy mango chutney. Poke and Buddha bowls are available as well with ingredients such as tuna and salmon and a vegan option made with watermelon.

Pola, considered among the world’s best tropical mixologists, offers various international-influenced drinks, drawing upon his experiences traveling the world in pursuit of cocktail-making. He’s mixed drinks in Miami, Singapore, Italy and South Africa, earning recognition along the way, including from the annual “Tales of the Cocktail” event in New Orleans. Each of his cocktails are connected to a moment in tiki-cocktail history. Offerings range from signature drinks poured inside limited-edition mugs, to large social cocktails for sharing, and sections dedicated to negronis, rum flights, and gin and tonics.

Other creations at Esotico include the triple rum-based Zombie, which is made the authentic way using the original recipe created in 1930 by Don the Beachcomber; and Tangaroa’s Butt, named after the mythological god of the sea, made with mezcal and rum. Pola’s Nu Mai Tai (pictured above), made with three types of rum, orange liqueur, passion fruit, and a secret ingredient, is among the bestsellers.