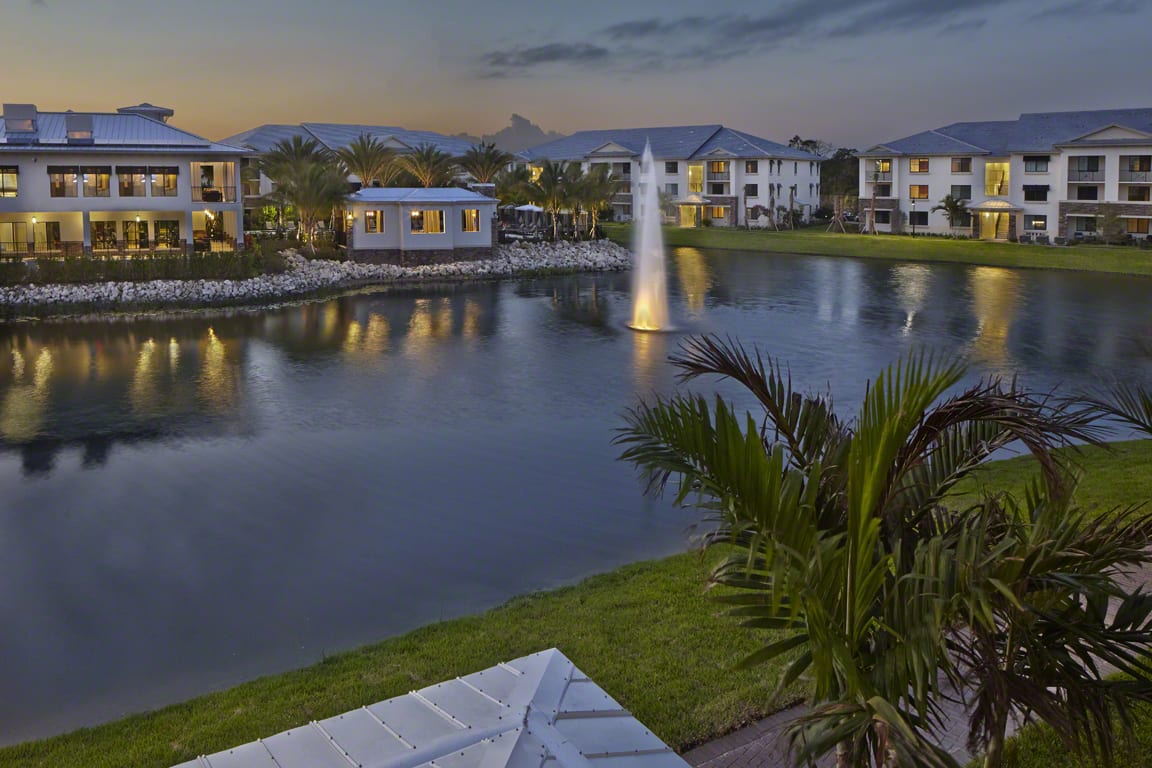 The Cypress Hammocks Apartments development shows that even a suburban area like Coconut Creek can benefit from redevelopment.

Developer Alliance Residential took a former mobile home park and turned it into a 396-unit project with two new lakes, walking trails, a resort-style pool and even a dog park.

About 75 percent of its boundary are county nature preserves, which creates a secluded private feel, says Michael Ging, managing director for Alliance Residential. “The site itself was one of the best garden sites I’ve seen in many years.”

There’s plenty of dining and shopping nearby, including the Walmart Supercenter just to the west on Hillsboro Boulevard.

The development’s National Association of Home Builders Green Bronze status was reached by having energy efficient lighting and appliances.

The clubhouse is the same as the one at Alliance’s Broadstone North Boca Village, says Ging. The Boca development was a 2013 NAHB finalist for best rental apartment community in the non-garden, five stories or less category.

Even though the Coconut Creek project is suburban, it’s somewhat like an urban infill redevelopment, Ging says. The redevelopment trend is strong in Broward County as the county gets closer to build out.

The project is an example of how Coconut Creek has attracted major developers.

Ging says Alliance has been ranked as the nation’s largest multifamily developer by Multifamily Executive Magazine and the company’s website says it has invested in $3 billion worth of property and manages a $9 billion portfolio.

• Health and fitness center with cardio studio and massage room