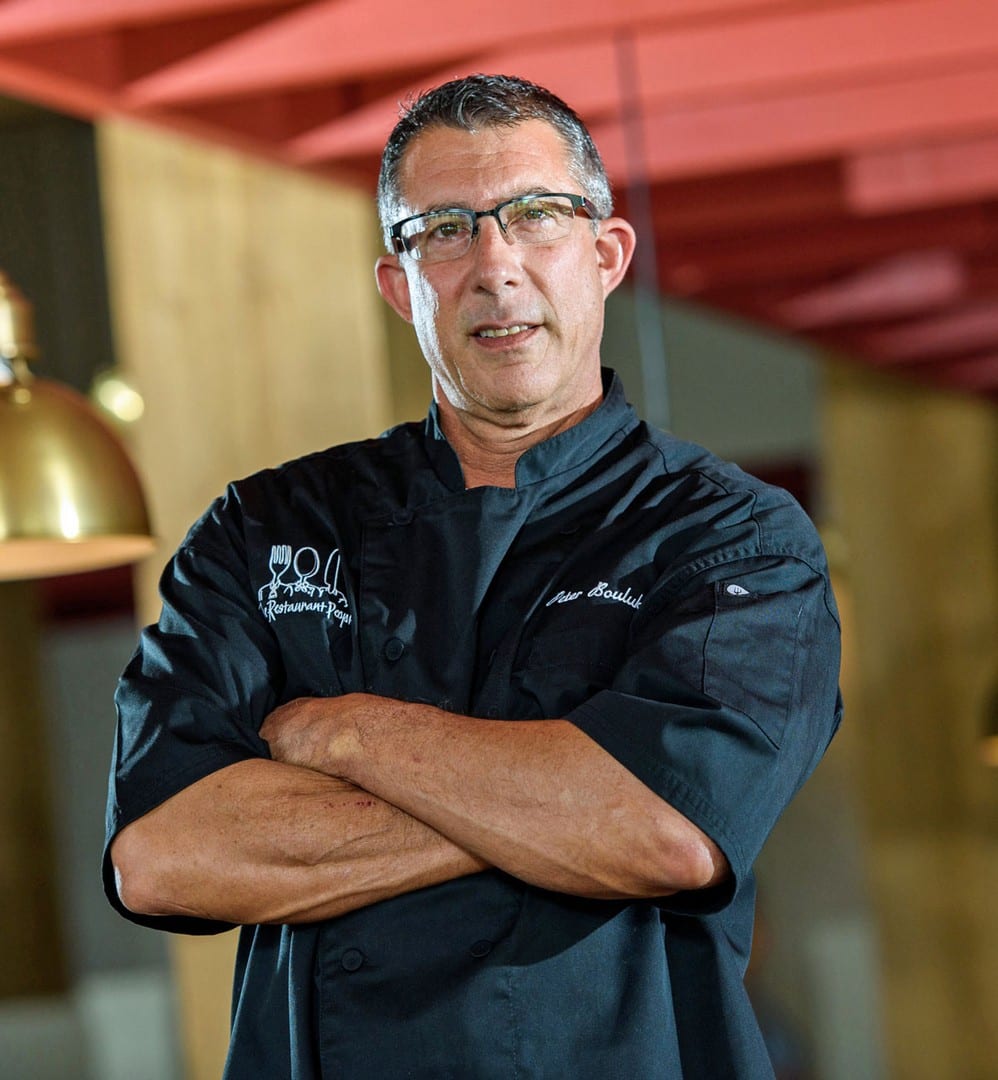 Fish Out of Water

For all the in-with-the-new anticipation that comes with developing seasonal menus at a beloved restaurant like YOLO in downtown Fort Lauderdale, there’s also the potential for out-with-the-old disappointment.

“It’s difficult sometimes because you want to change, but then certain items become so popular that you have to make tough decisions,” says Peter Boulukos, executive chef and co-founder of The Restaurant People and its collection of successful Broward-based restaurants, including YOLO (333 E. Las Olas Blvd.), Boatyard and Tarpon Bend. “You want to avoid becoming so repetitive that you get into a rut. But then you have customers who say, ‘Oh, no, I came in just for the fish you had on the menu last time I was here—and now it’s changed!’”

It’s a dilemma that most restaurateurs would love to have, and one that Boulukos very well might face down the road when it’s time for YOLO’s recently added grouper dish to rotate off the spring menu. As with other new entries on the menu of contemporary American creations, the black grouper dinner entrée—plated with a colorful mélange of vegetables—started as an idea exchange between Boulukos and his top kitchen people.

“In addition to agreeing on and improving the concept, it’s about making sure we can execute the dish in peak periods,” says Boulukos, who is joined on the TRP executive team by Tim Petrillo and Alan Hooper. “When it’s total mayhem on a Friday or Saturday night, and you’re just getting pounded, you still have to produce. Without consistency, you have nothing.”

If the positive early returns are any indication, YOLO is onto something—and something special—with a light dish that encourages the core ingredients and Asian-inspired flavoring to blend together in each bite.
“We do have items on the menu that stay awhile because of the high demand,” Boulukos says. “If we get incredible feedback [on the grouper], we’ll have to listen to what our guests want.”

1. Into the deep: “We’ve been in business a long time, so we have great relationships with the [four] local fish purveyors our restaurant group consistently works with,” Boulukos says “All we use is black grouper, which typically comes from deeper waters than red grouper—and thus has a higher-quality flesh. Red grouper sometimes can develop parasites; we don’t have that issue.”

2. Star power: “We take fresh star anise pods, toast them and then grind them in a spice grinder to create a powder. Star anise has a mild anise flavor with a touch of sweetness; it’s not overpowering. We lightly sprinkle the powder over the grouper and then pan-roast it, searing it on one side in pure roasted peanut oil with a touch of sesame oil. We finish roasting the fish in the oven.”

3. Salute the kernel: “The vegetable component of the dish starts with fresh corn, which we throw on our oak grill. We go beyond just cooking it; you’ll see a little char on it from the high heat, which adds a smoky flavor to the sweetness of the corn.”

4. Merry medley: “The vegetable mix also includes baby shiitake mushrooms, which have a nice, big earthy flavor; braised white beans, which add a meaty quality; and some gingered carrots. The combination of these vegetables almost creates an Asian succotash. The roasted grouper is then placed on top.”

5. Taking stock: “We top the dish with a miso broth. It’s a traditional dashi, which translates to a seaweed stock. Think about how chefs here rely on chicken stock; that’s how the Japanese use dashi. It’s the base for a lot of their broths and soups. We add ginger, boniato [tropical sweet potato] flakes and miso, which is fermented soybean.”