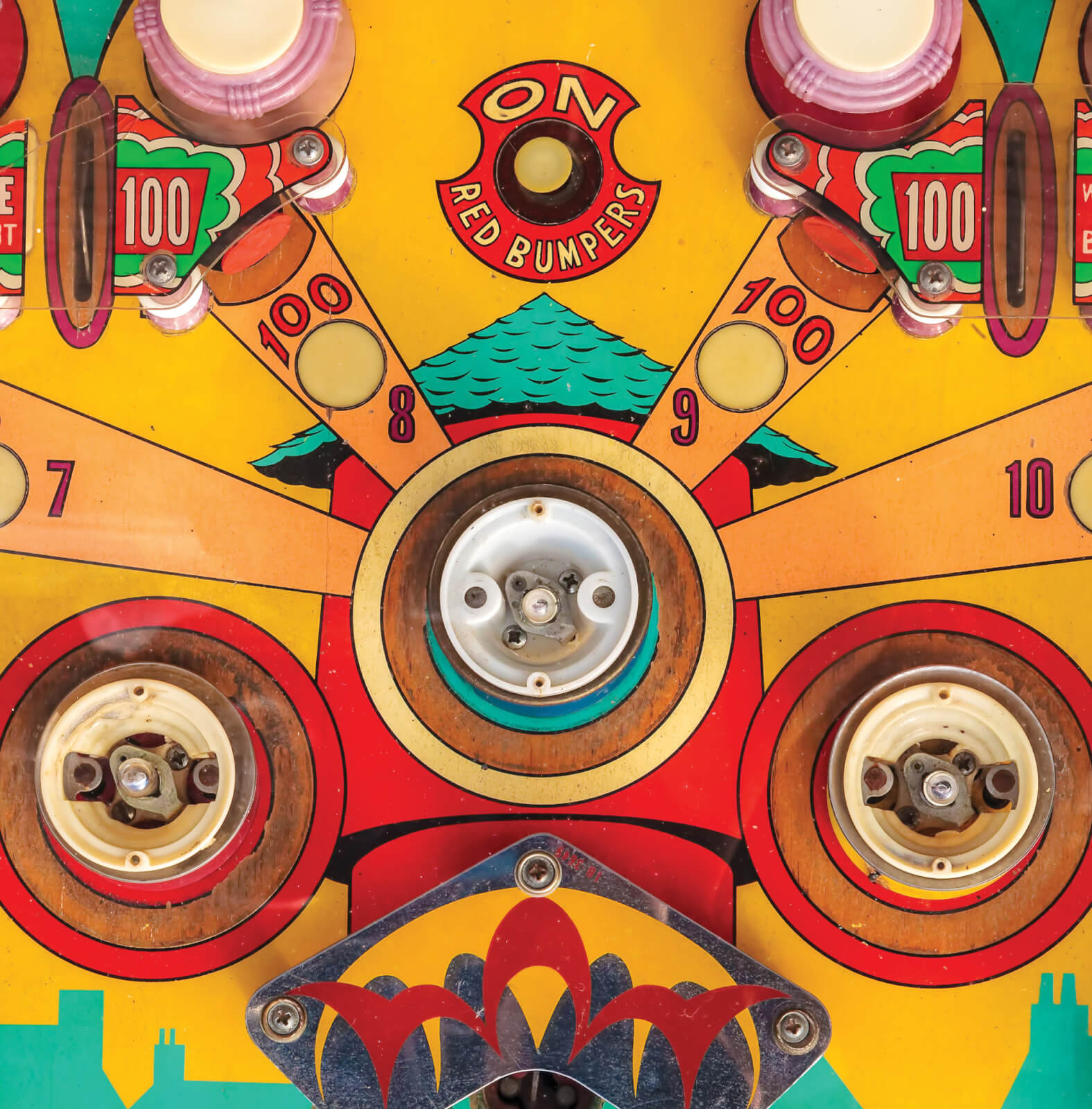 Xtreme Action Park
High score: Xtreme positions itself as an entertainment complex, but even that description fails to do justice to the activities and adventures inside this sprawling facility. To be sure, there are plenty of arcade attractions—more than 100 popular and cutting-edge entries, including the XD Dark Ride Theater, an interactive 7D movie where players fire lasers at what’s on screen. But that’s only the beginning. Xtreme also features bowling lanes, a roller skating rink, a ropes course, an indoor go-kart track, Bazooka Blast (a blend between laser tag and paintball using 2-inch foam balls) and escape rooms.
Contact: 5300 Powerline Road, Fort Lauderdale; 954.491.6265, xtremeactionpark.com

The Wow Factory
High score: Besides the dozens of arcade games, part of what makes The Wow Factory a child’s paradise is Ballocity—a massive indoor playground with foam ball cannons, obstacles, webs and slides. Or the two-story laser tag arena. Or the 10-lane bowling alley. Not to mention the 28-foot rock wall. And the ropes course. And the Laser Frenzy attraction—a maze where players must maneuver around a series of beams to reach their goal.
Contact: 5891 Lyons Road, Coconut Creek; 954.380.8600, wowfactoryfun.com

Planet Air Sports
High score: Along with a 7,000-square-foot space that accommodates more than 50 arcade games, Planet Air offers climbing walls, an 8,000-square-foot trampoline park and an X-Board—a manual spinning attraction that provides both excitement and exercise. In addition, the facility features two intricate ropes courses (for more adventurous types, try the upper course, which has more obstacles and a zip line; players must be 56 inches tall or more) and a vertical drop slide.
Contact: 1401 Green Road, Deerfield Beach; 954.428.3386, planetairsports.com/deerfield

Silverball Museum
High score: Every day feels like a blast from the past at Silverball, a facility heavy on nostalgia that shines the spotlight on what used to be a mainstay of any classic arcade—the pinball machine. Players can choose from more than 70 machines—including Black Hole, Fireball, Theatre of Magic, and Rocky (based on the Sylvester Stallone movie). There are also at least 20 retro arcade games, such as Asteroids and Donkey Kong Jr. Famous or obscure, Silverball has it in store, ready to play.
Contact: 19 NE Third Ave., Delray Beach, 561.266.3294; silverballmuseum.com/delray-beach

GameRoom
High score: It opened at The Oasis at Sawgrass Mills in 1999 as a GameWorks and survived its parent company’s bankruptcy to emerge with a new name—and a new generation of enthusiasts. GameRoom is a traditional arcade, so there aren’t ropes courses and rock walls, but it does feature unique attractions like Space Time Squad—a virtual reality first-person, shooting-style game—mini bowling and Indy 500, which has authentic formula car cockpits.
Contact: 2608 Sawgrass Mills Circle, Sunrise; 954.845.8740, gameroomsawgrass.com

Boomers!
High score: A longtime staple of entertainment in Boca, Boomers takes the arcade experience outside as well as inside. Players can blast each other with water on Bumper Boats, race on two go-kart tracks (one is only for those shorter than 58 inches) or test their putting skills on two mini-golf courses with water hazards. Inside, there are new additions—like Iceman, a water-cannon game where players spray a touch-screen to freeze zombies and earn tickets.
Contact: 3100 Airport Road, Boca Raton; 561.347,1888, boomersparks.com/boca

FunDimension
High score: This facility aims to entertain both children and their parents—and does it deliver. Anyone can enjoy the 40-plus games and win prizes; an outdoor Bungy Dome allows for sky-high bouncing; there’s the Spin Zone, a bumper car ride where the cars spin when they get hit; and so much more, such as laser tag and a “7D” viewing theater. Families can partake in several enrichment programs, including kids’ yoga and parenting workshops.
Contact: 2129 NW First Court, Miami; 786.360.1766, fundimensionusa.com

Dave & Buster’s
High score: The venerable entertainment destination is both an expansive arcade and a quality restaurant/bar, offering deals such as the Eat & Play Combo—where players can earn a $10 game card if they order from a select list of entrées or appetizers (try the Ultimate Mac & Cheese, with cavatappi pasta, Applewood-smoked bacon, cheddar cheese, grilled chicken breast and garlic breadcrumbs). Game cards are rechargeable, and they can store tickets earned from redemption games.
Contact: 3000 Oakwood Blvd., Hollywood; 954.923.5505, daveandbusters.com/locations/florida-hollywood