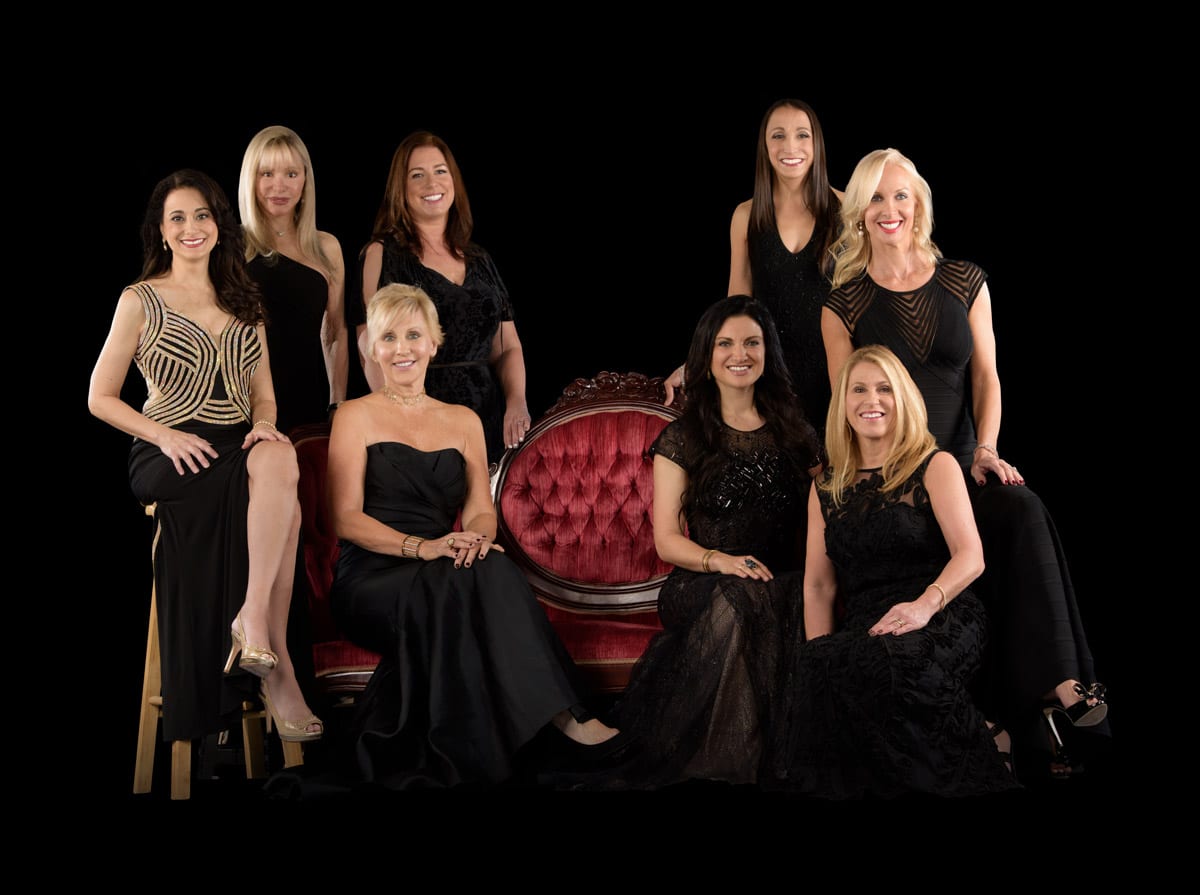 It’s Better to Give

Residence: Plantation
Organization: Mothers Against Drunk Driving (Geronemus sits on the national board of directors). The nation’s largest nonprofit working to protect families from impaired drivers, MADD also provides support to survivors and families whose lives have been altered by drivers under the influence.
Her involvement: A drunk driver killed Geronemus’ father in 2009, a few days before his 61st birthday (the driver was released from prison last year after serving time for DUI manslaughter). “The reality is that two out of three people will be affected by a drunk driver in their lifetime. That’s a huge number,” she says. “MADD reached out and helped me at a time when no one else could; I had to give back to this organization that had done so much for me.” In 2011, Geronemus launched Walk Like MADD & MADD Dash Fort Lauderdale, a 5K walk/run on the last Sunday of April that has raised more than $1 million since its inception—money that stays in Broward County to support the educational programs and victim services offered by MADD.
Quote: “The stigma is that MADD is for people like me,” says Geronemus, who works on the public relations team at Ultimate Software. “The reality is that we’re here for everybody. The organization has been behind all of the major laws that impact driving. This year, we’re pushing for ignition interlock laws for first-time offenders in Florida. That device has stopped more than 1 million car starts. Twenty-eight of 50 states have them. We’re not one, and we’re the third-highest state for DUIs in the nation. We’re also one of the only states that have fifth-time offenders for DUI; that’s because we don’t have harsh punishments. These are the things that keep me up at night.”

Residence: Coral Springs
Organization: The Danielle DeMarzo Foundation. The nonprofit, launched by DeMarzo, her sister and her parents in 2000, offers resources and support to children facing growth-related disorders and individuals with special needs.
Her involvement: At age 4, DeMarzo was diagnosed with Turner syndrome, a condition in girls that, because of a missing X chromosome, can stunt growth, affect heart and kidney development, and lead to an array of other health- and learning-related issues.
According to the National Organization for Rare Disorders, one in approximately 2,500 girls is born with the disorder. Thanks to her family’s perseverance, during an era when information about the syndrome was sparse and often outdated, DeMarzo received the testing and treatments she needed (including growth hormones). Today, standing just a fraction above 5 feet tall, she is a board-certified obstetrician-gynecologist.
Quote: “When I was growing up, our family didn’t have a lot of access to resources. This was a million moons ago. We wanted to pay it forward—and help others the way that we were helped—to make sure that no one goes through the struggles that we went through.”

Residence: Weston
Organizations: Jewish Federation of Broward County (Siskind is community engagement chair of the women’s philanthropy board); Touch a Heart, which improves the lives of children suffering from poverty, abuse and neglect; Feeding South Florida, which rescues 44 million pounds of food per year.
Her involvement: Siskind maintains a full schedule when it comes to roll-up-your-sleeves volunteer work, a testament to her interest in working with organizations that make a tangible difference in people’s lives. She’s especially proud of the scope of services and opportunities fueled by the Jewish Federation, which includes assisting families with developmental disabilities, programs for the elderly and a host of scholarships.
Quote: “A parent tells me that without the birthday bag they received their child wouldn’t have had a birthday celebration. A social worker gives feedback about a family who was able to pay their electric bill and still have groceries for the month because of the food we distributed. Someone who participated in a program I organized tells me that they were so moved by the good work being done that they are now volunteering for that organization. Moments like that let you know the work you’re doing is making a positive impact on someone’s life.”

Residence: Fort Lauderdale
Organization: Humane Society of Broward County (board of directors); PAWS, an affiliate of the Humane Society that hosts more than a half-dozen fundraising events throughout the year (Gumberg, a past president of PAWS, is currently on the board).
Her involvement: For more than 15 years, Gumberg has been active in the privately funded organization that provides shelter, medical services, behavior/training programs—and “fur-ever” homes—for dogs and cats. “The Humane Society of Broward County is so important to me, because we adopt out about 8,000 dogs and cats each year,” Gumberg says. “In addition, we have spay/neuter programs, vaccine clinics, foster animals that go to hospitals and homes for pet therapy. It’s such a feel-good opportunity to help give back to the community and be there for animals who can’t speak for themselves.”
Quote: “I’ve always had great compassion for the thousands of dogs and cats that need to be rescued, but the moment I knew what I was doing was worth it was when we adopted our dog, ‘Pumpkin,’ from the shelter. The unconditional love I receive from Pumpkin [a mix of lhasa apso, Pomeranian and bichon frise] is matched by the pride I have in knowing that I rescued her.”

Residence: Davie
Organization: Debbie’s Dream Foundation; Zelman launched the organization dedicated to raising awareness about—and funding of research for—stomach cancer in 2009.
Her involvement: In 2008, Zelman was diagnosed with Stage 4 stomach cancer. She was 40 at the time and mother to twin 10-year-olds (Rachel and Zachary) and a 3-year-old (Sarah). The five-year survival rate for State 4 stomach cancer is 4 percent; one early prognosis estimated that Zelman had weeks to live. But the longtime attorney wasn’t about to accept that judgment without a fight; she actively sought information and cutting-edge alternatives, eventually responding to treatment at MD Anderson Cancer Center in Houston. Along the way, she discovered that the stomach cancer community did not have a nonprofit voice—so Zelman gave it one with Debbie’s Dream Foundation. In addition to raising awareness and providing education about stomach cancer, where none existed before, the foundation advocates in Washington, D.C., and funds specific research, more than $650,000 worth to date.
Quote: “Solely because of the advocacy work done by Debbie’s Dream, the Department of Defense will donate $6 million to researchers all over the country regarding stomach cancer. Stomach cancer receives the least amount of federal funding for any cancer, so this $6 million is a huge milestone in research for this disease… There are so many problems in the world, and different groups are all trying to fund their passion. But everybody has been affected in some way by cancer.”

Residence: Fort Lauderdale
Organizations: Nova Southeastern University Art Museum Fort Lauderdale (Barnett is on the board of governors); Broward Center for the Performing Arts (executive board of directors); Broward Cultural Council
Her involvement: Perhaps no one in Broward County advocates on behalf of the cultural community quite like Barnett, whose passion for the visual and performing arts has elevated countless organizations at the local and state level. She even brought her keen aesthetic eye to the redesign of MRI Scan & Imaging Center, the Fort Lauderdale-based diagnostic imaging clinic founded by husband Robert Kagan. Barnett also collects contemporary art and travels internationally to art fairs.
Quote: “Art has always been a part of my life; my parents were art collectors. I want the people of our community to be exposed to and embrace the arts. It’s especially important for children. It changes their life. And, sometimes, it puts them on a different course. Seeing the joy and wonderment of children being exposed to events at the Performing Arts Center or an exhibition at NSU Art Museum shows me how important it is for children to stimulate their senses and awaken a passion for becoming involved in the arts. After all, art is the heart and soul of the community.”

Residence: Boca Raton
Organization: Best Foot Forward; the organization, co-founded by Biase and Debbie Ellman in 2010, provides academic guidance and support to foster-care teens at a pivotal time in their young lives.
Her involvement: What started with an idea, two laptops and in-kind office space has evolved into an organization with 13 staffers and a budget of some $750,000 that is paving the way to educational success for foster children who otherwise might not graduate high school. Best Foot Forward has worked closely with more than 50 foster teens, helping them with day-to-day academic needs—everything from making sure papers are signed to ensuring that homework is completed. Nationally, 46 percent of foster teens graduate high school; every single one of Best Foot Forward’s students has graduated. Three other students have earned associate degrees, and, in May, the organization will celebrate its first four-year college graduate.
Quote: “Children enter foster care through no fault of their own. Without an education, they are destined to experience most of the negative outcomes that plague them upon adulthood: homelessness, incarceration, drug abuse. Best Foot Forward empowers students through education and literally provides an opportunity to change a life. With continued support and interaction, you can literally see the transformative effect it has on the child. It is no longer ‘I can’t.’ It’s ‘I can and I will.’”

Residence: Parkland
Organizations: SOS Children’s Villages Florida, the Coconut Creek-based foster care neighborhood that houses upward of 75 boys and girls; Children’s Cancer Caring Center at Baptist Children’s Hospital in Miami, the only free treatment center for cancer-stricken children in the Southeastern United States.
Her involvement: Borrowing a page from Princess Diana, whose grace and dedication to children’s causes inspired her growing up, Homoky continues to pour her energies into organizations that make a difference in the lives of countless youngsters. In the 50-plus years CCCC has provided free total-care services for children afflicted with cancer, no family has received a bill and no child has been turned away. The community of loving, stable families at SOS provides guidance, love and support to children orphaned or abandoned because of violence, poverty or natural disasters. “We all have the ability to contribute in some way,” says Homoky, who’s a sales director for Celebrity Cruises. “To visit either of these places and to meet these children, you can see the joy and spirit that your focus, energy and time produces.”
Quote: “I have an adopted daughter and an older son. I just love working with children. It’s my passion. I want to give them all a good life. When you see all the kids that come through a place like Children’s Cancer Caring Center, and hear their stories, it’s very touching… My children lost their father about 10 years ago; I try my best to inspire them. I think everyone in life needs role models.”

For more information on the organizations represented by the women in this feature, visit the following websites: