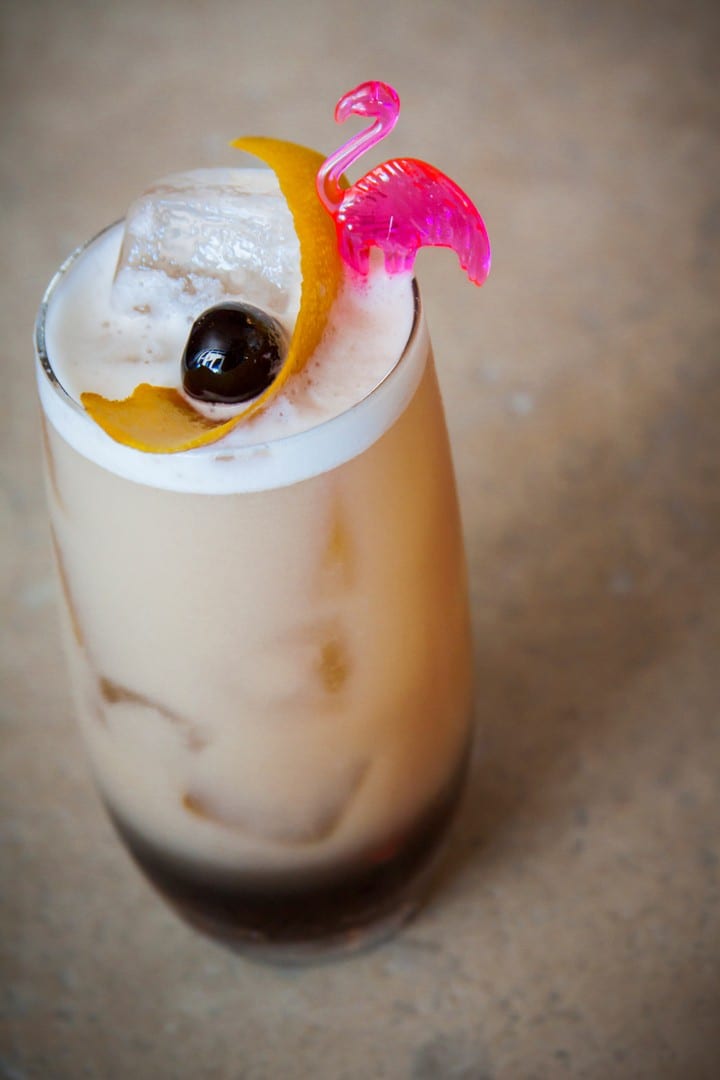 If the new craft cocktails at Burlock Coast resonate with fans of the seasonal fare orchestrated by chef de cuisine Gavin Pera, it’s with good reason. Beverage director James Camp plans to follow his kitchen maestro’s lead and create specialty libations that complement the dishes Pera features seasonally.
“Simply put, we want to mimic and preserve the integrity of Chef Gavin’s food,” says Camp, who’s been with the restaurant at The Ritz-Carlton, Fort Lauderdale (1 N. Fort Lauderdale Beach Blvd.) since it opened last November. “We’ll change and evolve as the food menu evolves.”
Threads running through the summer/early-fall slate of cocktails include a vegetable-to-glass concept (Celery Moscow Mule) and an emphasis on tropical flavors (The Passionate Coco, with coconut rum, pineapple juice and passion fruit syrup). But the drink that most piques our interest is the brainchild of Burlock mixologist Luke Tullos, a New Orleans native who has added to the legend of a Big Easy original, Southern Comfort—the liqueur invented by a French Quarter bartender, Martin Heron, in 1874.
As part of his Southernmost Comfort recipe, Tullos concocted a homemade version of the liqueur using Mellow Corn whiskey, to which he adds a little fruit juice and froth, as well as another beverage with a 19th-century style—Pepsi 1893. The result, from our bar seat, is a modern-day classic.

Instructions: Combine all ingredients except Pepsi 1893. Shake and strain over fresh ice. Pour into a collins glass. Float with Pepsi 1893.