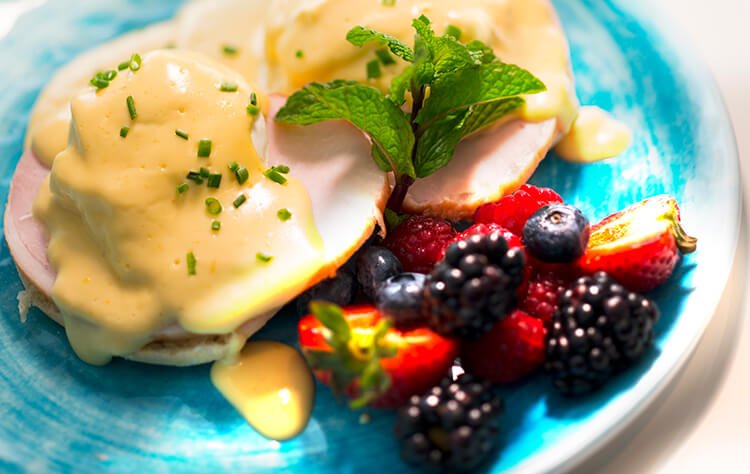 Life of the Party

Lenore Nolan-Ryan’s food career began with brunch. It was 1974, and she was 19, studying voice and piano at Butler University in Indianapolis. She loved brunch, but there weren’t many options. She could dine at the top of the Hyatt or the Pancake House, but her already-refined palate craved quiches, confitures (similar to fruit preserves), biscuits and other delicate dishes.

She walked over to the Pleasant Peasant, a little restaurant where she often dined, and asked the owner if she could rent it out for brunch on the weekends. It wasn’t open during the day, and she would bring in her own food and staff, plus pay a percentage.

Spend an afternoon with Nolan-Ryan, owner of Lenore Nolan-Ryan Catering and Cooking School, and you’ll learn she has about a million stories like this, all fueled by her zest for cooking, for entertaining, for life. She finds a way to share them all in her new Fort Lauderdale spot—3311 N. Ocean Blvd., in the Galt Ocean Plaza—a one-stop shop for pop-up dinners, tapas and wine tastings, cooking classes and, now, Bubbles and Brunch every Sunday from 10 a.m. to 3 p.m.

The brunch menu features the classics, such as quiche and eggs Benedict, as well as signature dishes, like her Artichoke Flower—creamed spinach, poached eggs, roasted tomatoes, lemon Hollandaise sauce and a butter-fried baguette. That’s her favorite dish, followed by the Torta Milanese, made with French ham, Swiss chard, roasted peppers, and a spinach-and-egg omelet in puff pastry.

“Oh!” she says, interrupting her own nonbrunch thought—one of the most delicious parts about brunch is the biscuits. She’s been whipping up the same recipe since the 1980s. “They’re so light and fluffy,” she says. “I serve them with these beautiful jam butters.”

To her, the late-morning meal is a personal time—which is why hers offers an option for unlimited cocktails.

“I’ve never heard of a business brunch,” she says, throwing her head back as she laughs. “It’s a time that you gather with family, friends, your squad … when you’re at your most relaxed and happy.”