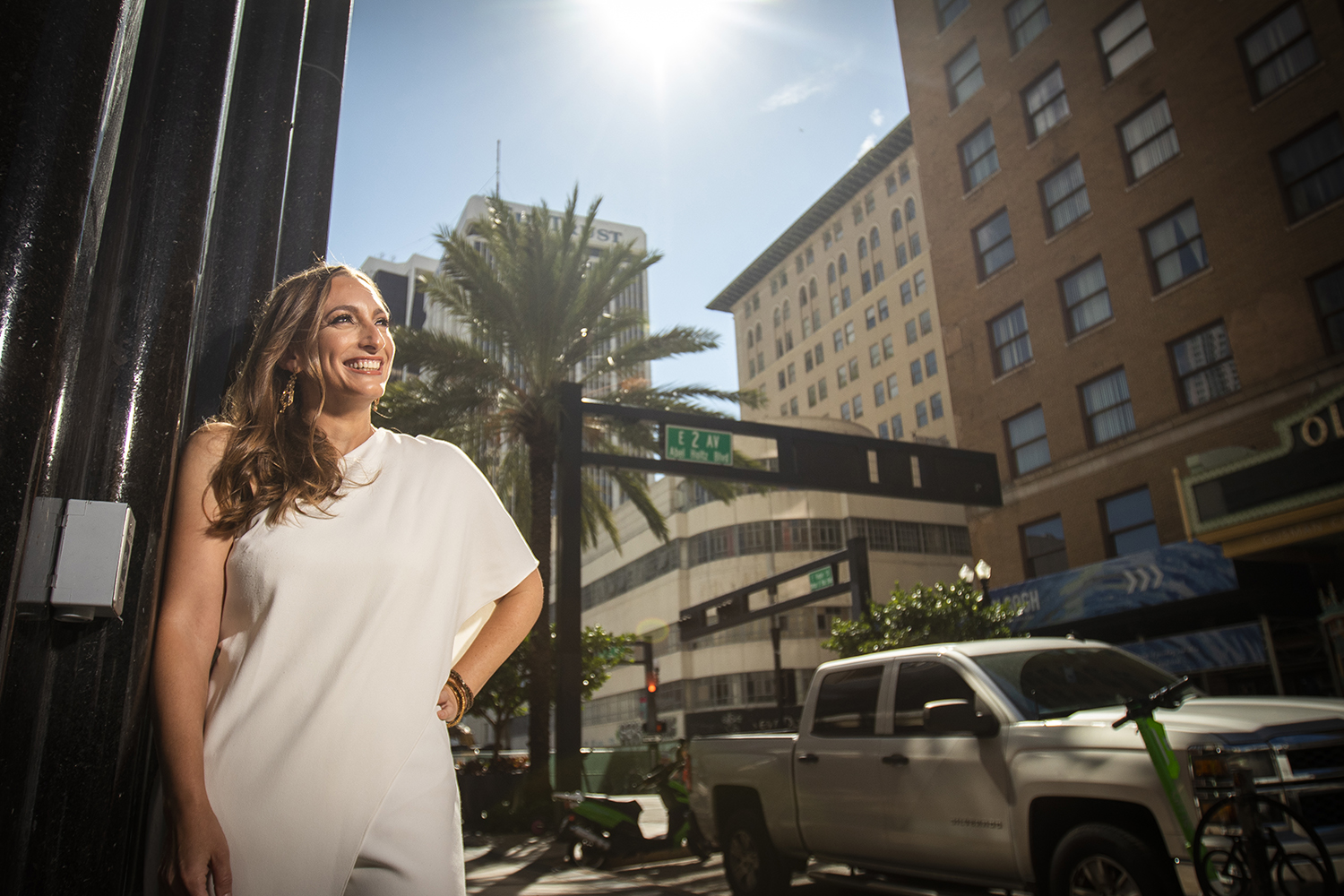 In the second of this two-part story, the Miami Foundation’s CEO shares formative experiences and discusses the challenges facing a young, female leader 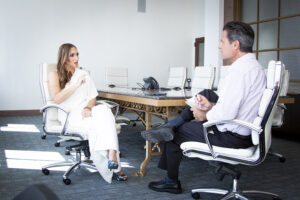 As CEO and president of the region’s philanthropic backbone—a community foundation that oversees an endowment with some $400 million in assets—Rebecca Fishman Lipsey works with 30 full-time staffers (and 20 board members) to identify issues important to Miami and to the foundation’s funding partners. But in a major metropolitan area with so many needs, it’s also about having an ear to the ground.

“I’m constantly asking myself these types of questions,” says the visionary behind Radical Partners, the social impact accelerator that she launched in 2013 (which continues to thrive, despite her departure). “How much are we listening to the voices of the constituents in our community who have lived experiences with the issue we’re trying to solve? Are we respecting their perspective? And are we incorporating their desires for their community—or are we just swooping in with a solution from the outside?”

As the foundation prepares for its annual Give Miami Day, the resident of Aventura spoke to Lifestyle about how her past has so richly informed the present.

As evidenced by its ongoing success, Radical Partners is a such an inspired concept. But in 2013, the idea of a social impact accelerator must have seemed itself a bit radical to some. What prompted it?

I’d been with Teach of America for eight years, and I was thinking about following my heart and doing something different that I really loved. At the time, I was a part of a leadership program at the Miami Foundation called Miami Fellows. It immerses emerging leaders in different topic areas around Miami. One day, we’re focusing on the economy, and we meet at Port of Miami. And I’m thinking, “How does this relate to me and my focus on education and equity?”

That day, I left understanding just how important the Port of Miami is to job creation and sustainability in our community. It blew my mind. I had the same experience learning about transit and infrastructure. There were all these intertwined issues in Miami.

At the time, the city was having the beginnings of an entrepreneurial ecosystem. There were startups coming here, and accelerators for for-profit businesses. The accelerator model fascinated me—the idea of investing early in companies and then, as they grow, you own a share of the company. And that’s how you make a profit.

I started thinking: What if I created something like that—but for the social impact space? A model that addresses some of these really important community issues? Can I get in early, find outstanding talent, create coalitions, and help social impact ventures scale in the way that I had helped Teach for America to scale?

It was purely a passion project.

You once spoke about the occasional struggle to make bold leadership choices because of the expectations placed on women to be risk-averse and nurturing instead of direct and confident. You’re 40, and you’re leading a foundation that oversees a $400 million fund. How do you reconcile that sentiment with your responsibilities?

That’s a big question. I would say there is a thinner tightrope that a strong female leader needs to walk. She has to be brave and fearless, tuned in emotionally, and humble. And there’s a little bit less grace offered for error.

I have to remind myself every day that I don’t get to have excuses, and that I need to show up with excellence everywhere I go. For the institution that I represent, and for myself—but also for other women who are counting on me to be a ceiling breaker and to set a bar for them. I can’t give anyone an excuse to doubt me or my institution because of any limitations someone might place on a woman. I’m highly aware of the “extra” that I have to do. And it’s something I talk about with my other female CEO colleagues regularly. We’re aware of the expectations on us and the grace that some of our colleagues have who don’t share our identity. When I talk to CEO women of color, they have an additional responsibility that I don’t have to carry—of people doubting them, or being quick to make a judgment about them, as opposed to seeing them as individuals in their space.

I carry the responsibility for my youth and for my gender. And, yes, I can’t be fearful about that. I am exactly who I am. I was a young executive director. I was a young board of education member. And I can wear that every day in this role and be worried that people will doubt my credibility and ability to serve here. Or I can just be an amazing leader. It’s my responsibility to not make it relevant.

Part of that responsibility, as you said, is that you’re an example to the women who will come after you. Does that add to the idea of having no room for error?

It’s a tremendous pressure. When there are fewer women leading an institution of the size that I’m leading, I know that my impact sets a bar—and also, at times, a ceiling for what others will expect or allow from other women.

Every time that I negotiate, I feel like I’m negotiating on behalf of other women. And that allows me to be a little bit braver. 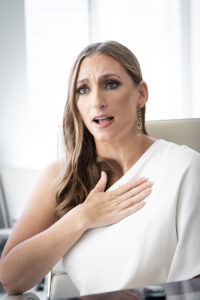 You’ve been at the Miami Foundation only since June. Despite your understanding of the community, has there been an issue that’s come up that has taken you by surprise?

There are so many things that blow my mind in this role, but nothing could have prepared us for the collapse of the residential building in Surfside. I was so moved by the way Miami stood together in that moment. Everybody wanted to help.

In the months afterward, people drove in daily with medical supplies, blankets, clothing, food; the sheer volume of people who showed up ready to assist in any way was so moving.

After Surfside, we set up a relief fund with the Coral Gables Community Foundation, with the Key Biscayne Community Foundation, the Miami Heat and the Miami Dolphins. It was an everyone-in kind of moment, one where I could see so much humility and a desire to serve. There were no egos in that moment. It was such a template for how we should solve problems with each other—and how I need to lead in this role.

If we were to address homelessness or education or access to the arts in the way that we addressed that crisis, we could move mountains as a community. We have to bring people together to solve problems in ways they can’t by themselves. We have to wield the power of the collective. It’s a guidepost to me of where we’re headed.

What: It’s the 10th anniversary year for one of the largest annual giving events in the country, a 24-hour event facilitated by the Miami Foundation that benefits nearly 900 nonprofit organizations serving Miami-Dade County. Over the first nine years, the event has raised $80 million as a community; the 2021 event is looking to push that overall figure over the $100 million mark.

From the CEO: “Organizations in Miami addressing every issue area of need are relying on us to have their biggest day of giving. It’s especially important this year, because so many organizations couldn’t host their annual fundraiser, which is their fundraising lifeblood. This is the day where they get those resources.

“The Miami Foundation creates the infrastructure, at no cost to them. We produce this day as a hook for all of them to raise funds. We build a bonus pool where they get a match for the money that they bring in. [Note: Last year’s bonus pool was $1 million; every donation over $25 and under $10,000 gets a partial match.]

“This is another hard year for many people, but also for the nonprofits who’ve really been stretching. Organizations that normally would feed 200 families are feeding 1,000 families—their numbers have quadrupled [because of the pandemic]. They’re stretching without being able to do their normal gala. This is the moment they need the community to step up for them in the way that they’ve stepped up for so many in the community.”

Website: Visit GiveMiamiDay.org to learn how to get involved.