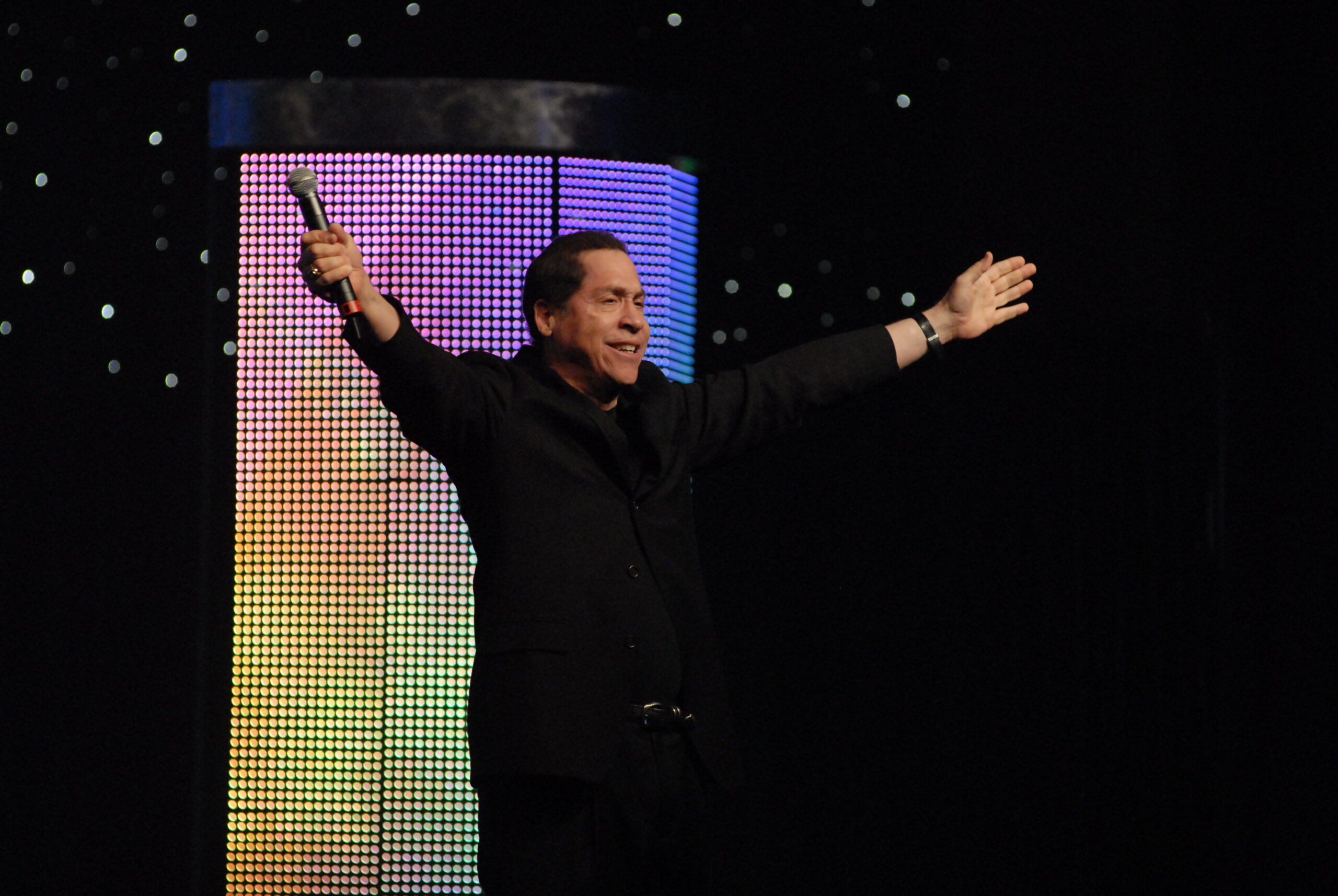 The award-winning sports broadcaster discusses the art of interviewing and the backlash from an old interview with O.J. Simpson in the second of this two-part online story 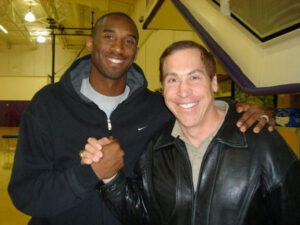 Roy with his friend, the late Kobe Bryant.

You conducted so many fascinating interviews on SportsLook/Up Close, in large part because they revealed something about the person we didn’t know or hadn’t heard. Your interview with broadcasting legend Howard Cosell in the 1980s was interesting because of how contentious he was. What do you recall about that conversation?

For a few years, Howard and I were close associates. I was a correspondent on a show that Howard hosted called SportsBeat.

But on this day, he was in a nasty, nasty mood. I tried to give him an opportunity to talk about the beauty of the sport of baseball. And he goes, [Firestone begins doing his Cosell impression] “What is it you want me to say? Do you want me to tell you why a double play is beautiful while [then-New York Mets first baseman] Keith Hernandez is in federal court [testifying about his cocaine use in 1980]? You’re entitled to ask questions about the esoteric beauty of a given sport, but I have no interest in talking about your perspective while the allegations of drugs are over-running the game!”

He called me naïve. He was being so belligerent. So, I asked him about the book he had written, I Never Played the Game, in which he ripped several of his friends and coworkers. I asked why it was so important for him to do that. He goes, “If I didn’t do it, I wouldn’t be me.”

I said, “Yes, but friendship must mean something to you. Did you really need to humiliate [his Monday Night Football broadcasting partner] Frank Gifford in a book?”

And right on the air, he goes, “That’s it. Our friendship is over.”

He was cynical and dark and angry at that point in his life. I think he felt he was more important than sports and that his insights should be regarded in an elevated light. Howard took himself extraordinarily seriously.

Do you find that interviewing female athletes leads to different types of discussions compared to male athletes?

Most definitely. The conversations I’ve had with women often are more open and more thoughtful. And they’ve also had more challenges as female athletes.

I recently interviewed tennis great Martina Navratilova [again, for the new ESPN show]. We spoke a bit about how, if she came out as openly gay today, she’d probably get the kinds of endorsements that she couldn’t [after being outed as gay in 1981].

Also, remember that when Martina came to America from Czechoslovakia and asked for political asylum in 1975 [at age 18], she was taking the chance of never seeing her parents again. It was an enormous risk, and an enormous sacrifice. Martina spoke broken English at the time, and she wasn’t yet the [world-renowned champion] that she eventually would be. She told me that she struggled. She was alone and scared.

“But America was kind to me,” she said. “And I don’t think we’re in the same place now as we were 50 years ago when I first came here.”

Even now, as much as the doors are more open for women in sports, there are still obstacles and roadblocks. So, yes, I find women are the better interviews because they’re more honest about what they’ve experienced.

You took serious retro heat over a 1989 interview you did with O.J. Simpson, one that created a firestorm in 2016 when ESPN aired a documentary about him (O.J.: Made in America). What did you take away from that experience, which mirrors some aspects of the current “cancel culture?”

I interviewed O.J. Simpson five years before the murders took place, in 1994. At the time, I was the first person to talk to O.J. about a New Year’s Eve incident where he got drunk and [abused] his wife, Nicole, the woman he [later was accused of] murdering. At the time we taped, the judicial system was still processing what happened. [Note: Simpson pleaded no contest to charges of spousal abuse four months after the incident, for which his wife required treatment at a hospital; he did 120 hours of community service.]

I started asking about what happened New Year’s Eve. He goes, “Oh, man. I laugh at that stuff. You ever have too much to drink, and your wife pushes you, and you push back? That’s all it was. I love her. She loves me.” That kind of stuff.

At the time, we didn’t know all the stories about [the police being called to the Simpsons’ home on numerous occasions for similar circumstances]. So then, in 1994, Simpson [was accused of the] murders [of] two people [Note: Simpson was acquitted of criminal charges in 1995; two years later, a civil jury found him liable for wrongful death in the double murder]. Interestingly, my interview was entered as evidence into the O.J. criminal trial because it was the first time anyone ever asked him about domestic violence. They ended up throwing it out in discovery.

So, fast forward to 2016. ESPN airs a documentary called O.J.: Made in America. In the documentary, there’s a clip of the interview, showing me buying into his domestic violence alibi. No one contacted me and asked if I wanted to comment as part of the documentary.

If they had, I would have said that it’s an embarrassment to see it now [knowing what we know]. But they didn’t give me a chance to put that interview into any perspective. How am I supposed to know, in 1989, that five years later he’s going to be [arrested and charged with killing] two people? It felt so unfair to put that out there without context.

[After the documentary aired], I got so much hate on Twitter: “You’ve enabled a murderer.” “You didn’t challenge a domestic violator?” I got one tweet that said, “Roy Firestone should only have two daughters who are murdered and raped.”

We’re in a place right now with social media where an idiot’s opinion is equal to somebody who actually lived through what happened. It just shows how, without context, social media can shape a narrative, blow it out of proportion, and turn it into a scandal.

The 41st Berrin Family Jewish Book Festival at the Alper Jewish Community Center (11155 SW 112th Ave., Miami) started in October, but the series of in-person and virtual author appearances shows no signs of slowing down, with events scheduled through late April.

Roy Firestone kicks off the 2022 schedule (Thursday, Jan. 6; 7:30 p.m.) with an in-person performance that promises to include anecdotes from his Emmy-winning career as a host and interviewer on ESPN; stories about his 2019 book That’s What I’m Talking About, as well as his children’s book (Kobe and a Boy Named Roy, which he wrote following the death of Kobe Bryant and Kobe’s daughter in a helicopter crash in January 2020); and elements from his one-man show.