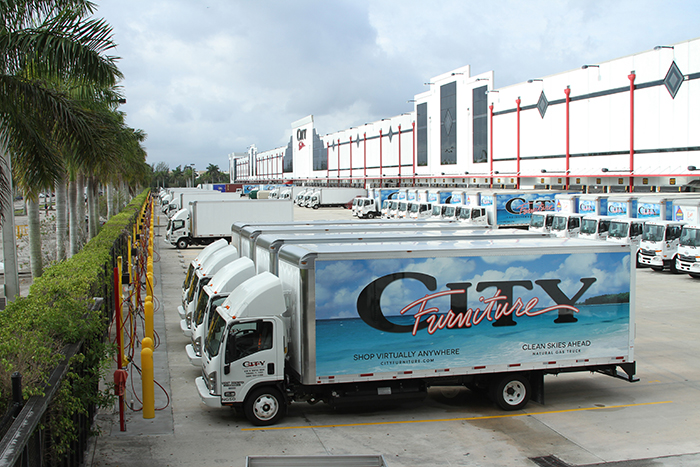 City Furniture has a reputation for innovation, including a green delivery fleet and same day delivery. Recently, it was in the news for bringing back water beds. Now, it’s doubling down on its already extensive charitable activities.

The company is pledging to donate at least 5 percent of profits back to the community during 2019.

“It all goes back to our original mission to make the world a better place, by empowering critical causes with positive change,” President Andrew Koenig says.

The company identified five pillars for its effort and a video on the company’s Facebook page gave examples of how it is already doing so:

“This pledge goes back all the way to my uncle Kevin Koenig, the founder of City Furniture and my father, Keith Koenig, who grew the company with him,” Andrew Koenig said in the video.

When the company first made a profit, it made a donation to Covenant House, which helps homeless youths, Koenig said. The video shows a giant check to Covenant House with $1 million as the value.

During a 2014 CEO Connect interview, Keith Koenig talked with Lifestyle’s sister magazine South Florida Business and Wealth about his charitable work, which resulted in a Gregory the Great Award from Pope John Paul II.

“Most of our charitable work didn’t stream from anything other than a willingness to accept some responsibility,” Koenig said. “I remember our kids were 2 and 4 and our friends said, ‘You ought to go to the Discovery Center.’ We took our kids down there and they loved it. Next thing our friends asked: ‘Do you want to be on the board?’ And the next thing: ‘We are going to build a new museum – you gotta do this and that.’ Then, we built a $37 million museum. Along the way, we have developed so many friends. That’s how you build a community. We are not stars or anything; we just tried to help out when we could.”