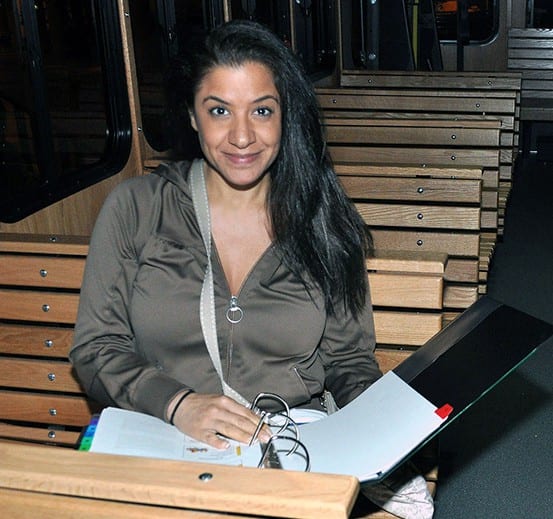 Each year, Coconut Creek hosts the Citizens Academy, inviting residents to learn more about the city through a nine-week course that educates them on the city’s mission, introduces them to city departments and gives them a behind-the-scenes look at how the city is run. Coconut Creek Lifestyle asked a few residents from Class XIII a few questions.

To learn more about the Citizens Academy, visit coconutcreek.net or email Yvonne Lopez at [email protected].

Resident for: About four years

Joined because: Commissioner Mikkie Belvedere recommended I take the class. I think it’s important to understand how one’s community works. I’m active politically, and I’m active in the community.

What it’s been like: Pretty terrific. Even discussing city finances was fascinating. The police were wonderful, and everyone should take a seminar with their local police to have a better understanding of their work and what it is they do for us. I loved utilities and engineering and watching their automated robot go through the pipes.

Resident for: More than four years

Joined because: I was curious about the operations of the government.

What it’s been like: Each class is informative. I’ve learned to appreciate the city workers’ dedication to their jobs; some have been on the job for many years. And I’ve learned about the extent of ongoing training that makes city workers competent in their jobs. In general, I feel safe to live in Coconut Creek and feel a sense that I’m being taken care of.

Resident for: More than 10 years

Joined because: I wanted to learn how the city is run, learn what my tax money is funding, meet those who run the city and meet other residents.

What it’s been like: I’m learning so many new things about the city, and becoming knowledgeable. This will allow me to speak with other residents in Coconut Creek if they have any questions or are not sure about something. My standout moment was meeting our police department, including one of our K-9 officers. I learned that Coconut Creek has a SWAT team, and they showed us scenarios. It was an interesting, interactive class.

Joined because: I wanted to better understand the operations of the city.

What it’s been like: The experience is excellent. I liked the willingness of each department representatives to share contact information. Current and past participants ultimately assist in the betterment of the city. Having completed the Citizens Academy, residents are an integral part of the city by contacting appropriate departments with particular concerns.

Joined because: I used to live in Miami where I was involved, even though it was an unincorporated area; we were always having meetings. Coming here, I thought, that’s something I haven’t been doing and I want to get involved.

What it’s been like: It gives you an introduction to the workings of the city: police, firefighters and others you see every day that you take for granted. I was surprised at how meticulous, how well-ordered and how involved everything is. It gives you a sense of pride because you realize this isn’t just a small town. It’s a little bigger than that. It is the future of U.S. cities and where they should be going.