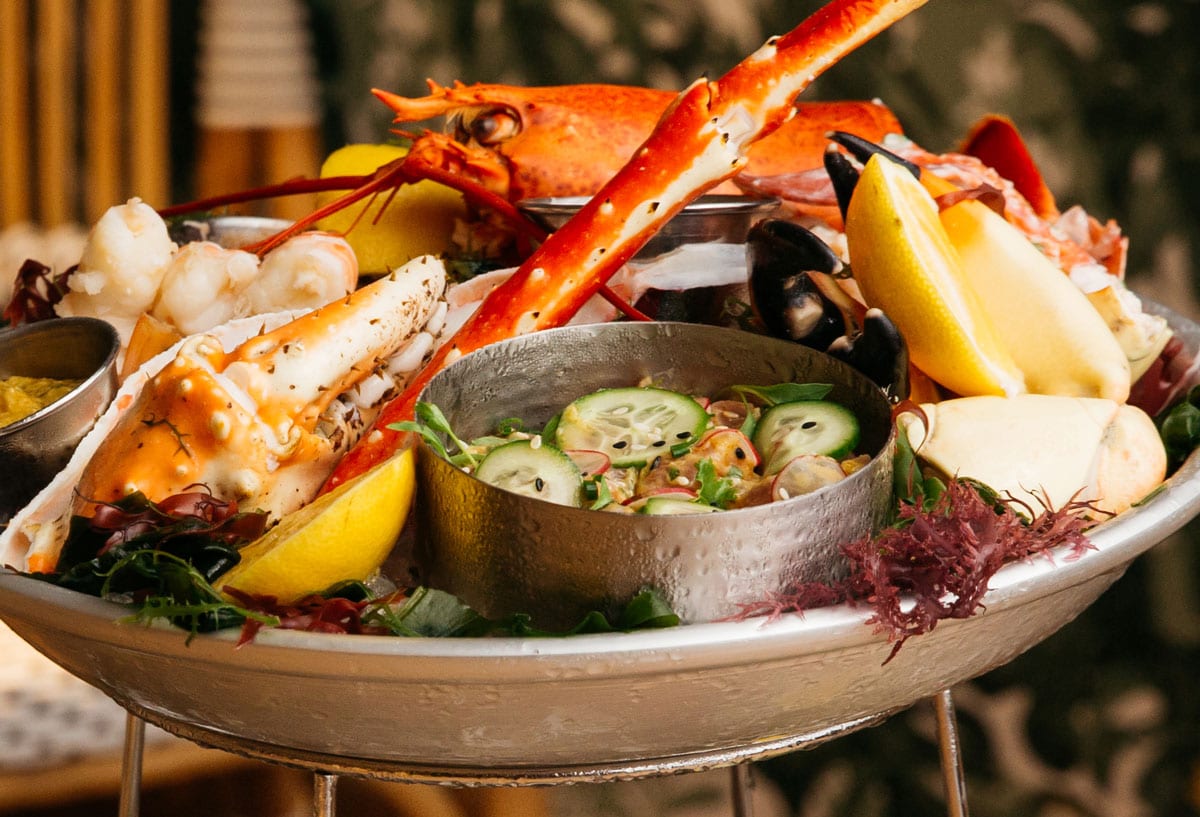 Given his reputation as a world-class restaurateur and Food Network superstar, it’s no surprise that Geoffrey Zakarian would understand a thing or two about creating feasts for the eyes. On the other hand, seeing is certainly believing.

“I love a raw bar,” says the 2011 winner of “The Next Iron Chef: Super Chefs” on Food Network. “Whenever a restaurant has a raw bar and a plateau on the menu, I always order the biggest size and dive right in with a bottle of ice-cold white wine. Now, I finally have a chance to build my own. I’ve always had raw bar items on my menus—but never a full, built-out raw bar in the dining room. It’s stunning.”

The same can be said for Zakarian’s expanding culinary and television résumés. On the restaurant side, the 57-year-old native of Massachusetts operates The Lambs Club in New York City; The National in NYC and Greenwich, Connecticut; Georgie and The Garden Bar, both at Montage Beverly Hills; and The Water Club at Borgata in Atlantic City. On the small screen, Zakarian is all over Food Network, hosting “Cooks vs. Cons,” co-hosting “The Kitchen” and lending his judging skills to “Chopped.”

How he found enough hours in his day to bring yet another restaurant to life remains a mystery, but Zakarian says the opportunity to return to South Florida (his last venture, the 2011 launch of Tudor House at Dream South Beach, lasted a little more than a year)—not to mention the chance to be “part of the fabric” of an iconic resort—proved irresistible.

“Florida is a special place; it’s a cross-section of locals and vacationgoers, and you need to cater to the needs of both,” he says. “One group needs and wants a place to use as their neighborhood spot; the other is looking for an escape. You do that with gorgeous interiors, a unique perspective—and food that a guest would be able to come back to a few times a week.”

Beyond the pitch-perfect aesthetics—sky-high ceilings, Cuban-style wood fans, soaring palms and tropical plants, a palette of warm tones, and white oak millwork and flooring—Zakarian accomplishes the latter with plates that play into the approachable cuisine and “exceptional items from the sea” that define his take on coastal American flavors.

“I thought, ‘If I could make a menu filled with items I want to eat when I am near the shore, it would be this,’ ” he says.

One of the pleasant surprises at Point Royal is gourmet morning service in the form of a grand—emphasis on grand—breakfast buffet.

“Usually I run from a buffet, but I decided here that I was going to make the coolest, most delicious buffet that ever existed in Florida,” Zakarian says. “At breakfast, you always get the same old items; at Point Royal, it’s a breakfast feast every day—the entire center bar is filled with incredible house-made treats, an over-the-top cereal bar, morning breads and tropical fruits. We have a side station with Mediterranean salads, a hot station filled with frittatas, a variety of breakfast meats and waffles—and we turn the raw bar into an omelet station.”

Asked how he thinks the South Florida dining scene has evolved since he opened the Blue Door at Miami’s Delano Hotel back in 1995, Zakarian points to the influence of Food Network and the access it gives foodies across the country.

“People are more adventurous with their orders,” he says. “That allows us to put a larger variety of items on the menu. Don’t worry, though. I would never use the crazy items from the ‘Chopped’ baskets!”