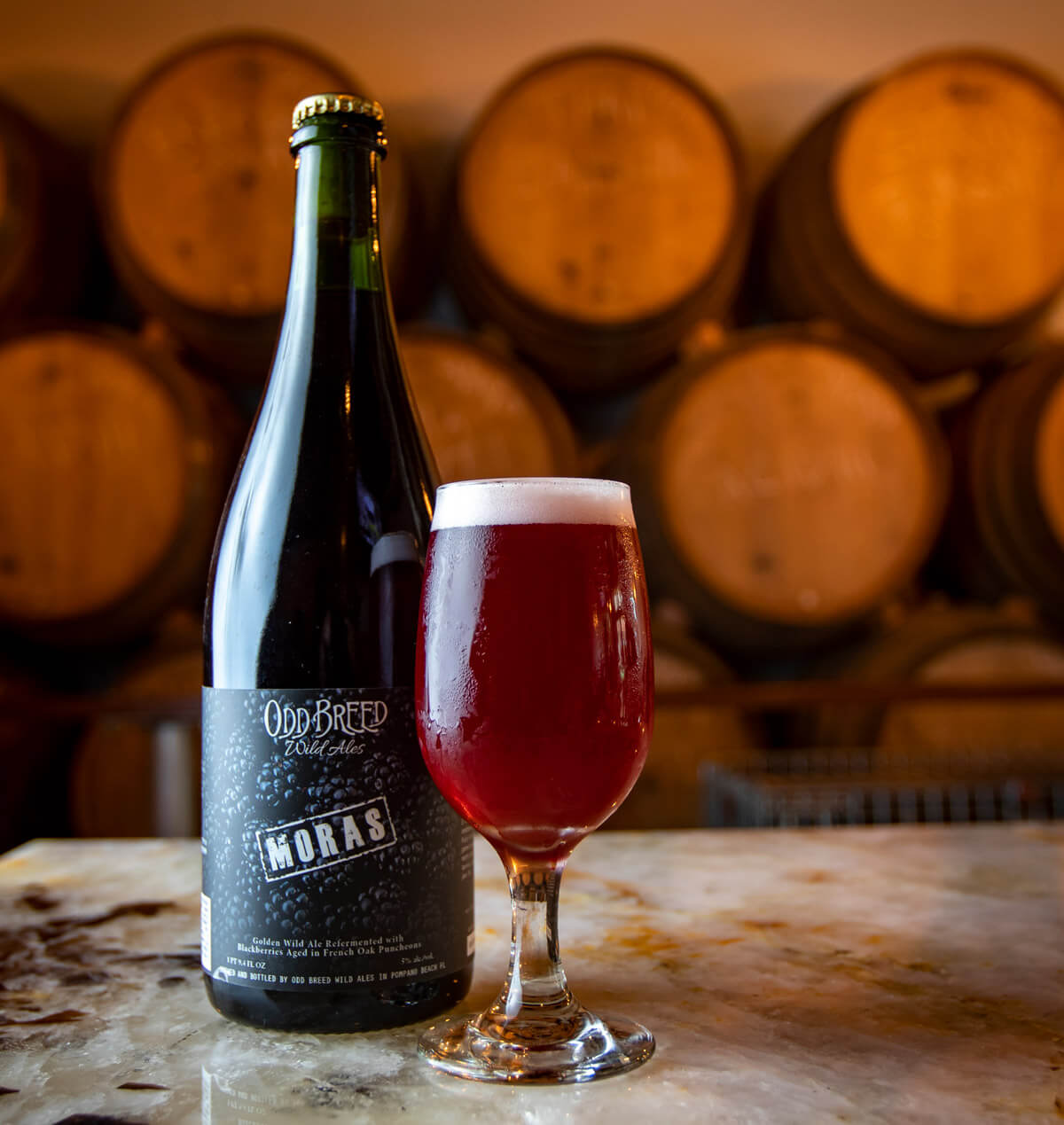 At first blush, the idea of a sour-tasting beer sounds more like a barley-and-hops mixture gone bad than an intentional flavor. But unusual is the norm at a Pompano Beach brewery that even celebrates such eccentricities in its name. The aptly branded Odd Breed Wild Ales (50 NE First St., 754.220.6099, oddbreed.com), which opened its doors in November, boasts a menu of creations that speak to its unconventional brewing techniques.

Odd Breed prides itself on its unique fermentation and aging process to produce ales with intriguing notes and a tart finish. From barrel to bottle, nothing about Odd Breed is ordinary—including the use of the bacteria Brettanomyces, a “funk mingle” commonly referred to as “Brett”—to ferment its beers.

“Most [conventional] brewers would die if they found Brett in their brewery,” says owner Daniel Naumko. The bacteria continue to ferment even after they’re packaged, which can cause bottles to explode. However, Naumko and partner Matt Manthe strategically use Brett to create the notable sour taste found in their ales.

Odd Breed brews its beer offsite, at local breweries such as Boca Raton’s Barrel of Monks and Pompano’s 26 Degree Brewing. The beer is then transported back, where it undergoes slow fermentation in barrels that lasts anywhere from seven to 16 months (unlike the three to four weeks of a standard brewery). From there, Naumko and Manthe implement dry-hopping—a technique that involves adding hops to beer without boiling it—to amplify flavor.

Then, they add fruits to create additional taste, giving the ales a flavor profile with three main variables: sourness, hops and citrus. The result is an offering like Broken Tail, a tart-and-tropical wheat ale with Indian coriander and Florida orange zest; or Juni Per Se, a mixed-culture Saison refermented with blue juniper berries.

Because of Naumko and Manthe’s improvisational nature in crafting new flavors, don’t expect to find the same list of draft beers and bottles upon each visit to Odd Breed. The owners welcome inconsistency by conjuring up a new menu as they go.

“We’re not trying to brew the same beer every time,” Naumko says. “We’re trying to brew exciting base beers, put them in the barrels, hit ’em with a mix culture, and then taste them along the way.”