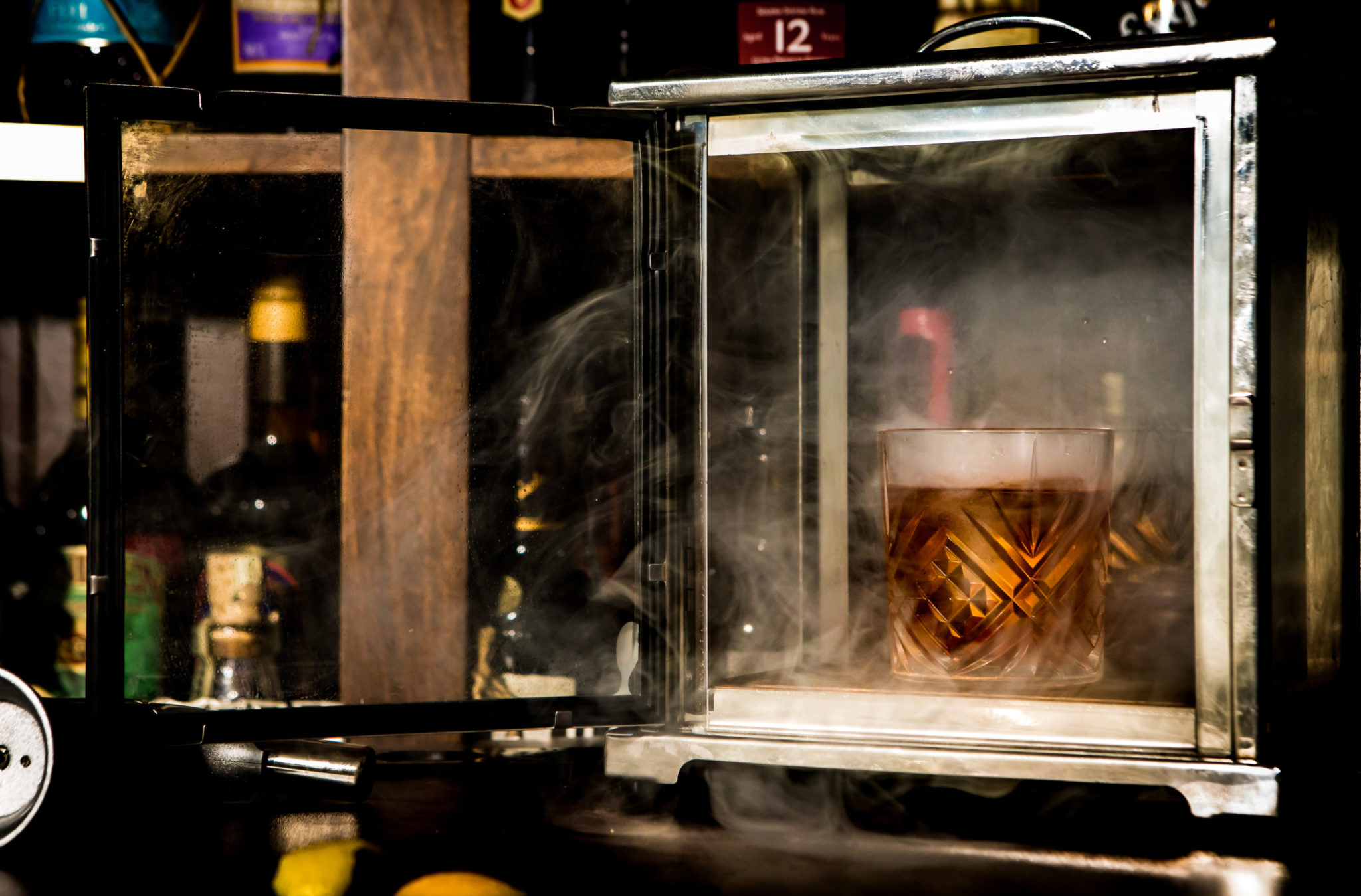 It’s hard to imagine a time when ordering a cold beer on a hot day would be considered a crime. Yet Jan. 17 marked 100 years since the passing of the Volstead Act, putting into effect the 18th Amendment banning the manufacture, transportation and sale of alcohol. While the law intended to bring about a more restrained, virtuous mindset, it promptly backfired, spawning a tumultuous time characterized by a thriving underworld of bootlegging (mostly managed by gangsters) and secret bars known as “speakeasies.” Eventually, the law was repealed in 1933 with the 21st Amendment. Today, bars emulating the intimate, jazz-fueled speakeasies have become de rigueur, with Swizzle Rum Bar & Drinkery setting an exemplary tone.

Located inside the modish Stiles Hotel, the dimly lit space pulses with an eclectic mix of jazz, blues, classics and a little funk house, making one feel as if they’ve stumbled upon a secret treasure. Lucky is the word that comes to mind.

The five partners that are the heartbeat of this gem are the same ones behind Employees Only, the beloved bar that unexpectedly closed in 2018. Hospitality is key, which is why everyone is greeted with a complimentary Rum Manhattan. Those favoring a drink that is “Stirred & Stiff” may opt for the Old Marley (pictured above), made with rye whiskey, 2 types of Jamaican rum and a liquor known as Swedish Punsch, then smoked and served over ice. Rum lovers will be smitten by the Hurricane, a blend of Banks 5 Star Island, Plantation Dark Rum and grenadine with housemade rhubarb and honey-ginger, pineapple and fresh lime juice served tall on crushed ice with dark chocolate-infused Don Q 151 Rum. The Madame Hong, Campari shaken with strawberry puree, Peychaud’s Bitters and fresh lemon juice served in a flute with prosecco is meant to emulate the happiness felt by the arrival of spring.

Bar bites are as varied and flavorful as the drinks, with offerings like Serbian croquettes filled with pork and kajmak (similar to clotted cream) and served with a side of ajvar, roasted red pepper relish.

Swizzle Rum Bar and Drinkery packs a big punch in a cozy space, managing to transport patrons to a carefree, joyous time borne out of a darker moment in our past. Pair that with the creative flair and dedication of a talented team, and you’ve got yourself a sure-win spot.