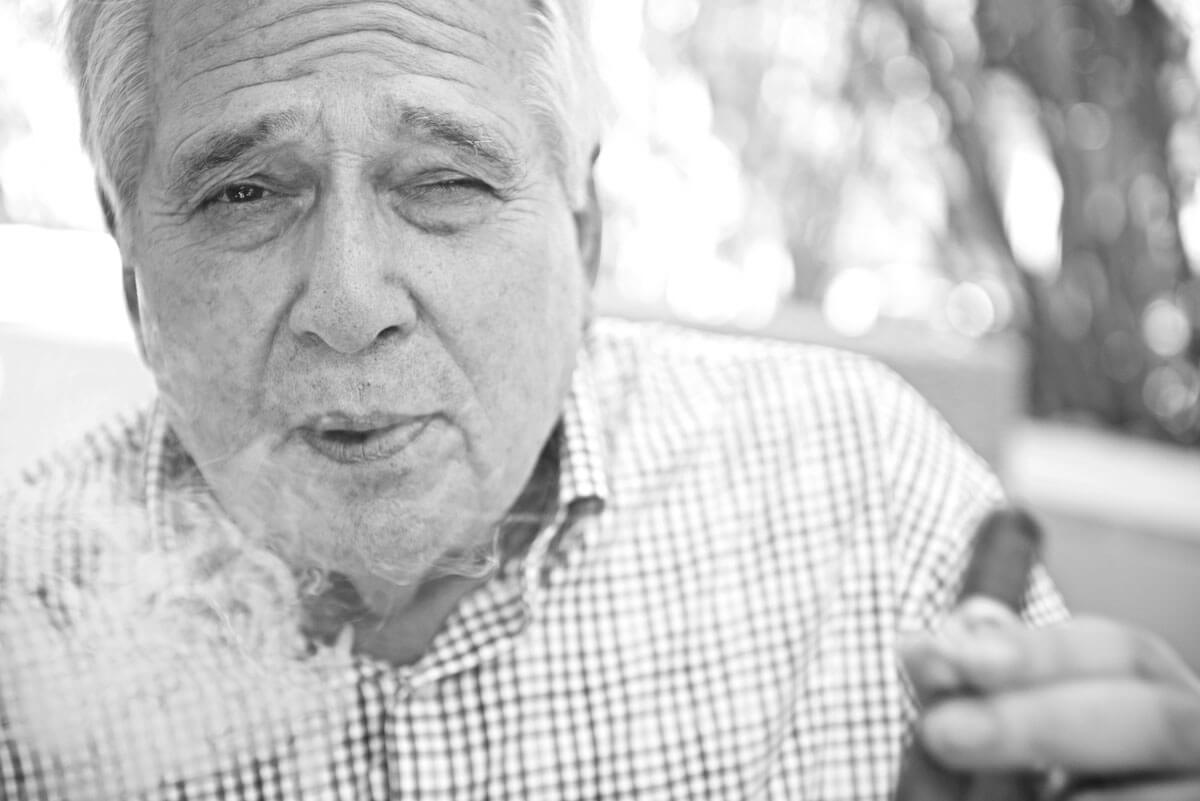 “There’s no doubt in my mind,” writes Eliot Weisman in his recently released book, The Way It Was, “that my life and the FBI’s perception of my life would have been very different if I had been in that picture.”

It’s a picture that was worth a thousand words to the feds and, ultimately, 10 months in prison for Weisman. The iconic image of Frank Sinatra with notorious mobsters including Carlo Gambino and Jimmy Fratianno—taken backstage in the late 1970s at the Westchester Premier Theater in Tarrytown, New York, which Weisman oversaw and helped to launch—would lead to Weisman’s prosecution for bank and stock fraud, and racketeering.

It also opened the door to a two-decade run as manager and friend to Sinatra during the home stretch of his legendary career. The straight-talking Weisman—who also managed Liza Minnelli, Steve Lawrence & Eydie Gormé, and Don Rickles, among other entertainers—invited Lifestyle to his home in Parkland for a no-holds-barred discussion about his life with Ol’ Blue Eyes.

You never told prosecutors what they wanted to hear regarding Sinatra and his mob ties. Do you think about how staying quiet changed your life?

If I only knew I was going to do 10 months, I would’ve been the happiest guy in the world. When I gave myself up (in January 1981), I was looking at 78 months. The prosecutor obviously convinced the judge that if they pressured me with sentencing, I would give up the whole mob. It was such a joke. What they really wanted was Sinatra and his attorney, Mickey Rudin.

As far as Rudin, I spoke with him shortly after being interviewed by the FBI and let him know the situation. It became clear over time that whatever knowledge I had would not implicate Sinatra or Rudin.

The word spread around the entertainment business, very quickly, that I was a stand-up guy. In the end, that was the turning point, the idea that I wouldn’t rat anyone out. Also, that all the performers got paid [before the theater went bankrupt].

Sinatra demanded such loyalty from the people in his circle, didn’t he?

Loyalty was No. 1 with Sinatra.

No. 2, he loved people who knew what they were doing. When you go around the world as many times as we did, you don’t always get perfection with stagehands and musicians. He never freaked out. When he would come off the stage, I’d hand him a towel and tell him, “Great show.” The really sensational shows, he’d share a superlative. But every once in a while he’d say, “Where the [expletive] did you get those strings?”

I miss that man every day. There are few people I’ve met in my life who even come close to putting his shoes on. Sinatra was a champion for the underdog. There was nobody, who was worthy of it, that he didn’t want to help. … [Boxers] Joe Louis and Sugar Ray Robinson, at the end of their lives? Sinatra helped them survive. He gave them money, he made sure they had the right doctors. If they needed his airplane, he would send it to them.

I’m talking about a guy who looked you in the eyes, put those blues on you, and you knew he was telling you the truth. There was no [expletive].

There are so many stories in the book about Sinatra in his element, with a Jack Daniels in hand, being around friends. Are those the times he loved the most?

His absolute favorite time in life was on stage. It was the one place that man was never depressed. He loved the audiences.

Every Sinatra show, to me, was like the World Series. The difference between the first game and the seventh game was whether or not the crowd came to play.

Given his family dynamics, with his wife on one side and his kids on the other, were you apprehensive about becoming Sinatra’s financial adviser?

When he asked me to be executor of his estate, I almost fell over. I told him I was really honored, but I asked him why. He said, “Because no one else knows where every [expletive] thing is buried.” And he was right.

Punctuality is a running theme in the book. It meant everything to Sinatra. Why?

It was about respect. There were times when he made me sweat over five minutes. Especially when he was doing shows with someone opening for him, and the rows in front weren’t full. I didn’t want people moving around and [finding their seats] during the opening act.

He would say, “The ticket says 8 o’clock. For the people already in their seats, why should they have to wait another five minutes because other people are late?”

Forget starting a show on time. He hated getting off a plane and driving a long distance. Listen, airports are not in the middle of cities. But he used to [get angry] if a drive lasted more than 25 minutes.

Was there anyone who could say no to Sinatra?

I don’t know of anyone ever saying no to him. You couldn’t really do that with Sinatra. At that point, it was going to become confrontational, and he wasn’t going to lose a battle with you or anyone else.

Did he struggle with his mortality as his friends began to die?

We were at the Waldorf in New York when Sammy Davis Jr. passed away [in 1990]. And that was the first time I saw him cry like that. He wasn’t thinking about his mortality at that point; he was thinking about his friend. I wasn’t around in [the Rat Pack days], and I didn’t even hear half the stories. The half that I did hear, those guys had wild times.

When Dean Martin passed away in 1995, I spoke to Sinatra over the phone, and he was upset. But he was uncontrollable with Sammy. Sammy idolized Sinatra, and the Boss had a tremendous influence on him. When Sammy lost his eye, Frank was the first one there. When Sammy went bad in the 1980s, with the drugs, Sinatra told him, “When you get cleaned up, call me. When you’re playing with that [expletive], don’t be around me.”

Toward the end, I think Sinatra was sorry that he still wasn’t singing. I think that’s when he started to contemplate his death. I knew he wouldn’t make it long without having something to do. [Editor’s note: Sinatra died May 14, 1998.]

Your passage about Donald Trump—you were so upset by his comments during a deal gone sour involving his Taj Mahal casino and your entertainers that you grabbed his tie—was in the news. Anything about his presidency, based on your dealings with him, that surprises you?

I can feel it now just talking about it; I was boiling. I could’ve gotten the [expletive] beaten out of me, but I doubt it. At that time, I think I would’ve [taken] him. I would’ve done the time and been out by now. I could never remember being in that much of a sweat, that’s how aggravated I was. My son pulled me off [Trump].

I had to wake up Sinatra on the West Coast to explain the problem. He goes, “You don’t have a problem. Either go back upstairs and tell him to [expletive] himself or give me the number and I’ll do it.”
I said, “Thanks, boss. Go back to sleep.” I went back to Trump’s office and told him.

So, no, nothing surprises me. This to me is so out of whack, so disturbing. Morally, I don’t understand how he got elected. The only answer I have is that, morally, his opponent was the worst candidate who could have run against him.