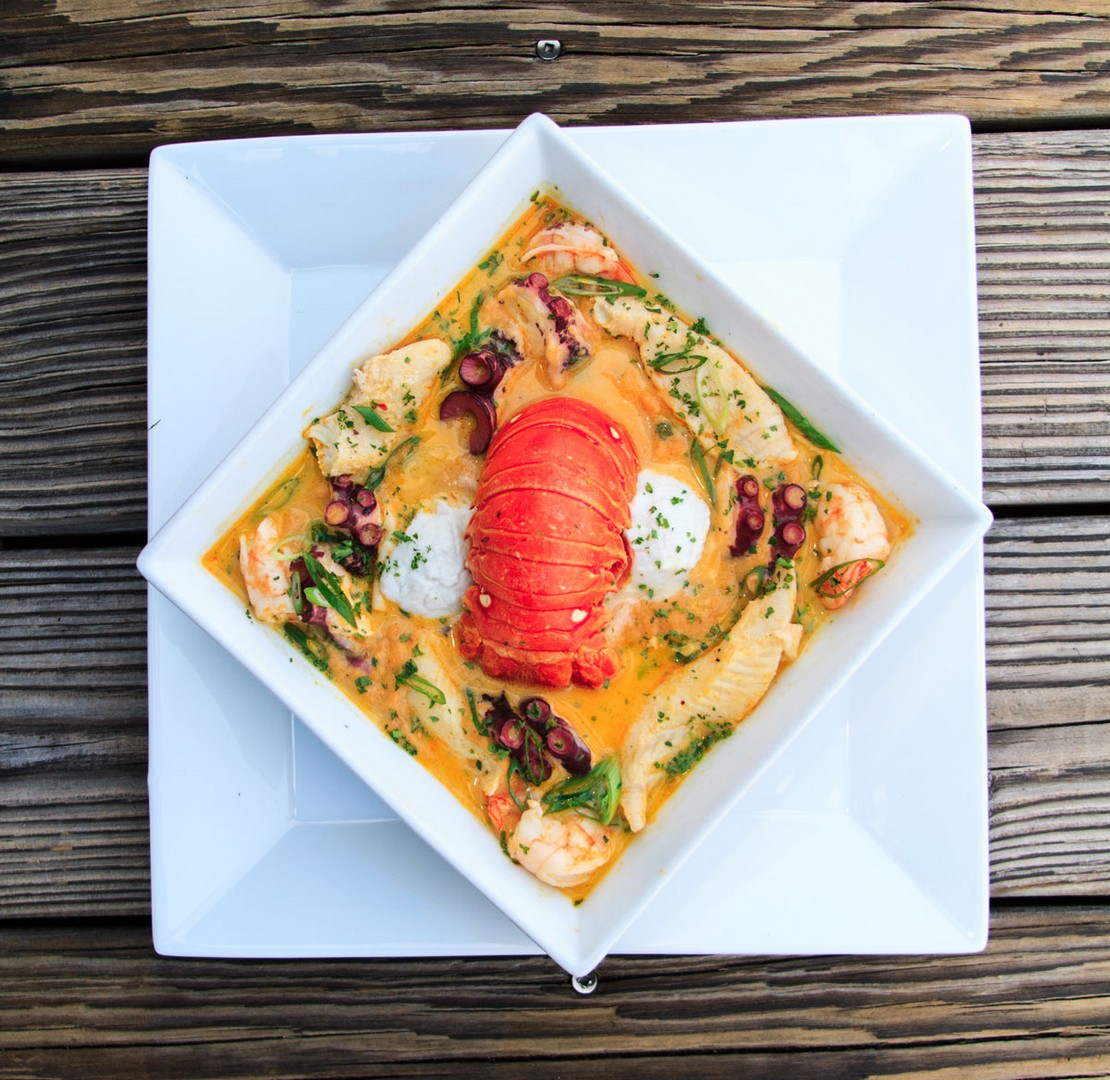 Roberto Guerios has created a menu that encourages diners to leave their comfort zones. But, as he can attest, some culinary habits die hard.

When he opened Pirate Republic Seafood & Grill with his wife and chef, Claudia, in 2010—after a year as a bar—they put fish and chips on the menu among the global sea fare. It was the best seller.

“I was frustrated—I’m not here to sell fish and chips,” Guerios says. “People don’t understand our menu and go into their comfort zone. I said, ‘Let’s do a test.’ I triple the price. Months later, the best-seller: fish and chips.”

He told his wife to take it off the menu. She thought he was crazy.

“We cook amazing things, and to sell fish and chips—let’s close the restaurant and open a fish-and-chip place. There is no reward to selling it,” he says.

Though Pirate Republic still offers food for the less adventurous—such as cioppino, a tomato-based seafood stew—most diners come for the fish specialties, which have origins in Brazil, Spain and the Caribbean.

Guerios, a burly man with tattoos and silver hair falling below his shoulders, was born in Bahia, a state in the northeast of Brazil, and grew up in Italy. In the 1970s, he built a 98-foot black wooden schooner, refurbished to look like a 17th century pirate ship. (His fascination with skulls and pirates began around age 3; his father, a doctor, brought home a human skeleton.) He and Claudia lived on the waters of the Caribbean for years, often catching their own food. A knack for cooking ran in Claudia’s family. When they landed in Florida in 2000, the Weston couple chartered the boat and cooked for their guests before opening a pirate shop, a bar and eventually the restaurant (“There’s booze everywhere, and I am in the middle of nowhere; if I want customers, I need exceptional food,” he recalls saying).

At Pirate Republic (400 SW Third Ave.), which has seating on a dock on the south side of the New River, across from Riverwalk Fort Lauderdale—it’s common for customers to arrive by boat, he says. The menu features all classes of seafood, including whole giant pink shrimp (legs and all) and freshwater fish imported from the Amazon.

“We have the best seafood in town,” he says. “Period.”

Worth Waiting For
Vatapá is a staple Bahian seafood dish. The sauce in Pirate Republic’s fish and shrimp vatapá is special, Guerios says—it takes 14 hours to prepare and is made two to three times a week.

Order Up
When the dish is ordered, fish and shrimp are steamed with more Brazilian peppers and dendê oil, the Brazilian version of palm oil. It is lighter than African palm oil because only the core of the fruit is pressed for extraction, he says. Then the protein—lobster and octopus can be added, as pictured—is mixed with the sauce.

The Heat Killer
Acaçá is made with coconut meat, coconut milk and coconut flour. It neutralizes the heat from the peppers. “You can have a whole chili, and then with acaçá …” he whistles, signaling that one’s mouth has stopped burning.

The Rice Cooker
The vatapá is served with jasmine rice on the side, made in a Brazilian style. “It’s not what you put in it—it’s the way you cook it,” he says. The rice is fried with garlic, onions and olive oil before adding water.

Grab a Cold One
Guerios recommends ordering a caipirinha, Brazil’s national cocktail, which comes in five flavors. It’s made with sugar, lime and cachaça, Brazil’s most commonly distilled alcohol. “We don’t rush people,” he says, making the case for a drink or two. “No one is dropping the bill.”