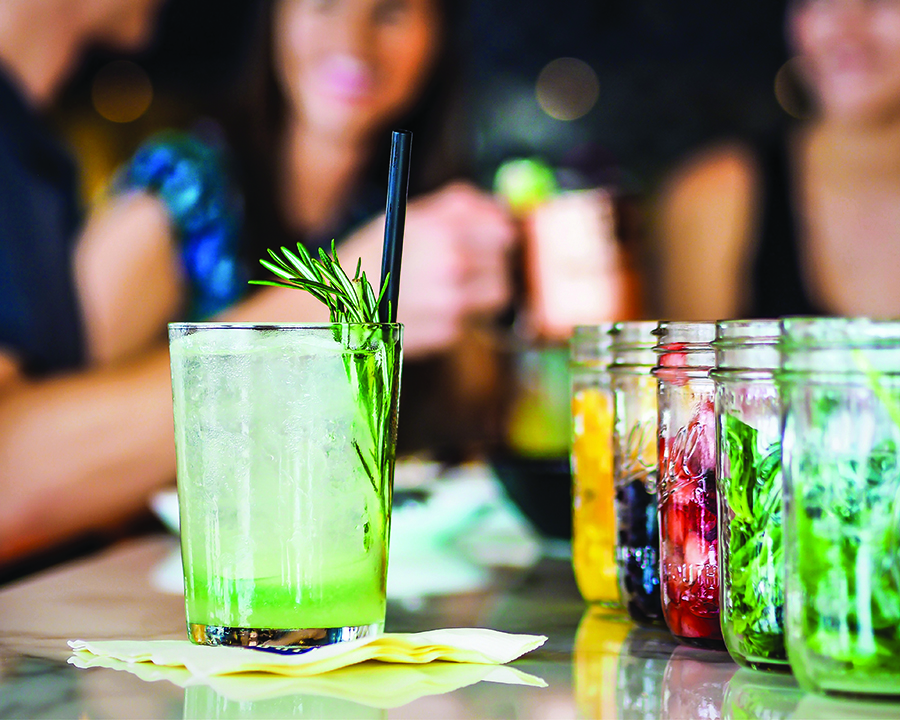 A twist on the Tom Collins is bringing gin back

In his 12 years as a mixologist, Joel Mesa has learned that people cower in fear at the prospect of a gin cocktail. These days, it’s slowly making its way back to the forefront of the bar scene, a trend that Mesa, who runs the beverage program at Bulla Gastrobar (2500 Ponce de Leon Blvd., Coral Gables), credits to the painstaking perfectionism of Spanish mixology practices and the tastes of modern city living.

“On an urban level, I’ve seen gin make a very strong comeback,” he says. “Usually, people who are more urban are more open-minded. A lot of people who are more suburban—mortgage, house, kids—they may not be open-minded; they want to stick with what they’re comfortable with. …. So, in some ways, gin has already made a comeback, but then there’s places where it hasn’t reached just yet, so we’re waiting on it.”

For those willing to give the spirit another try, Mesa suggests forgoing traditional dry gins with a strong pine flavor for Western-style gins with balanced citrus notes such as lemon peel, bitter orange, coriander, cinnamon and more.

A perfect introduction is the Lemongrass Collins, which Mesa concocted with the goal of creating “the ultimate refreshing cocktail.” The foundation is Wint & Lila, a wheat-based Spanish gin with mint, eucalyptus and citrus flavors. It’s a delicate drink—too much soda water and the flavors dissolve, one less cucumber slice and it’s not as refreshing, too much syrup and it’s just not the same drink. This careful approach is a sign of the times.

“I think the reason why people drink this, especially in the Gables, is that they’re looking for a not-so-sweet drink but still refreshing all the same,” Mesa says. “The more young and the more urban you go, the more you’ve got to get away from the sugar a little bit, because that’s not what people want anymore.”

The balance works. Mesa calls it Bulla’s most repeatable drink.

“When people order this, they’re never just going to have one. They’re going to have three or four,” he says. “This is a drink that people just do not get tired of.”

Distribute cucumber slices in highball glass filled with ice. Pour ingredients and stir. Finish off with splash of soda water. Garnish with sprig of rosemary.

For extra freshness, Mesa recommends using homemade lemongrass syrup—boil lemongrass with equal parts sugar and water. (Use 1 pound of lemongrass for each gallon yield of syrup.) Let stand for three days and strain.