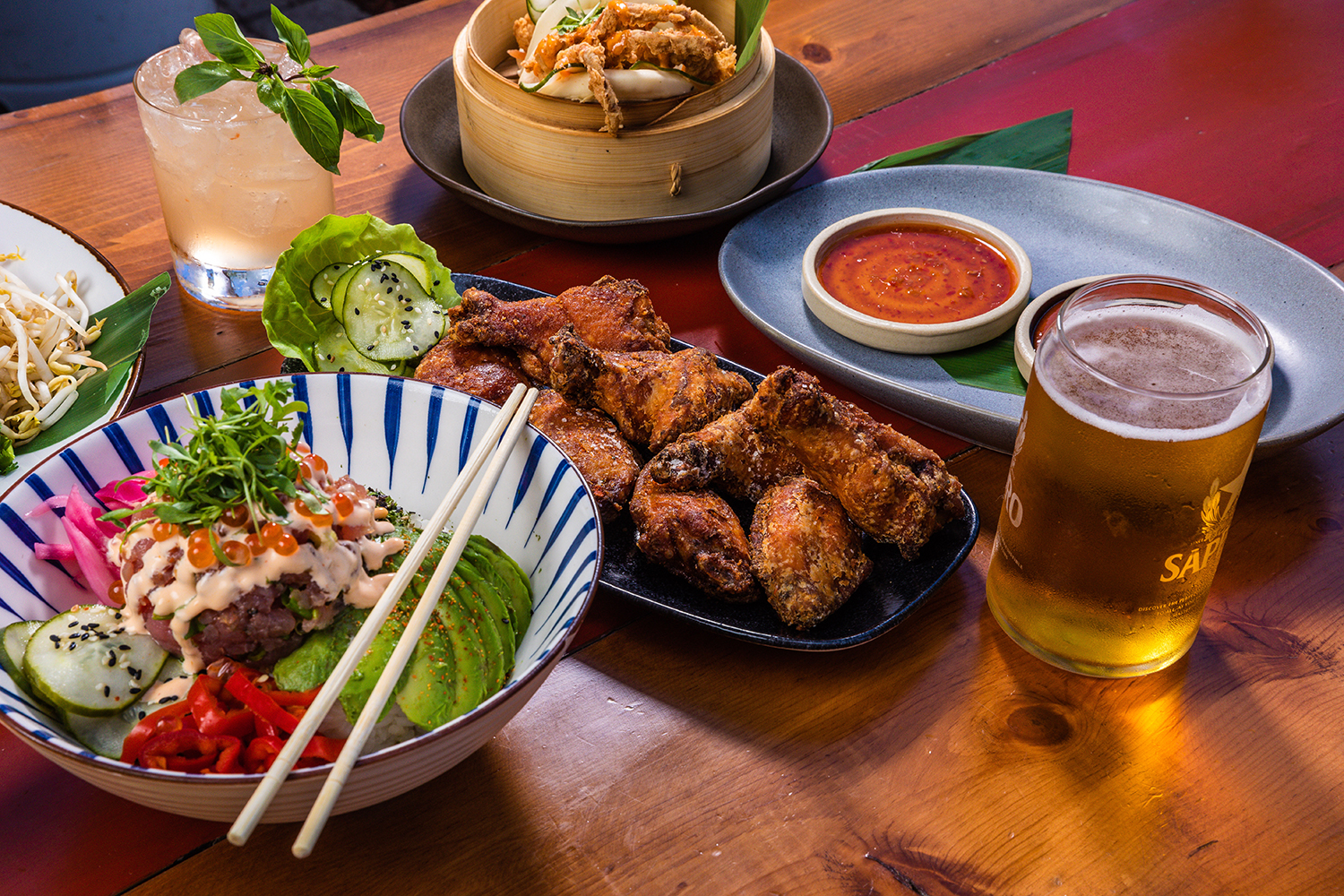 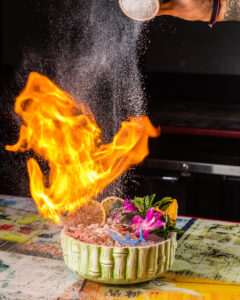 1. Bigger & Better: Since its launch in 2011, Kapow has treated foodies to innovative Southeast Asian cuisine that established the concept as destination dining in and around Boca Raton. The problem became accommodating an ever-growing fan base inside its intimate room at Mizner Park. Consider that problem solved. In September, Kapow relocated to a 5,175-square-foot space (still at Mizner Park) that doubled its seating capacity (including a cover patio area) and added an omakase bar—as well as three private karaoke rooms.

2. Brand Awareness: Co-founder Vaughan Dugan describes the evolution of Kapow in experiential terms. The aesthetic allure starts with a waving Japanese lucky cat by Unique Rabbit that welcomes diners; interior artwork by Craig McInnis and a 95-foot mural by Fort Lauderdale artist Rosanna Kalis adds to the ambience. “By enlisting the talent of top creatives, we are merging art, technology and sustainability in a way that helps us lay the foundation for the future of Kapow,” Dugan says.

3. Do the Evolution: To Dugan’s latter point, look no further than the use of low-water woks and an eco-friendly Peking duck roaster oven (part of an energy-saving initiative that is reducing costs by more than 20 percent). However, those aren’t the only innovations happening in the kitchen, which has incorporated fresh ingredients and different Asian flavors into an updated menu.