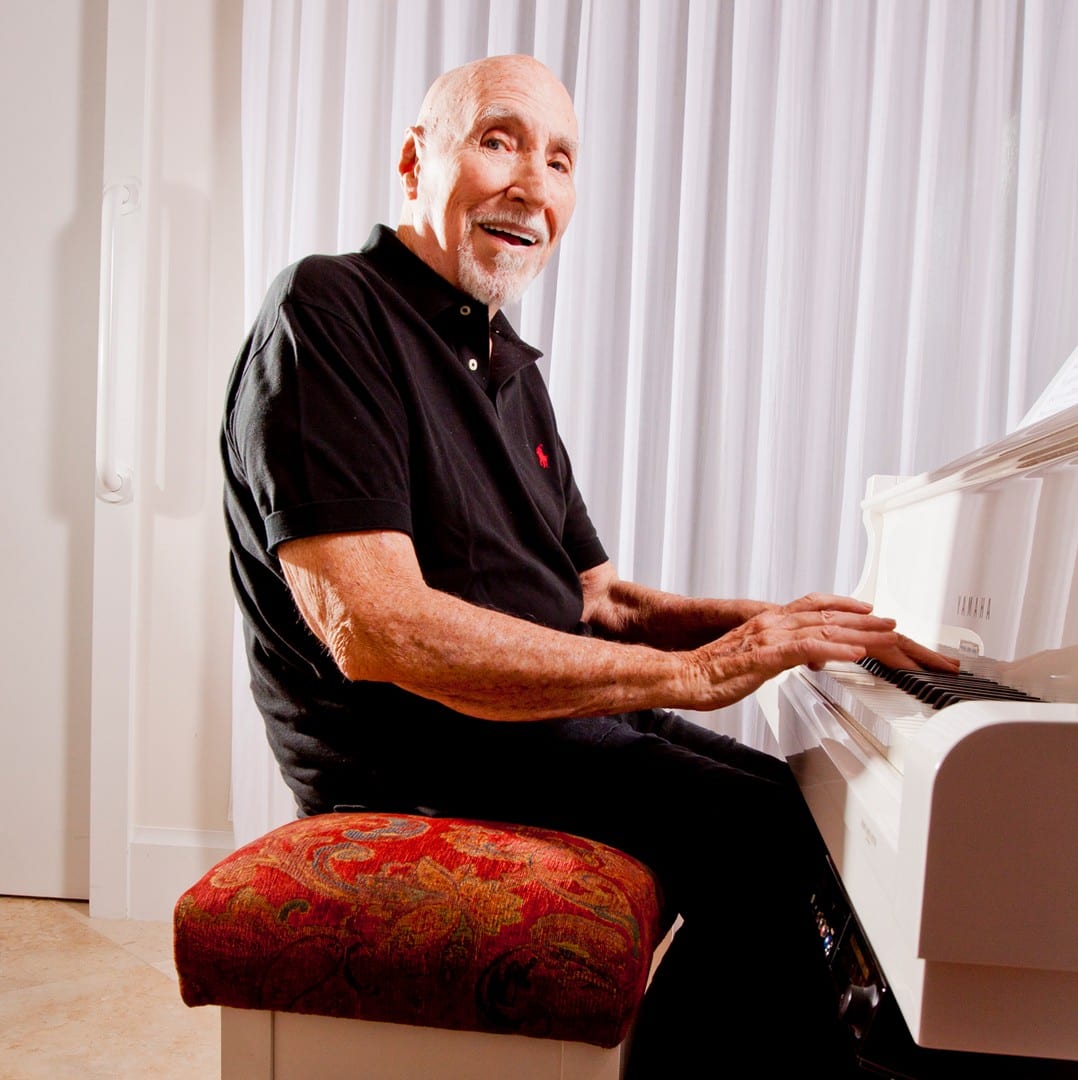 • His last name should sound familiar. Fort Lauderdale resident Tom Dubois Hormel is the grandson of George A. Hormel, who founded what eventually became Hormel Foods. Tom’s father, Jay C. Hormel, is credited with the inventive thinking that made Hormel a household name, especially for Spam luncheon meat, which Jay introduced in 1937.

• Tom, 87, preferred creating music and art instead of working in the family food business. When he was 14, he composed his first song: “Blue September,” a jazzy ballad a la Rodgers and Hart’s “Blue Moon,” and copyrighted it in 1949. When Tom was in his 50s, older brother Geordie took the liberty of recording the song.

• Sun Valley, California, was where Hormel composed “Legend of Bird Mountain,” a 23-minute composition for a full orchestra that will be performed by the South Florida Symphony Orchestra as part of its 2016-17 Masterworks Concert Series. Symphony music director Sebrina Maria Alfonso will conduct the world premiere of the piece that Hormel originally wrote as part of a contest sponsored by the Sun Valley Summer Arts Festival in 1990.

• The orchestration the South Florida Symphony Orchestra will perform was arranged and orchestrated by Sam Lustig and recorded by the City of Prague Philharmonic in 2014.
v Hormel’s Fort Lauderdale home is filled with his spectacular paintings, including his 1985 acrylic on paper titled “The Sun,” in vibrant hues of oranges and yellows—his signature painting that he plans on posting on the side of a building he is renovating on Oakland Park Boulevard, which is set to open in 2017. The name? Sun Medical, which will house functional medicine facilities, of which Tom has a personal interest.

• He plans to attend each of the orchestra’s performances of “Legend of Bird Mountain.” The South Florida Symphony Orchestra performs Hormel’s work in its Masterworks I program Jan. 22 at Carole and Barry Kaye Auditorium on the campus of Florida Atlantic University, Boca Raton; Jan. 24 at Broward Center for the Performing Arts, Fort Lauderdale; Jan. 25 at the Adrienne Arsht Center for the Performing Arts’ Knight Concert Hall, Miami; and Jan. 26 at the Tennessee Williams Theatre, Key West.