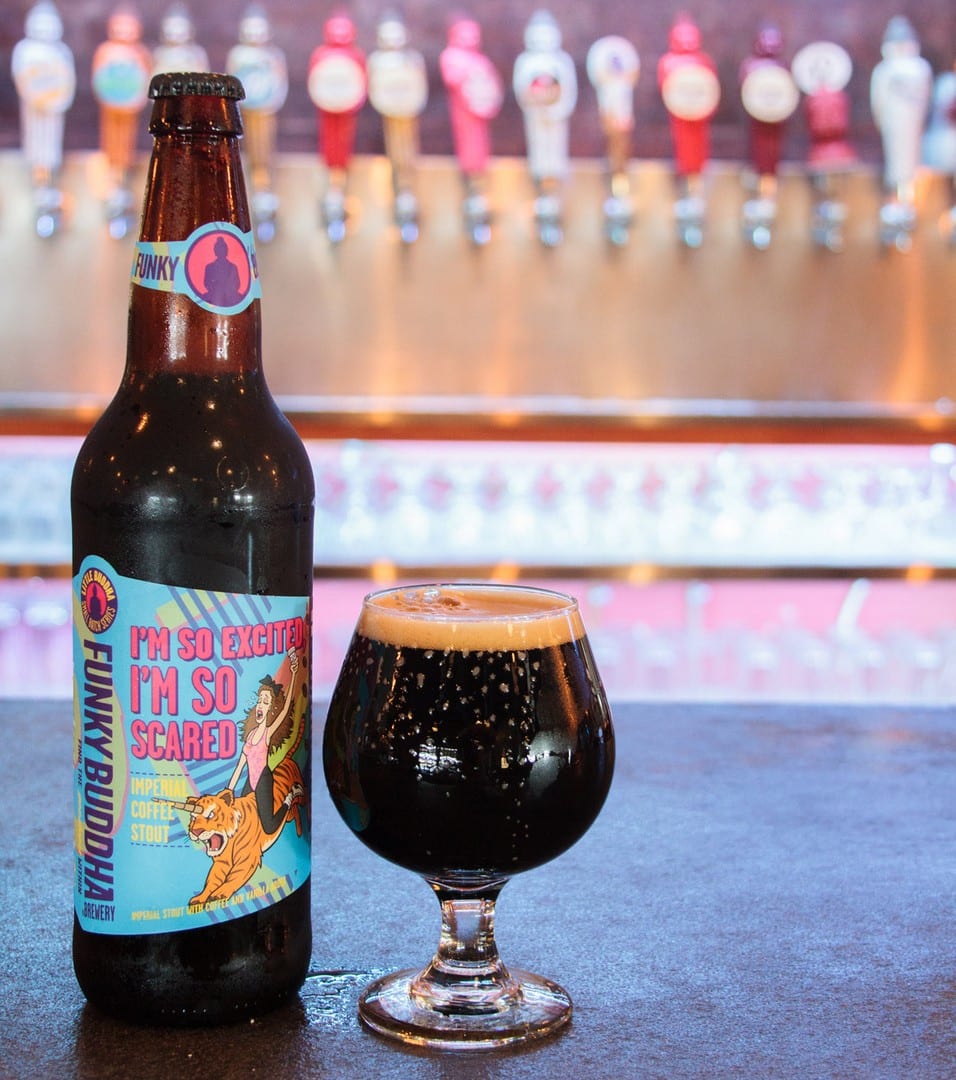 Funky Buddha Brewery’s Russian imperial stout beer, made with coffee and vanilla, “I’m So Excited, I’m So Scared,” is a sly reference to the over-caffeinated Spano and the after-school sitcom. “We come up with an idea for a beer, then we search for a concept and a name after we decide on the ingredients,” says John Linn, brand director at Funky Buddha (1201 N.E. 38th St., Oakland Park, 954.440.0046, funkybuddhabrewery.com). “The ingredients will define what we’re trying to convey.”

Linn says Funky Buddha founder Ryan Sentz is the Willy Wonka of beer making, concocting brews that are “flavor memory” driven such as the popular Butta’ Cup. Sweet chocolate and salty peanuts are joined with a double brown ale to evoke the flavor of Reese’s Peanut Butter Cups in a beer.

Beyond the brews that conjure childhood memories, Funky Buddha produces its share of culinary inspired offerings. Breakfast in a Glass, for example, is a sticky-sweet double brown ale loaded with maple syrup and cinnamon. This month, the brewery will introduce its new blonde ale made with fresh pineapple juice, Pineapple Beach, which will be in stores, restaurants and bars across Florida.